Hmmm...ok, it looks like I'll have to drop my "QHPs selected as a percent of determinations" rule of thumb back a bit. I figured that MA would be up to around 88K by today; instead they're just below 86,000. Still impressive, though...and the 160K Medicaid enrollments are equally so.

In addition, the payment rate is now up to 72% of the total, up from around 65% a couple of weeks ago. Again, remember that many of these 86K are for February start dates, so the payment rate is a bit misleading (for instance, it's possible that 60K out of 67K January enrollees have paid so far (90%) while only 2K out of 19K February enrollees have paid (11%), or something along those lines).

Again, it's also worth noting that in addition to the 86K QHPs selected, there's another 5,511 waiting for checkout and another 76K people who have filled out all their info and been approved for QHP coverage, but who haven't actually selected a policy yet. Some of these may be duplicates or abandoned accounts, of course, but assuming, say, 80% of them eventually do complete the process, that would bring Massachusetts up to a minimum of 151K QHPs by Feb. 15th. If 90% do so, that's a minimum of 159K...and that doesn't include the additional people who start/complete the process over the 40 days remaining in the enrollment period. 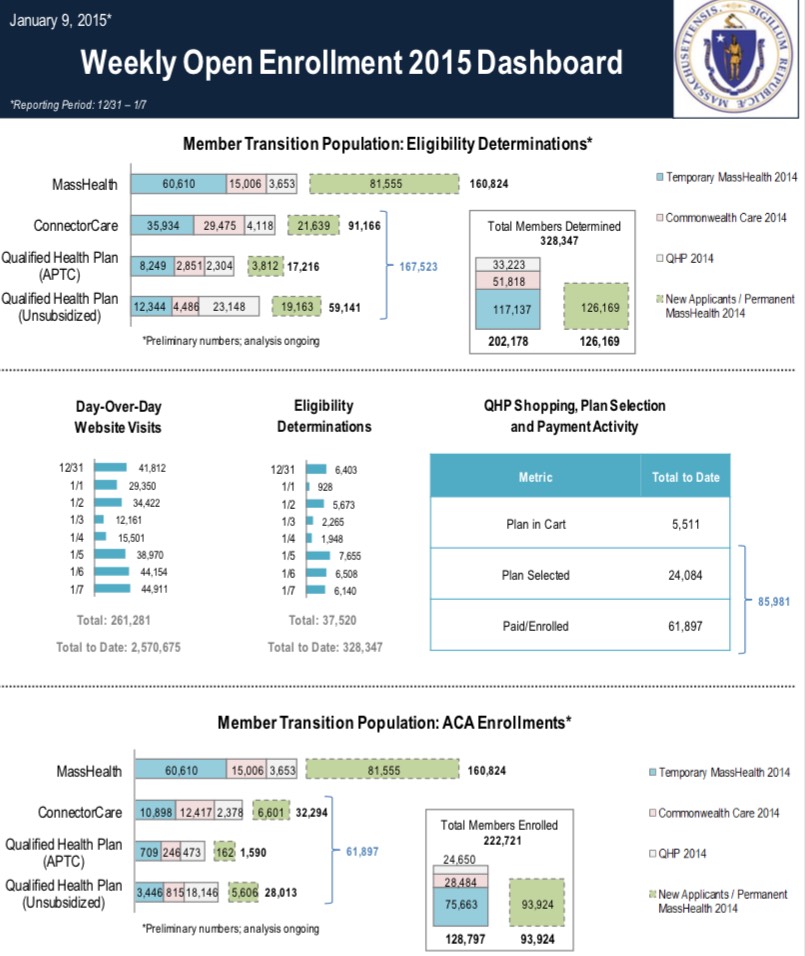