I spent over a year posting weekly updates to my vaccination-rate-by-partisan-lean graph. I then moved to monthly updates as I was backed up with other work, and my last one was back in July.

This will be my final update of this graph for four reasons:

Having said that, here's my methodology reminders:

With all this in mind, here's what things looked like as of September 7th, 2022: 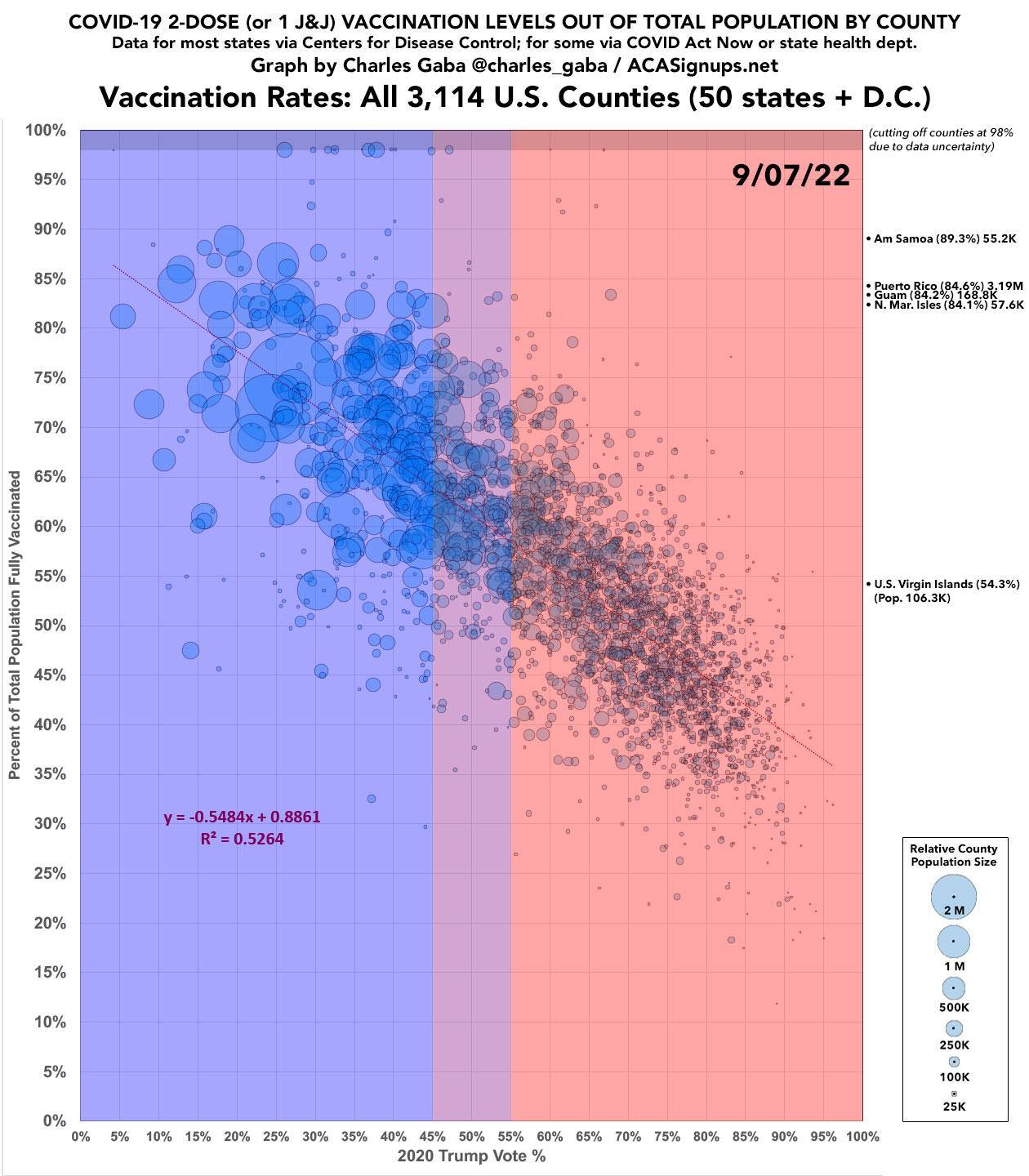 And yes, the correlation (R^2) and slope angle are still continuing to gradually inch their way higher. As I predicted back in July, there's been a slight bump since then, since the first batches of 6mo - 4yr old children have started getting their 2nd or 3rd vaccination dose: 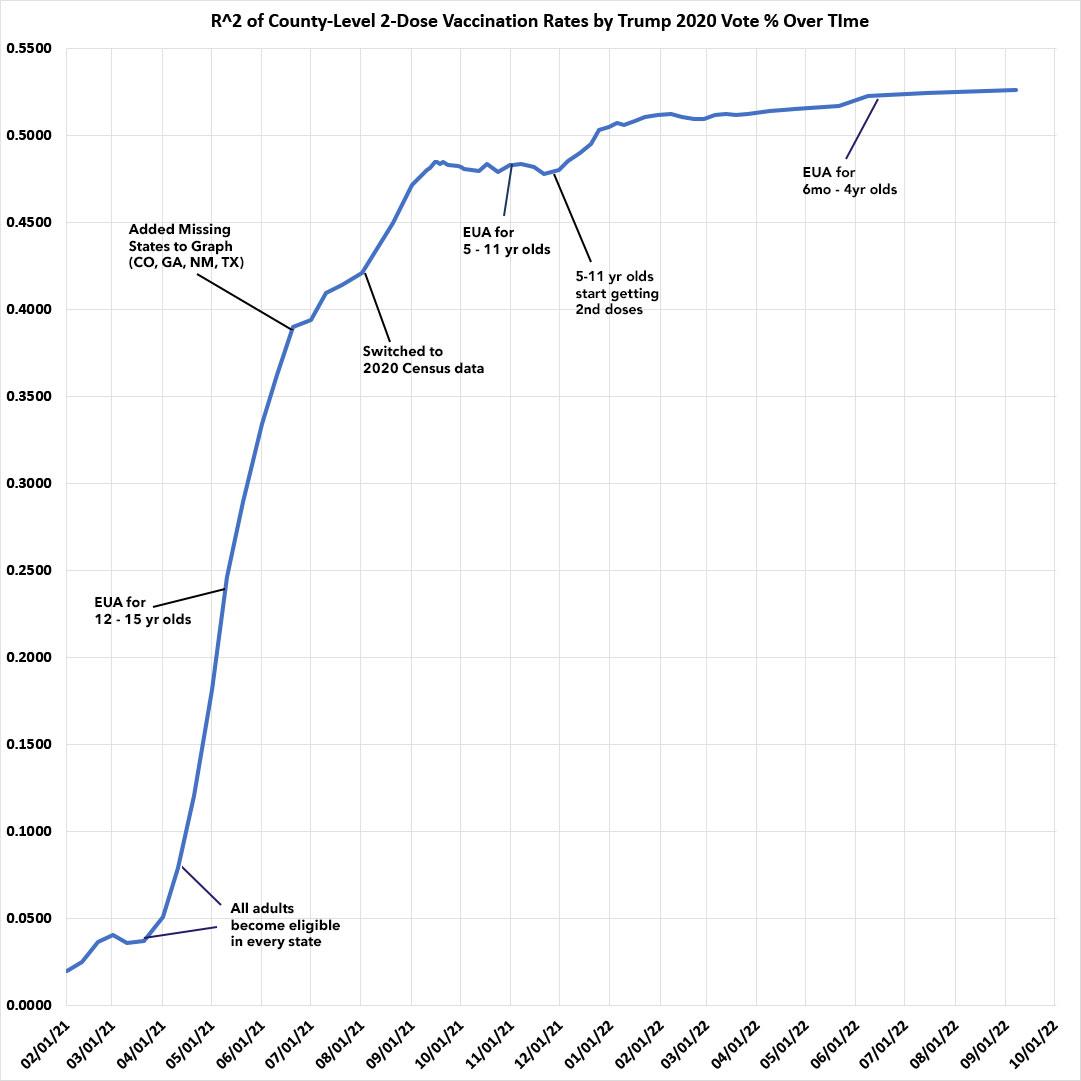 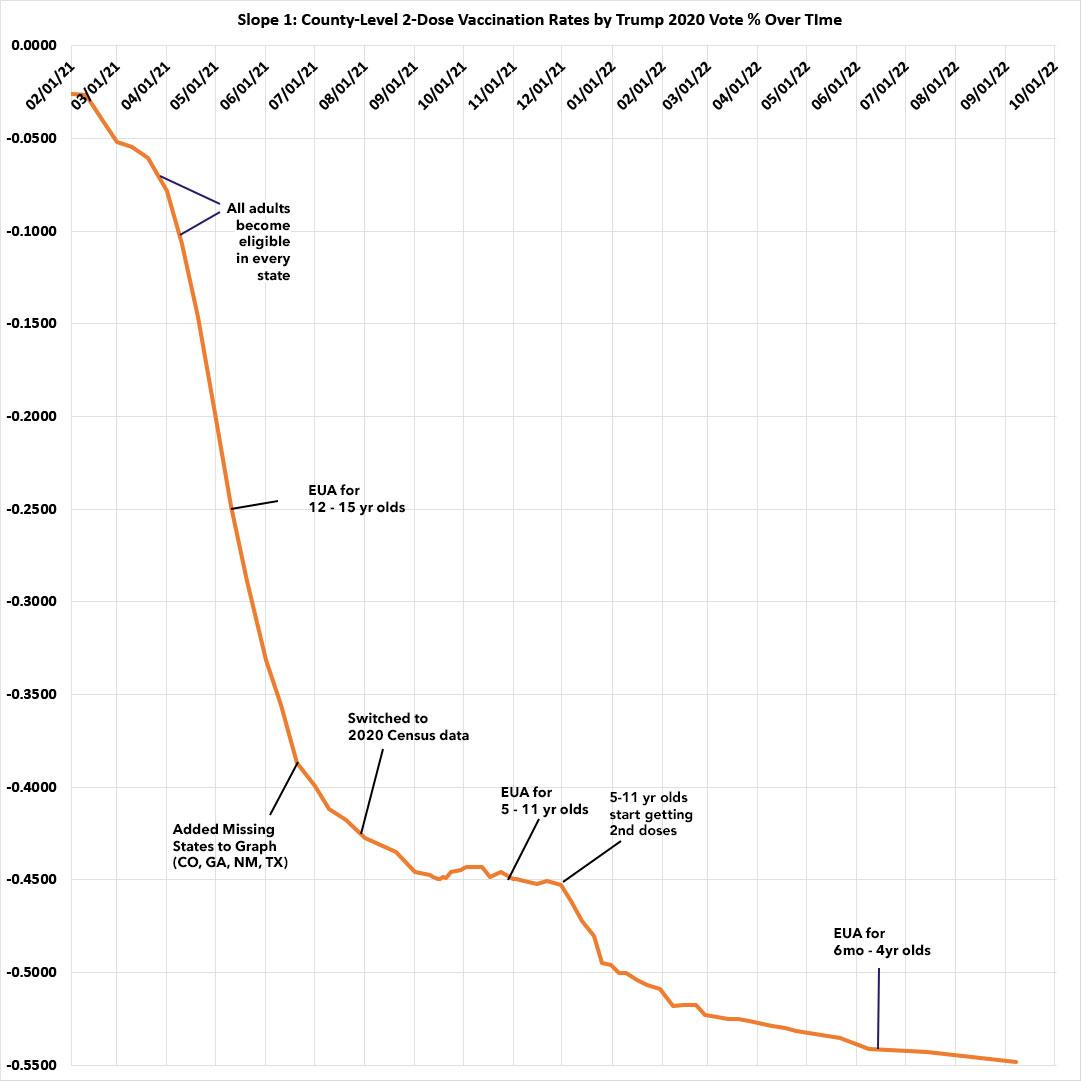