On the other hand, some of them do include the actual enrollment data, and thanks to a Texas Dept. of Insurance Open Records Request, I was able to acquire data for a few more (mostly on the small group market). Some of the data for some carriers is apparently still considered confidential information.

As a result, I've been able to hobble together a partly-weighted average for the 14 insurance carriers returning to Texas' individual market (there also appear to be four new entries, although I've received conflicting information about that). This assumes the total TX indy market is around 1.9 million enrollees (on + off-exchange), which should be fairly close...I hope.

Assuming I have all of this reasonably accurate, the statewide average rate increases being requested by Texas individual market carriers next year is around 8.8%.

If I'm wrong...well, the unweighted average rate increase is 8.1%, for whatever that's worth.

As for the small group market, I don't feel confident even estimating the total size of that, meaning I can't even make a guess as to the weighted average rate change, but the unweighted change is +5.4% overall. 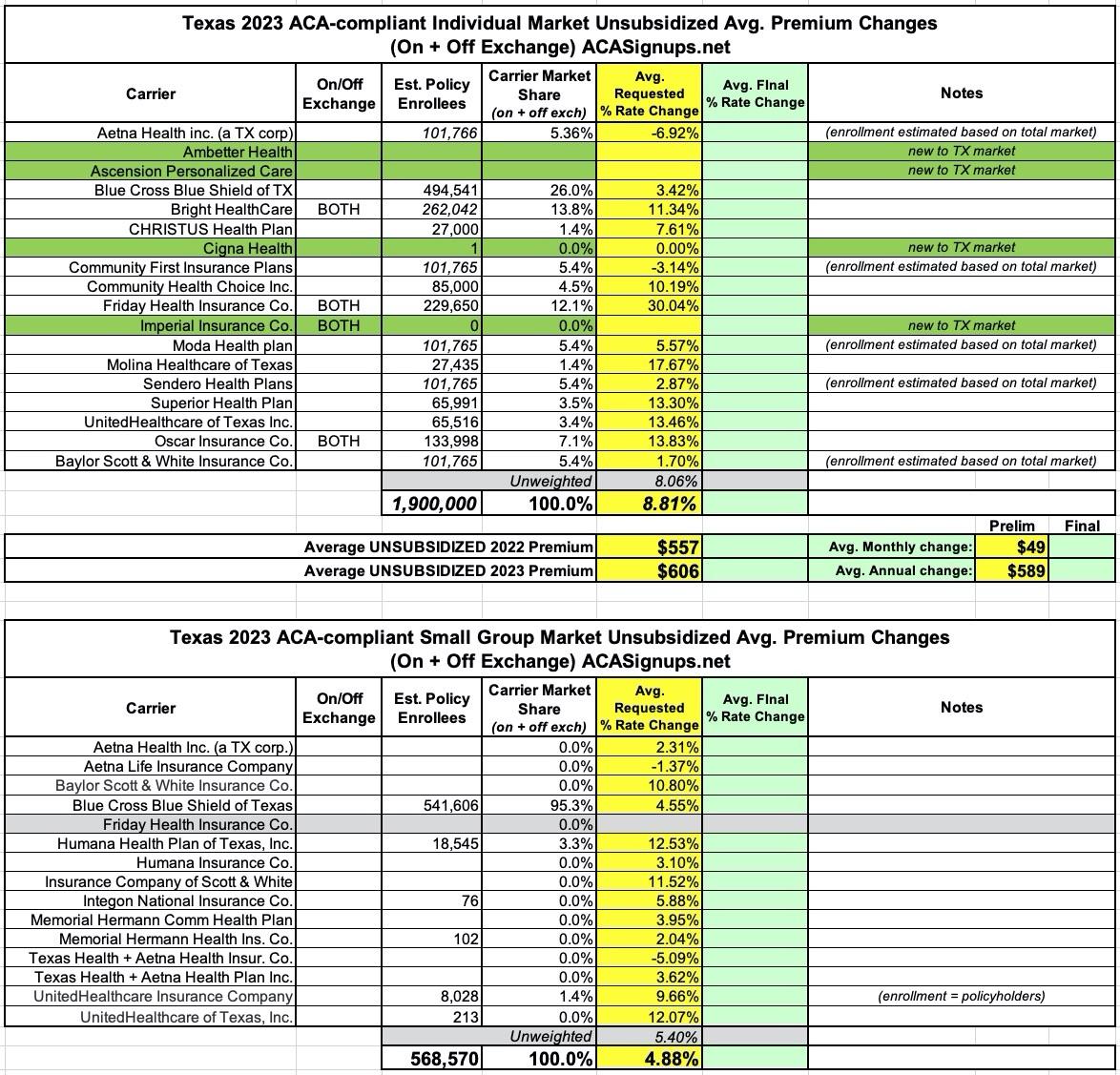