Going forward, it looks like I'm going to have to do some educated guesses for a lot of carrier enrollment numbers for the states which haven't made their full 2023 rate filing data publicly available. The federal Rate Review site includes the average rate increases for each individual carrier, but most of the enrollment data is still redacted.

In Oklahoma, there are 7 carriers offering individual market coverage next year (it looks like Bright Health Insurance is dropping out). I have hard enrollment numbers for 4 of them; for the other three, I'm assuming equal enrollment for each based on a rough assumption of ~190,000 total indy market enrollees statewide.

Assuming this is fairly close, that would put the weighted average rate increases at roughly 8.8%. If not...well, the unweighted average would be 9.0% anyway, so this is at least somewhat more accurate.

For the small group market, I don't even have a decent total market size to base an estimate off of, so I have to go with the unweighted average of 8.1%. 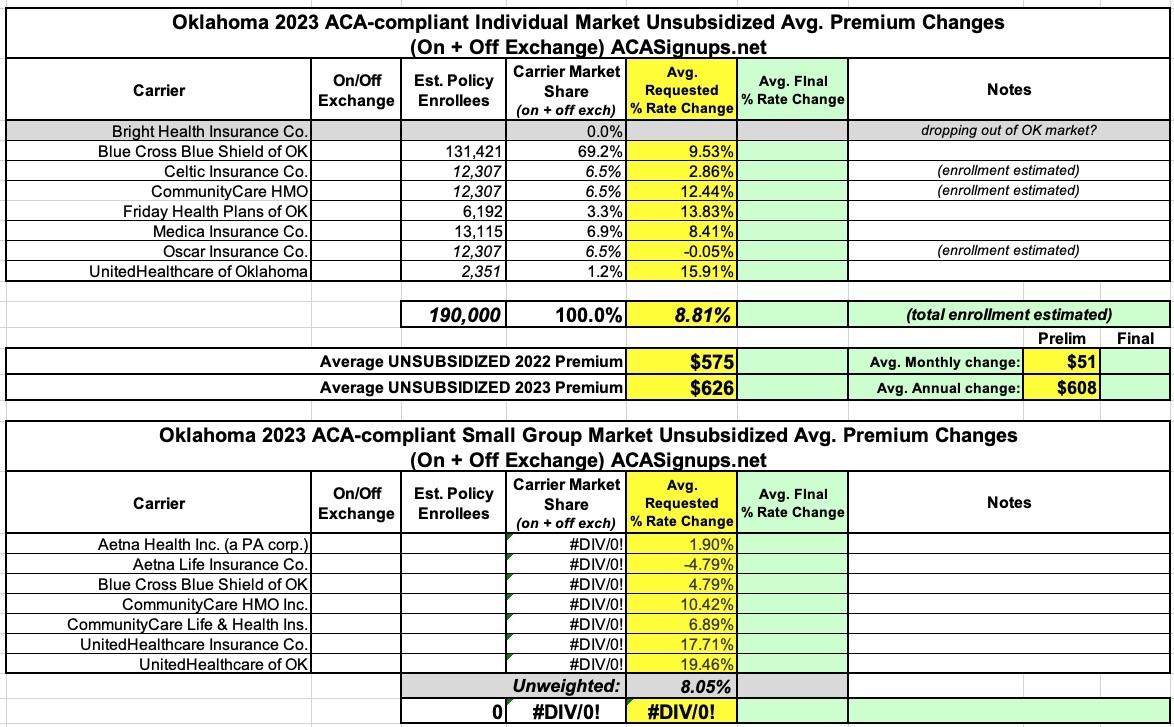