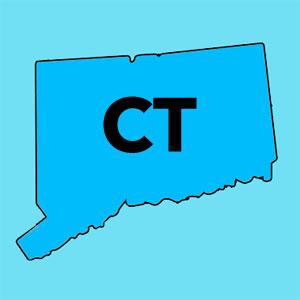 Ouch. Via the Connecticut Insurance Dept:

The Connecticut Insurance Department has posted the initial proposed health insurance rate filings for the 2023 individual and small group markets. There are 13 filings made by 9 health insurers for plans that currently cover approximately 206,000 people.

Harvard Pilgrim Health Care and HPHC have decided to leave the CT market and will no longer offer new business small group health plans. They will only renew existing plans through the end of their appropriate plan years.

The 2023 rate proposals for the individual and small group market are on average higher than last year:

The proposed average individual rate request is a 20.4 percent increase, compared to 8.6 percent in 2022 and ranges from 8.6 percent to 25.2 percent.

(I have the small group market down as +15.4%...not sure what accounts for that discrepancy.)

In addition, carriers have attributed the proposed increases to:

The Insurance Department will conduct actuarial reviews on each filing to determine if they are justified and will either approve, reject or modify the request. The minimum 30-day public comment period on all filings begins today (July 8) and comments can be filed online through the link that accompanies every filing or can be delivered to the Connecticut Insurance Department at P.O. 816, Hartford, CT 06142-0816.

The Department expects to make final rulings on the proposals in September. Open enrollment for the 2023 coverage year begins November 1, 2022.

As for the specific reasons for the increases on the individual market:

On July 1, 2022, Anthem Health Plans, Inc. filed a rate request for an average 8.6 percent increase on individual health plans marketed on and off the state’s health insurance exchange. There are approximately 27,698 people covered in Connecticut under these Anthem plans, both on and off the exchange. The company’s price calculation does account for a 9.2 percent impact of medical cost inflation, provider contracting changes and increased demand for those medical services, a factor known as “trend.”

According to Anthem, the key factors of the price calculation are:

On July 1, 2022, ConnectiCare Benefits, Inc. (CBI) filed a request to raise rates an average of 24.1 percent for individual health plans marketed through Access Health CT, the state’s health insurance marketplace. There are approximately 75,003 people covered under these policies. CBI stated the requested increase is based on a number of factors including rising medical costs and a demand for services, an effect known as “trend.” That factor is expected to have a projected impact of 12.1 percent on the insurer’s claims costs.

In calculating the proposed 2023 rates, CBI also stated that:

You get the idea. Not a pretty picture in the Nutmeg State if the American Rescue Plan's expanded subsidies aren't extended beyond 2022. 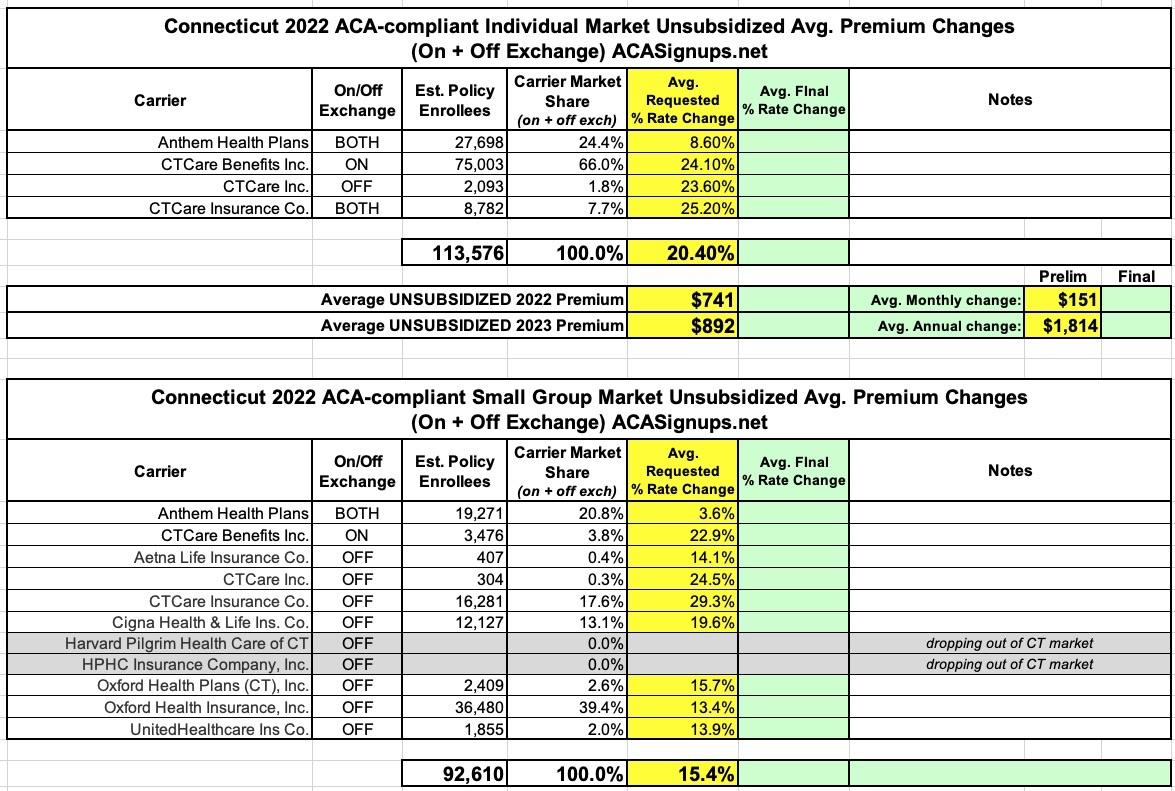