via the DC Dept. of Insurance, Securities & Banking:

“In keeping with the Bowser Administration’s vision to protect residents and small business owners, DISB ensures that District insurance rates are adequate and fair,” said DISB Commissioner Karima M. Woods. “The Department is scrutinizing the proposed rates and will make a determination on final rates after a public hearing in September.”

Ouch. As always, these are preliminary flings only; some or all of them could be reduced significantly by DC regulators. Even so... 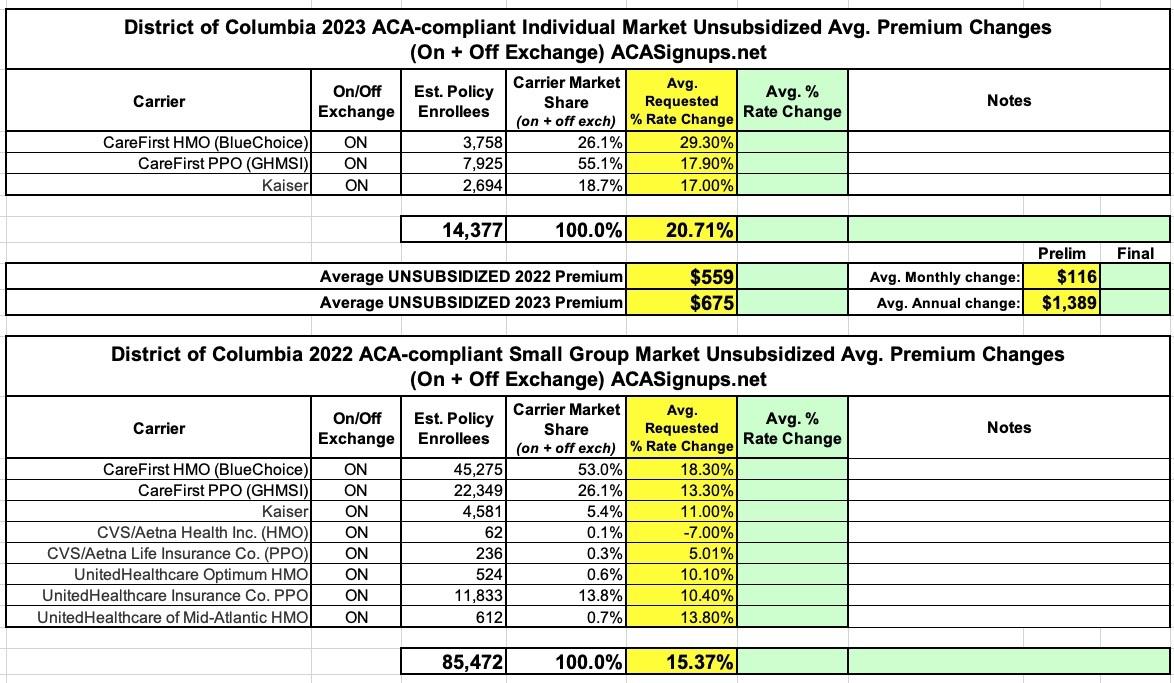