I've been warning about the Uncertainty Factor for months. CAP has now quantified it. 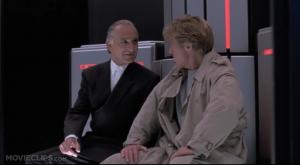 As the bevy of bullet points above illustrate, I've been shouting from the rooftops for months that while the official existential threats to the ACA are very much real, there's also the unofficial threat...namely, the Uncertainty Principle. In a nutshell:

As I've said many times, Trump doesn't have to kill CSR payments, he just has to leave the carriers NOT KNOWING whether he'll kill them. https://t.co/DfmRbzuRwZ

HOWEVER, the mere threats and uncertainty surrounding each of the above factors itself is also likely to cause massive rate hikes regardless of whether Trump/GOP follows through on any of the above.

I discussed this in a post back on March 17:

Now, put yourself in the position of an insurance carrier executive and/or one of their actuaries. The level of uncertainty in the air is mind boggling. You have five choices for your initial filing:

Anderson believes, and I tend to agree with him, that for the most part, the initial (again, not necessarily final) rate filings will tend towards #3 above, with smaller doses of #2, 4 and 5. I can't imagine that any carriers will be bold enough to assume #1 at this juncture (though this could obviously change between now and mid-June)...even if, ironically, #1 ends up being how things actually play out (ie, no repeal, no replace, the ACA stays mostly as is...although with Trump/Price still poking it with sticks along the way).

...but I had no idea what the actual percentages were; my "+20/+40%" are just placeholders to illustrate the point.

Well, the Center for American Progress has stepped up to the challenge again and tried to actually quantify the Uncertainty Principle:

Insurers are currently setting prices for 2018, with proposed rates coming in the next month or two and final rates by late summer or early fall. During this process, insurers typically consider a range of factors, including the anticipated number of enrollees, their expected health expenditures for the year, and trends in medical costs. Government actuaries predicted that costs in the individual market would grow by 7.2 percent for 2018. If the market is in equilibrium—and it is likely that insurers will be profitable or close to it this year—then premiums should not increase by more than this medical trend.

In other words, if CSR payments continue and the mandate is enforced and the GOP stops monkeying around with the ACA and Trump stops tweeting about it "exploding" and "collapsing" etc etc, then the expectation is that the overall, national, unsubsidized average rate hike should be around 7.2% next year...not fantastic, but not awful.

But now insurers must also account for possible cost increases resulting from legislative changes or executive actions by the Trump administration. The higher the risk of such changes, the greater the pressure on insurers to hike rates beyond what they would charge based on normal market factors—what S&P has called an “uncertainty buffer.” While there are a range of factors contributing to uncertainty, the primary drivers for insurers are whether the administration will make required subsidy payments, known as cost-sharing reductions, and whether it will adequately enforce the individual mandate.

...A study by The Commonwealth Fund suggests that eliminating cost-sharing reductions payments could increase premiums by 14 percent, in addition to causing a large number of insurers to leave the exchanges. Other studies have suggested an even higher increase if the compensating premium increase occurs among silver plans alone, from 19 to 29 percent. Similar estimates have been put forward by insurers, actuaries, and insurance commissioners, as well as by hospitals, doctors, and the U.S. Chamber of Commerce.

Adding together the predicted effects of eliminating cost-sharing reductions and the individual mandate, we estimate insurers would need to increase premiums by 34 percent to compensate for the loss of both the mandate and cost-sharing reductions. This estimate is similar to the estimate of 25 to 30 percent put forward by the CEO of Molina Healthcare, which has been one of the more successful insurers in the exchanges. According to data from the Centers for Medicare and Medicaid Services, the average monthly premium for 2017 coverage is $5,652 annually. A 34 percent uncertainty rate hike would raise the average premium by $1,920.*

But wait, it gets even better.

But even the mere possibility that the Administration fails to implement these ACA provisions could spur a rate hike. Assuming a 25 percent chance that both these changes occur would suggest an 8.5 percent rate hike, or $480 annually on top of normal premium growth, as shown in Table 1. If insurers priced in a 50 percent likelihood of both these changes, that would lead to 17 percent increase or $960.

Early data show that 2018 rates may be coming in higher than expected in many places. In a recent survey of insurers, the consulting firm Oliver Wyman found that the median rate increase for 2018 will be somewhere between 10 and 20 percent, an increase above what medical trend alone would justify.

Oh, and as I've also been warning over and over again...

Note that heightened unpredictability also makes insurers more likely to simply leave the market entirely—especially if the administration’s statements and actions to date lead them to conclude that it will try to sabotage the market.

Insurers are at work setting their 2018 rates now, with state and federal filing deadlines just weeks away. If Trump and Congress do not take action very soon to permanently fund cost-sharing reduction payments and commit to full enforcement of the mandate, cautious insurers will guard against uncertainty by hiking premiums. In addition to taking these concrete steps, Trump and Republican congressional leadership should also stop rooting for the insurance marketplace to fail. When it comes to premium pricing, even empty words can have real consequences for people’s health care costs.