That sound you heard was an Insurance Carrier-Shaped Hole being broken through the wall. 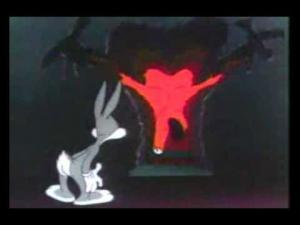 “The idea that you can repeal the Affordable Care Act with a two- or three-year transition period and not create market chaos is a total fantasy,” said Sabrina Corlette, a professor at the Health Policy Institute of Georgetown University. “Insurers need to know the rules of the road in order to develop plans and set premiums.”

Having talked to a number of CEOs & states, @SabrinaCorlette is right, if not understating.https://t.co/Ri5TtkHz7Z

2. Looking at the calendar for the 2018 Marketplace. pic.twitter.com/Kq42ZFGWAc 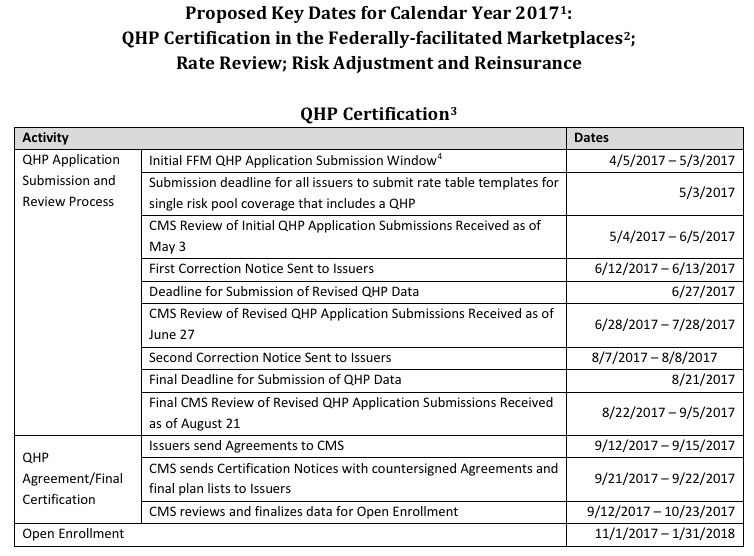 And 3. Being very, very nervous

The American Academy of Actuaries, today:

With plans for repeal of all or part of the Affordable Care Act (ACA) reportedly being prioritized for action early in the 115th Congress, the American Academy of Actuaries’1 Health Practice Council urges you to consider the potential adverse consequences of repealing provisions of the ACA, such as the individual mandate and enrollee subsidies, without also enacting a replacement approach at the same time. Repealing major provisions of the ACA would raise immediate concerns that individual market enrollment would decline, causing the risk pools to deteriorate and premiums to become less affordable. Even if the effective date of a repeal is delayed, the threat of a deterioration of the risk pool could lead additional insurers to reconsider their participation in the individual market. Likewise, eliminating the reimbursements to insurers for cost-sharing reduction (CSR) subsidies could result in insurer losses and solvency challenges, leading insurers to further consider withdrawing from the market. In either case, significant market disruption could result, leading to millions of Americans losing their health insurance.

A sustainable health insurance market depends on enrolling enough healthy people over which the costs of the less healthy people can be spread. To ensure viability when there is a guarantee that consumers with pre-existing conditions can obtain health insurance coverage at standard rates requires mechanisms to spread the cost of that guarantee over a broad population. The ACA’s individual mandate encourages even the young and healthy to obtain coverage. In addition, the ACA’s premium and cost-sharing subsidies provide enrollment incentives because they make coverage more affordable.

Eliminating the ACA’s individual mandate, premium subsidies, or cost-sharing subsidies would increase the likelihood of adverse selection, in which people who are most at risk of high health care costs would be the most likely to enroll, while many healthier individuals decide not to purchase coverage. Premiums for the remaining pool would increase as a result, further exacerbating adverse selection concerns. A premium spiral could result, with fewer and fewer insureds and higher and higher premiums.

Increased uncertainty and instability regarding future enrollment, premium rates, and risk pool profiles if coverage incentives are eliminated would increase the risk of insurers incurring losses. Insurers would likely reconsider their participation in the market and some may choose to exit in the near term. This could lead to severe market disruption and loss of coverage among individual market enrollees.

Eliminating CSR reimbursements could also cause insurers to withdraw from the market.

The prospect of losses and increased solvency risks could lead to insurers opting to withdraw, leading to severe market disruption and loss of coverage among individual market enrollees—both those receiving CSR subsidies and those not. To date, CSR reimbursements have been made automatically, outside of the annual appropriations process. Subjecting the reimbursements to the appropriations process would increase the uncertainty regarding whether these payments would be made on an annual basis, thereby making it more difficult for insurers to set premiums. This could lead to higher premiums and make insurers more reluctant to participate in the individual market.

Should Congress take up consideration of a repeal of the ACA or elimination of the CSR reimbursements, the American Academy of Actuaries’ Health Practice Council strongly encourages you to recognize the potential unintended consequences inherent in leaving the individual market without the certainty it requires to remain sustainable by neglecting to also enact a viable replacement. Delaying the effective date of repeal while a replacement is worked out likely won’t be enough to assure the stability and sustainability of the individual market. We would welcome the opportunity to discuss our concerns with you in more detail. We would also be happy to work with you to consider options that can strengthen the individual market so that it can provide coverage to individuals regardless of health status that is affordable to consumers as well as taxpayers.

So naturally, Republican U.S. Senator John Cornyn had this to say:

Asked if it has been decided that there will be a 3 year off ramp for Obamacare, @JohnCornyn says, 'yes.'

Let's get this straight: I am no fan of the private, profit-based insurance industry. I have little sympathy for the CEOs who get paid up to $17 million per year. I'm on the record as being a single payer advocate (or at least, something much closer to single-payer than we have now).

HOWEVER, at the moment, there are around 20 million people who are:

...whose only viable option for comprehensive healthcare coverage happens to be the private individual/non-group market. And until that changes, private, profit-based health insurance carriers are pretty much what those 20 million people (myself included) have to contend with.

So, for the moment, let's forget about whether or not the Insurance Companies are Evil® or not, because that's kind of irrelevant at the moment. You may think that they should stick around the individual market for the Good of Humanity, etc etc...but the bottom line is...the bottom line. If a given insurance carrier believes that offering policies on the individual market (whether on or off the ACA exchanges) will be profitable, they'll do so. If they don't think it will be profitable, they won't. It's that simple.

The only caveat to this is that they might be willing to stick around and eat some amount of losses for a few years while the market settles down and stabilizes...but they'll only do this if they're reasonably sure of profits from the individual market in the foreseeable future.

Some carriers happened to get it right early on, and have been making profits off the ACA exchanges already, such as Centene, Molina and Florida Blue.

Some carriers gave it a shot for a few years, lost a bunch of money and decided to largely pull up stakes already, such as UnitedHealthcare, Aetna and Humana.

Finally, there are other carriers which may have lost money the first few years but which seem to be turning things around, such as Blue Cross Blue Shield of North Carolina.

The point is that as ugly as this year's 25% average unsubsidized rate hikes on the indy market may prove to be, there's quite a bit of evidence that the tide has finally started to turn, and that once we get over the 2017 hump, the market should stabilize, the current carriers should become far more likely to turn a profit, and the carriers which bailed may be encouraged to dip their toes back in the water.

The moment that the ACA is repealed, however...whether partially or fully, and whether there's a "3 year delay" or not...all of that becomes moot.

Again, look at this from the perspective of an insurance carrier CEO. Let's say you're participating in all 5 markets: Managed Medicare, Managed Medicaid, Large Group, Small Group and Individual.

Let's say you're making money in 4 of them. For the individual market, you've been losing money, but you've been biding your time for 4 years now, holding your tongue, patiently waiting for the ACA dust to settle. You start to see the light at the end of the tunnel; this final rate hike seems to have done the trick. Next year you'll break even; in 2018, you might even turn a profit in this division as well! Yay!

Oh, don't worry, Paul Ryan says; the exchanges will still be around for another 2-3 years...before we pull the plug on them permanently.

Would you be willing to keep dealing with the hassles for another 3 years when you know it's all gonna be for nothing at the end of that period anyway​?

Some carriers might, but I strongly suspect that most of them will find this to be the last straw, cut their losses and bail...as soon as 2018.

And let's be very clear about this: If the Republican Party and the Republican President do indeed repeal the Affordable Care Act--either partially or fully, and with either immediate effect or a 3-year delay, the responsibility for the disruption to the market, tens of millions of people losing their coverage and confusion all around will fall completely on them, and no one else.