Danger Will Robinson: ARP subsidies might NOT be extended after all?? 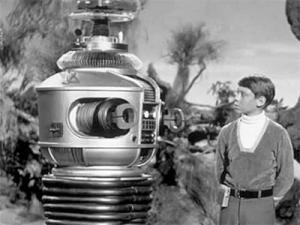 House Speaker Nancy Pelosi (D-CA) said Thursday (June 16) that budget reconciliation legislation might not extend an increase in subsidies for health exchange insurance premiums; the subsidies are needed to avert a spike in Obamacare insurance rates right before the midterm elections.

...When a Punchbowl News reporter asked Thursday about that meeting and whether a reconciliation deal is expected soon, Pelosi’s response was, “It’s alive.”

“There are certain concerns we have about subsidies in the health care bill and the rest, which may or may not be in the negotiations,” she said.

...President Joe Biden included drug pricing reform in an inflation-fighting proposal released over the weekend -- but his plan did not mention the enhanced ACA credits, raising some eyebrows.

..Democrats had counted on drug price controls to pay for the enhanced ACA subsidies, but Manchin recently said the subsidies did not come up in his talks with the White House.

Here's the relevant section of the actual press conference itself:

Q: I just want to ask you, you met with the President yesterday and Senator Schumer. Sounded like you were meeting on reconciliation. Is there any movement on this at all or –

Speaker Pelosi: Well, reconciliation is a Senate matter now. We passed our bill. We’ve made our views known. And that is a closely-held negotiation on the Senate side. Suffice it to say that we expressed our interest in it – the timing of when it would happen, but we did not get into the details.

Q: Is there any chance it happens in July or anything?

Speaker Pelosi: Well, it's alive. I'll just say that. It's alive. I would say that. There are certain concerns that we have about subsidies in the health care bill and the rest, which may or may not be in the negotiation. But we shall see.

But whatever it is, everything that was in the reconciliation bill is great. So if we just have some of it, that will be very good, and we look forward to that. But I just don't know. As I think you know from the dynamic around here, Senate negotiation is very close-held, as it is on the guns right now as they write the legislation to match the priorities that they put forth. We hope that the priorities will survive the legislative writing of the bill.

Now, here's the thing: Pretty much every House Democrat across the ideological spectrum is onboard with making the American Rescue Plan's enhanced ACA subsidies permanent, along with pretty much every healthcare policy reform organization. Hell, you everyone from Families USA and Protect Our Care to the Blue Cross Blue Shield Association pushing hard for this. I find it extremely difficult to believe that they wouldn't include this provision in such a bill.

It's entirely possible--and I've heard from at least one reliable source that this is likely the case--that the enhanced subsidies will be included, but possibly not at quite as generous a level or possibly with the return of a higher subsidy cliff than the original 400% FPL threshold.

As a reminder, here's what the original ACA subsidy formula and the ARP's enhanced formula look like side by side: 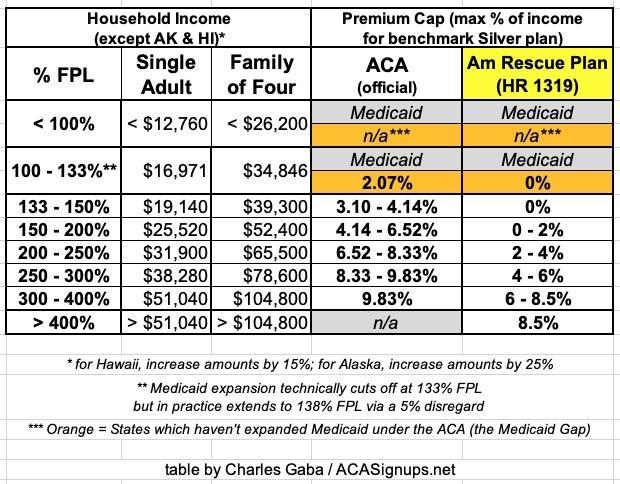 If it ends up being something along these lines, it wouldn't be ideal, but it would still be a hell of a lot better than the original ACA structure, which cut off all subsidies for those earning more than 400% FPL.

Of course, if scraping together enough cash to pay for the extension is an issue, I have an idea which would cut it down by a few billion dollars, anyway.

UPDATE: It does occur to me that the actual wording of Speaker Pelosi's response here...

"There are certain concerns that we have about subsidies in the health care bill and the rest, which may or may not be in the negotiation."