With all this in mind, here's what things looked like as of February 7th, 2022: 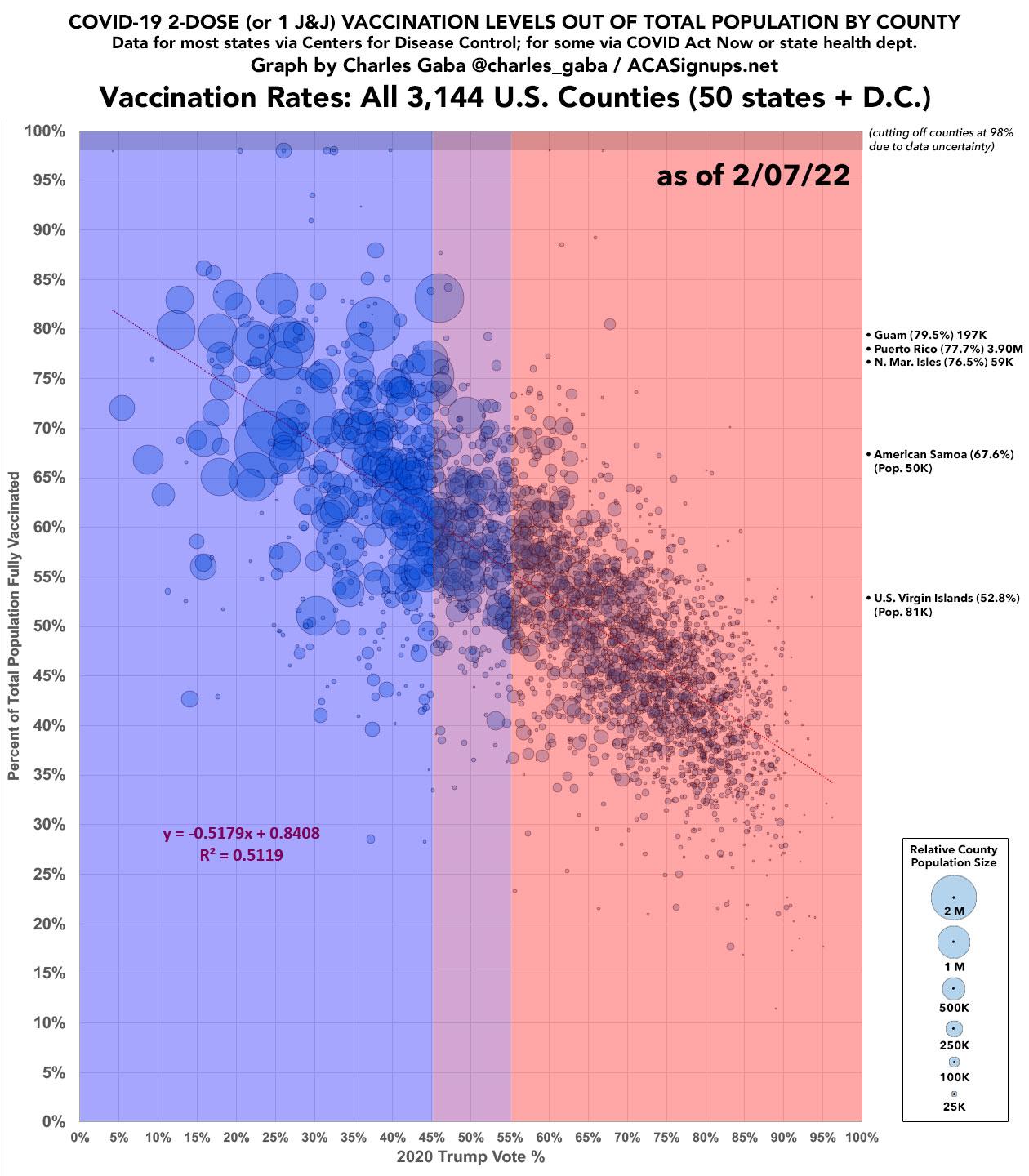 The most noteworthy thing is that both the R-squared and the slope are well over the 0.5 threshold and continue to inch upwards each week. 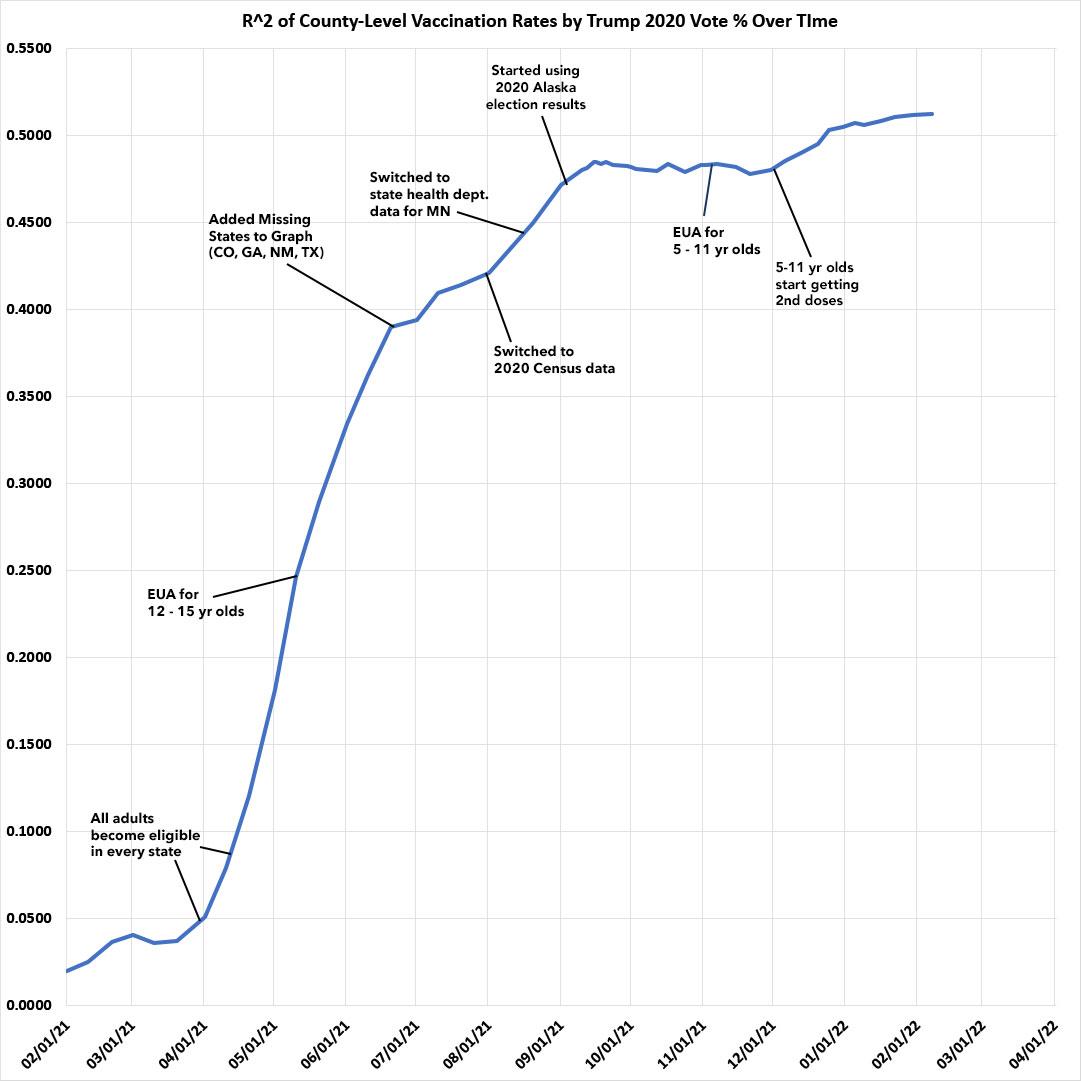 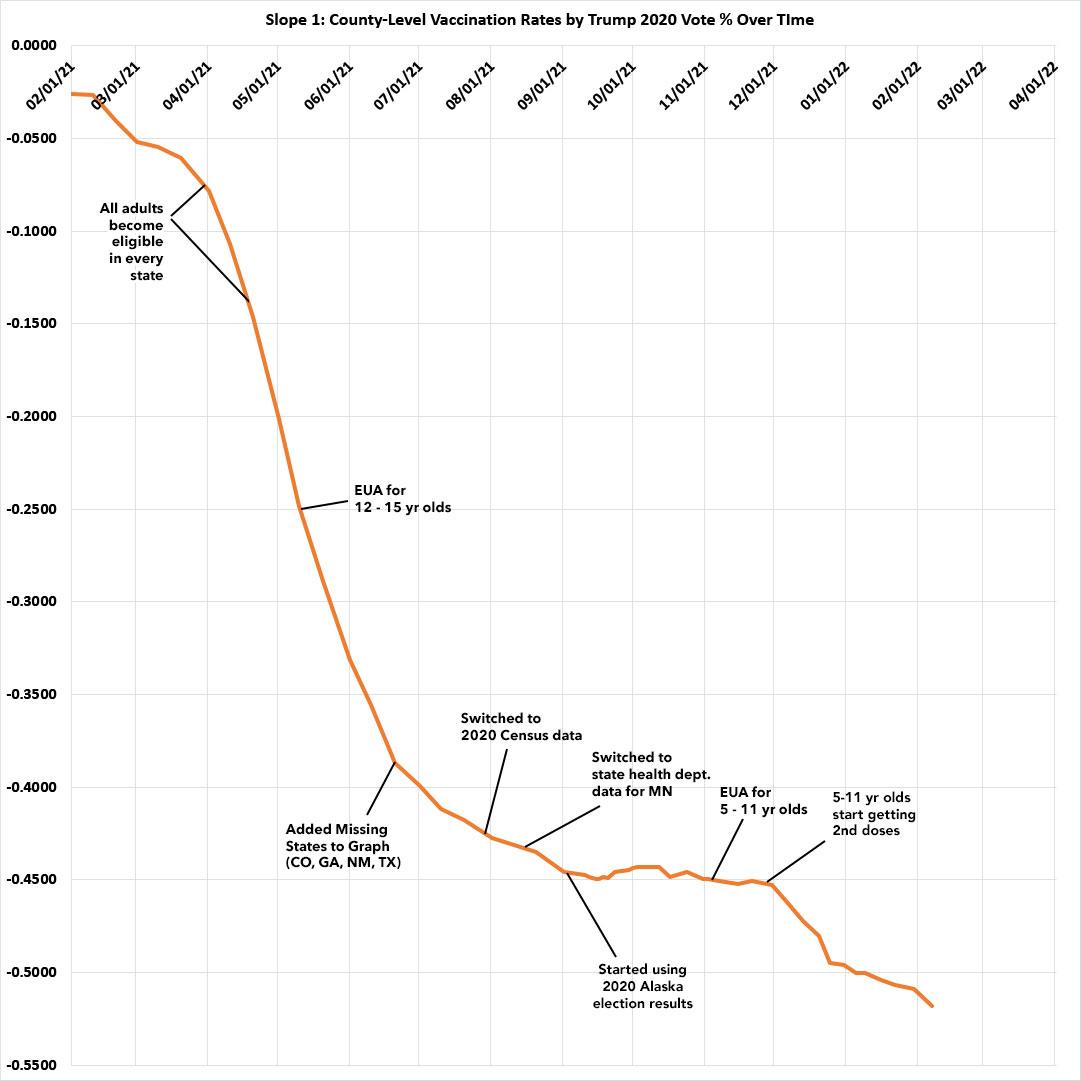 As noted above, now that the Centers for Disease Control have finally started reporting BOOSTER SHOTS at the county level as well, I'm tracking it on a scatter plot graph as well. It's important to note that this has its own caveats, some of which overlap the 2-dose graph, others which are unique to the booster data:

Otherwise, it's pretty much exactly what you would expect: The partisan trend line isn't nearly as strong or steep for booster shots as it is for 2-dose vaccinations yet, but it's definitely trending in the exact same pattern. 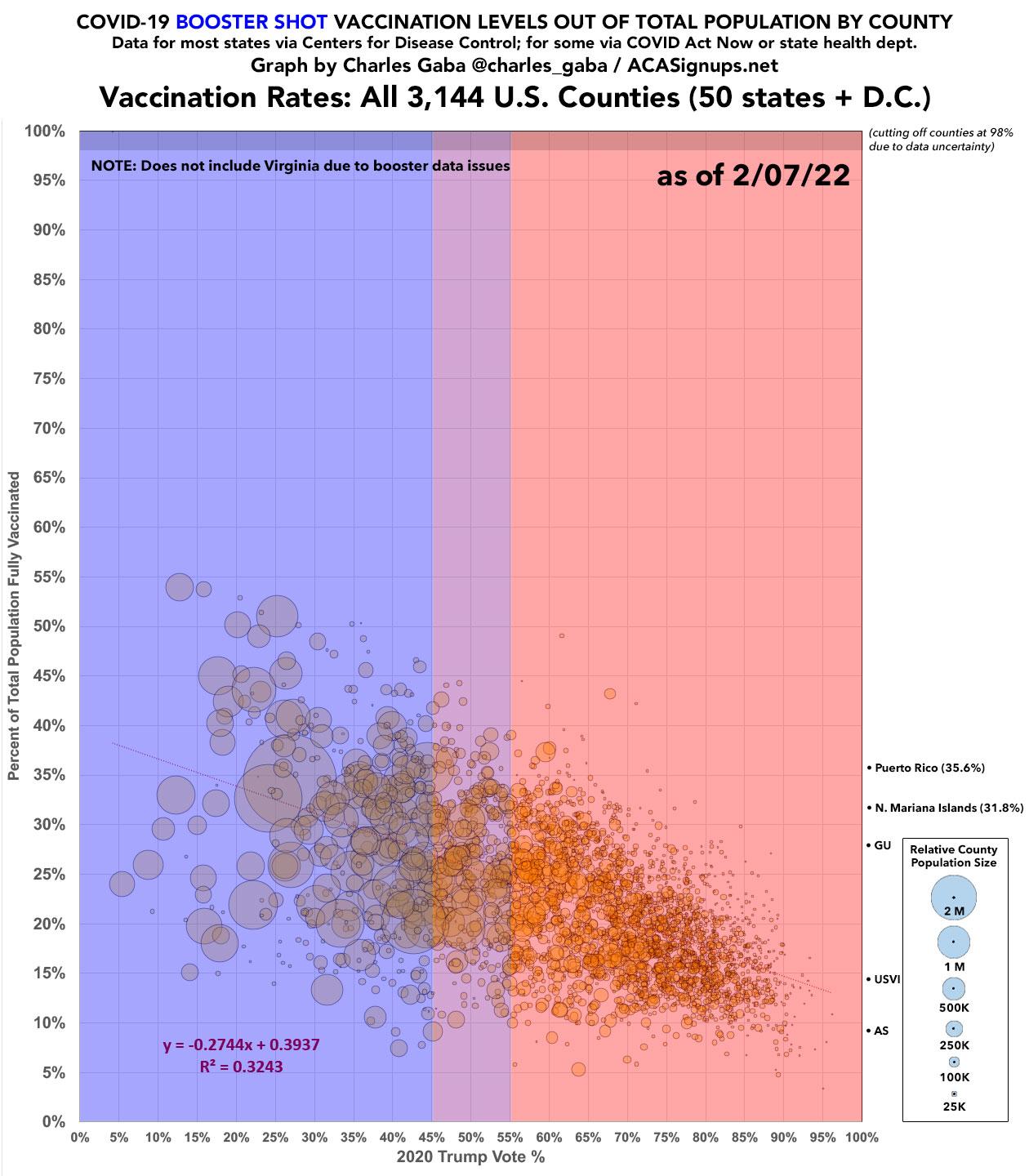