"Gaming the System": Large Group, Medicare, COBRA, the Two Michaels and Me 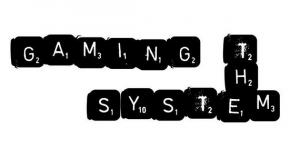 A couple of weeks ago I posted an entry titled "UnitedHealthcare: Is loose SEP enforcement part of the problem?" in which I discussed the (supposedly widespread) problem of ACA exchange enrollees "gaming the system" by taking advantage of both the Special Enrollment Periods (aka "Off-Season Enrollments", as I prefer to call them) and/or the assorted grace periods allowed for under the ACA to deliberately sign up for private policies, quickly run up massive healthcare bills and then drop those policies soon afterwards, leading to massive actuarial disruption (ie, financial losses) for the carriers in their wake.

I gave a few examples of how this sort of thing might be happening, as well as my own suggestions for reducing such instances. Not being an expert on such issues, I limited myself to obvious, clear-cut ideas, mostly involving simple "date window" tightening, as well as tightening up of verification/enforcement:

That was pretty much all I had to say on the matter for the time being. However, it seems that my own story has helped re-open a battle from last year between my old King v. Burwell nemesis Michael Cannon of the CATO Institute and L.A. Times reporter Michael Hiltzik.

Last year, I wrote a couple of articles questioning Obamacare’s viability because, as I put it in one blog post, “Obamacare Makes It Safer Than Ever Not To Purchase Health Insurance.” For the sin of noting the perverse incentives Obamacare creates, Obamacare apologist and Pulitzer-prizewinning Los Angeles Times columnist Michael Hiltzik devoted, as I wrote at the time, “two columns to calling me ‘disreputable,’ ‘clueless,’ ‘obtuse,’ and ‘irresponsible,’ and my argument ‘lame,’ ‘dopy,’ ‘ghoulish,’ ‘asinine‘ and ‘blindingly obtuse.’” Given the recent news about insurer losses in Obamacare’s Exchanges, I wonder if he still thinks so.

One core assumption of Cannon and others convinced that a whole lot of gaming's going on is that Obamacare is a mass of loopholes waiting to be discovered by the canny average American. Because the ACA guarantees that even the sick can sign up for insurance once a year, Cannon wrote last year, Obamacare made going without insurance until it's needed a "safer bet" than before the ACA, when a sick person could be excluded from the individual insurance market for life. "Going uninsured will save you even more money than before," he wrote.

But this argument is deeply flawed. Even Cannon acknowledges that most uninsured people face dire financial risks, not to mention early mortality, if they get sick or hurt and have to wait as long as a year for open-enrollment coverage. (One solution he offered them was "relying on friends, family, or the kindness of strangers.")

Both cite the same example I used in my original piece (thanks again to FarmBellPSU for the tip!), a white paper from Wellmark of Iowa, which specifically states that 135 people signed up, racked up "several million dollars" in services and then cut out, leaving Wellmark holding the bag. I noted that 135 out of around 30K enrollees was less than 0.5% of their customer base. Ironically, for someone so obsessed with reminding people about off-exchange enrollments, I completely forgot to include Wellmark's off-exchange members, which are part of the same risk pool. To his credit, Hiltzik did remember this:

One insurer has provided numbers. Iowa's Wellmark says 135 members signed up, got treatments, and then dropped their coverage after running up sizable bills. But they were about one-tenth of one percent of an individual insurance pool that appears to be about 150,000 members. (It might help to know that Wellmark issued this figure to help support its application for a rate increase of up to 13.3%.)

OK, so that's 0.1% of their membership causing the problem, even less than I thought.

As both I (to a lesser extent) and Hiltzik (to a greater extent) point out, however, it's very difficult to prove that someone did this by design. After all, the whole point of insurance in the first place is to provide a pool of money to cover expenses which no one individual member could afford on their own. If no one ever racked up more in services than they paid into the system, the insurance carriers would be guaranteed a profit all the time (which is obviously the fantasy ideal of the insurance industry). That's what the "risk" in "risk pool" is all about, after all. In the meantime, if someone signs up, gets treated and then drops out, it's awfully difficult to prove that they did so intentionally even if it seems "obvious".

Of course, it's not necessarily about the number of people supposedly "gaming the system", it's more about how much each one is "gaming" it by. One person racking up $10 million is twice as big a threat to the risk pool than 100 people racking up $50,000 apiece.

Anyway, read both entries to see them slug it out, but there's two other factors which neither one brings up which seem relevant to me.

The first comes from Richard Mayhew over at Balloon Juice, who reminds everyone that the insurance carriers already had an existing, established model to look at when designing their policies for the new ACA regulations and exchanges: COBRA coverage:

This should not have been surprising. Insurance companies going into Exchange had good experience with a similar guarantee issue program with uncertain contract lengths. That program is COBRA. COBRA has historically had an incredibly sick population compared to the same employer group’s currently employed population. The COBRA population was incredibly sick because COBRA was expensive as hell and the insured member had to pay the full cost of premium plus administrative fees.

When I was laid off early in my career, I had coverage that probably was between 85% and 90% actuarial value from my previous employer. I paid $75 a month for that coverage. My COBRA letter stated that if I wanted to enroll in COBRA, I would need to send $900 a month for individual coverage. My former employer had several people with MS, a few cancer survivors, and a family with a child with cystic fibrosis. It was an ugly risk pool. I was in my mid-20s and healthy as a horse. I could not afford to sign away half of my monthly unemployment insurance for medical insurance. At the same time, another colleague who was laid off in the same round went on COBRA as she was in fighting cancer and had several chronic conditions. COBRA was a much better deal for her then running naked as she could not get any underwritten insurance.

She found a job seven months later but she had three infusion rounds where the drugs cost $10,000 a round.

Insurers should be able to model (roughly) that there is a lot of movement in and out of the individual market, especially for people who could have better options available. The Exchanges are still data sparse (2017 pricing will be the first year with rich data) but insurers should not be surprised that the Exchange population or at least a subset of it, behaves a bit like COBRA.

Is this a problem?

Not really, and increasingly less so.

Those programs should be pretty familiar to most people: They're called "Medicare" and "Large Group Policies".

Anyone who works at a major corporation which provides employer-sponsored insurance should know very well that they've had once-a-year "Open Enrollment" periods during which employees can choose or make changes to their coverage. Once that time window ends, they're stuck until the next year...with certain limited exceptions for things like getting married, having a baby, being relocated to a different state and so on. I don't know if they call these exceptions "Special Enrollment Periods" or something else, but that's the model that the ACA rules are based on.

As for Medicare, they do use the same terminology. See if any of this looks familiar:

You change where you live

You lose your current coverage

You have a chance to get other coverage

Your plan changes its contract with Medicare

Now, obviously many of the specific "Qualifying Life Events" differ for the ESI and Medicare set from those allowed for under the ACA exchanges; from what I can tell, the ACA has more QLEs than most ESI plans, although a similar number to Medicare. Furthermore, ACA open enrollment is longer (3 months instead of the 4-6 weeks typical of ESI at most large companies or about 8 weeks for Medicare).

So, yes, perhaps it's worth debating whether the number and type of SEPs allowed under the ACA should be more restricted, and/or whether the duration of the various grace periods should be tightened up, as I suggested above. Perhaps the length of the Open Enrollment Period itself should be shortened further (remember, it was 182 days + a 15-day "overtime" period for 2014, cut to 93 days + an 7 day "overtime" period last year and is down to 92 days this year...likely without an "overtime" window, I'd imagine). I could see lopping it down to 2 months in another year or so, as people become more familiar/comfortable with it.

However, the larger point is that the basic model of ACA SEPs is exactly the same as ESI and Medicare...which between them have covered upwards of 200 million people nationally for 50-odd years or more.

In other words, there's really nothing all that radical going on here. If the SEP rules need to be tweaked, fine, but MIchael Cannon, along with UHC and other insurance carriers should stop trying to pin the blame on the concept of off-season enrollment itself...because they've been making a fortune with SEPs in place for decades.