The most remarkable thing about North Carolina's 2022 ACA carrier rate filings aren't the rate changes themselves--they range from -15% to +14.6%, nothing shocking--but the sheer explosion in competition coming to both the individual and small group markets.

NC's indy market is going from five carriers to ten in one shot, with Aetna, AmeriHealth, Celtic, Friday and UnitedHealthcare all jumping into the risk pool. On the small group side, there are two new entrants: Bright Health and Friday Health Plans.

In any event, overall, the average preliminary rate increase for unsubsidized enrollees is averaging 8.7%, while small group plans are going up by an average of 9.8%.

UPDATE 10/26/21: Well this is unexpected! Usually at this late stage any states which haven't posted their approved rate changes end up just signing off on whatever the preliminary filings were. In North Carolina's case, the  insurance regulators have actually gone through and slashed several of the requested increases down significantly, such as cutting BCBSNC down from +9.4% to +2.8% on the individual market and from +6.5% to a 0.9% decrease in the small group market...although in other cases they raised the rates beyond the requested average (Ambetter wanted to cut rates 5.1% but is instead increasing them by 3.7% overall).

As a result, average individual market plans are only going up around 3.9% instead of the 8.7% average asked for, while small group plans are going up by 5.7% instead of 9.8%: 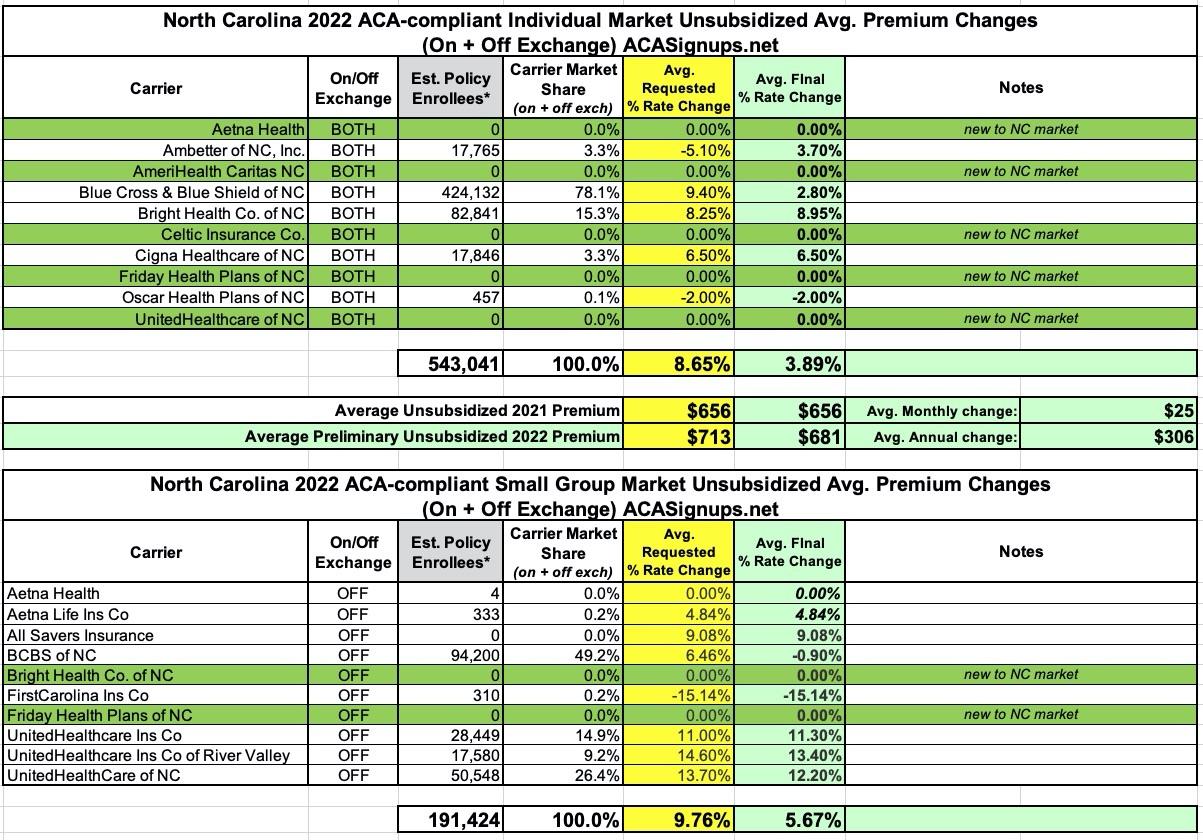