The case rate is pretty much the same as it was last week, with new cases running nearly 3x higher per capita in the reddest tenth of the country than the bluest tenth... 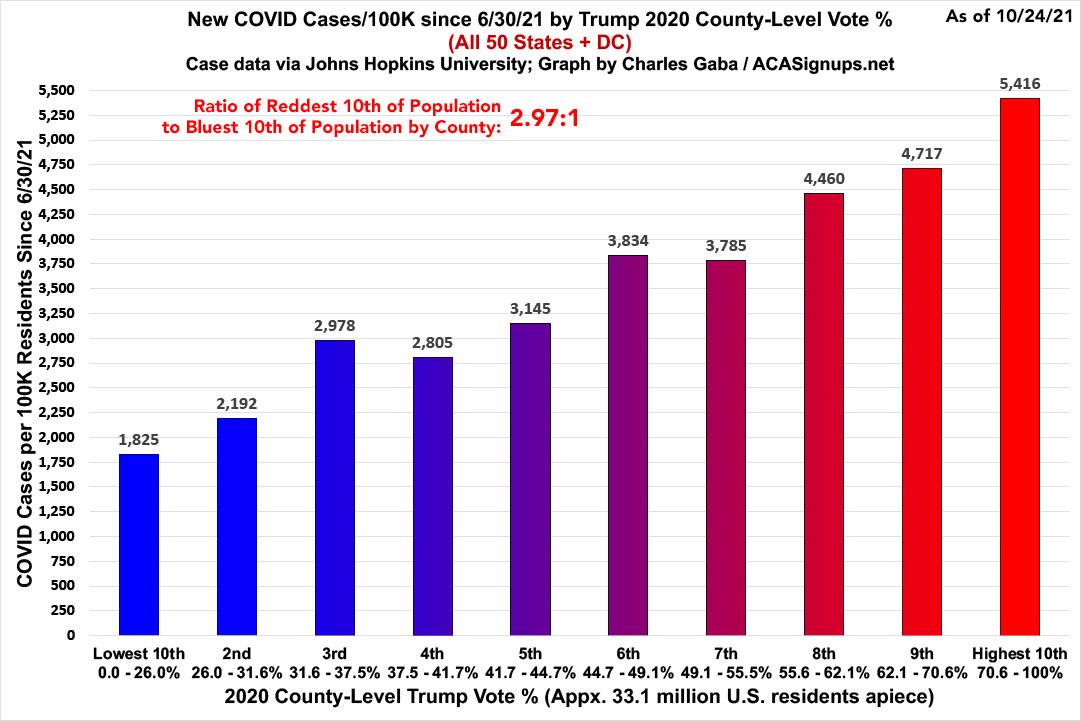 ...while the death rate ratio continues to grow, with the rate in the reddest tenth now 5.93* 5.97x higher than in the bluest tenth: 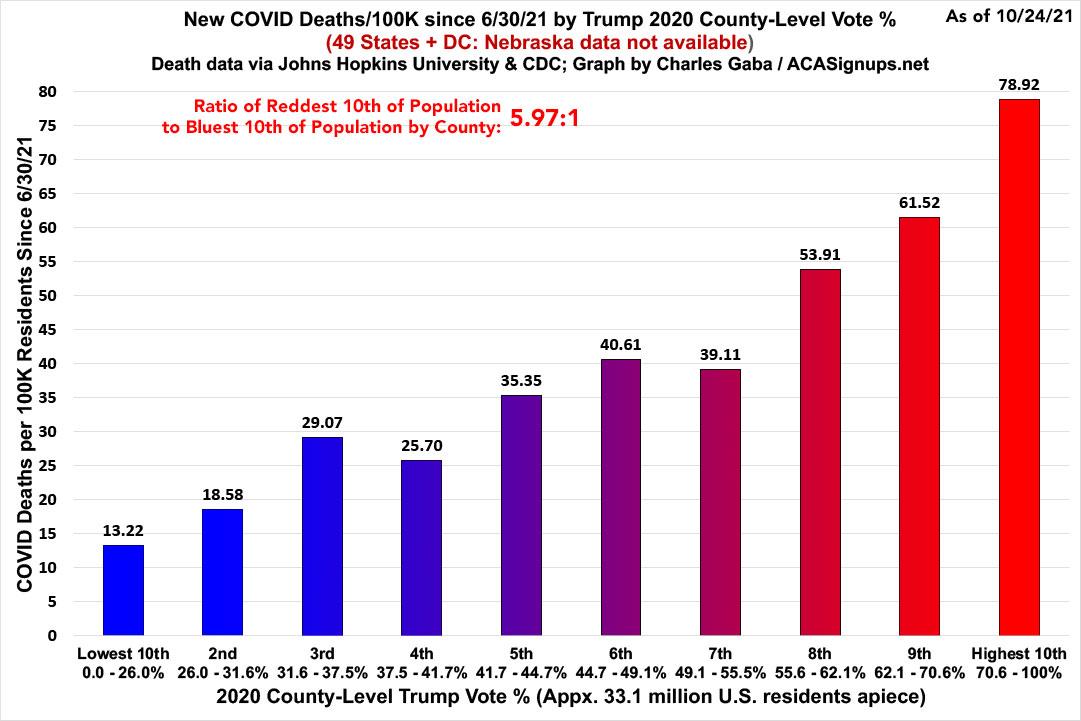 Meanwhile, here's what the same data looks like on a nonpartisan basis: Case and death rates based purely on vaccination rate of each county. The following graphs are up to date as of yesterday (10/24/21). Both measure the county-level case and death rates since the end of June compared against what percentage of the population is fully vaccinated (i.e., 2 doses of Pfizer/Moderna or 1 dose of Johnson & Johnson). 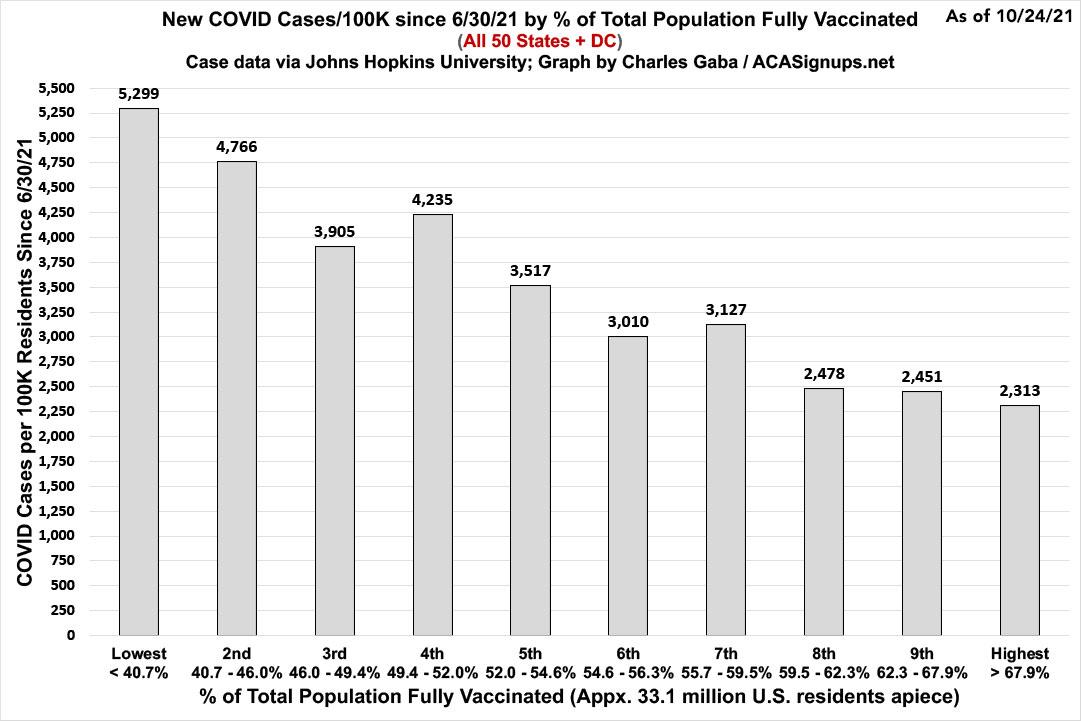 ...while when you look at the death rates, the contrast is even more stark: Death rates in the least-vaxxed tenth are 4.31x higher than in the most-vaxxed tenth: 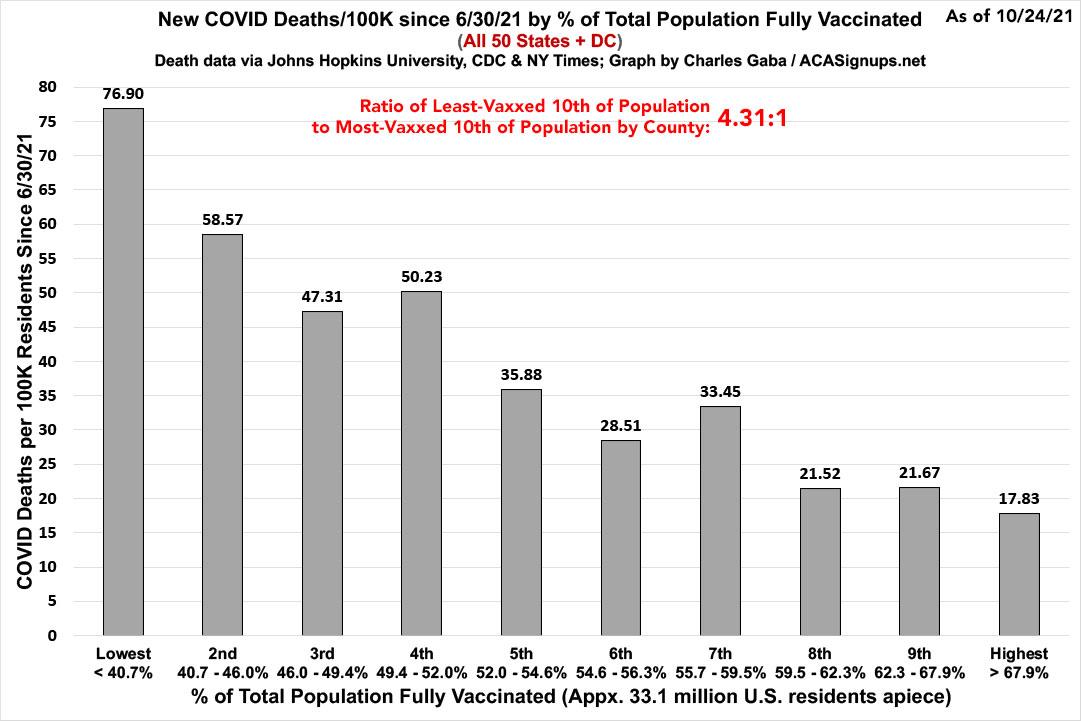