Back in mid-August I posted my analysis of Arizona's preliminary 2022 rate filings for the 2022 individual & small group health insurance markets. At the time, I wasn't able to get ahold of the actual carrier actuarial memos which include the number of people enrolled in those policies in 2021, which means I wasn't able to run a weighted average rate change for either market.

As a result, I had to go with unweighted averages, which are far less useful since how much a carrier with a huge market share changes their premiums will have a much bigger impact on the statewide average than one with only a handful of enrollees.

Arizona is a case in point: At the time, the unweighted average was a 4.8% reduction on the individual market and a 7.7% increase for small group plans.

Since then, however, the Arizona Dept. of Insurance & Financial Institutions has issued their final/approved rates for 2022...and while the approved rates seem to be pretty much identical to what was requested by the carriers in both markets, there's two important additional pieces of information included:

With all of this in mind, here's the updated, approved, final rate changes for 2022 in Arizona: Unsubsidized individual market plans average a slight increase of 0.5%, while small group plans will average a 6.0% increase: 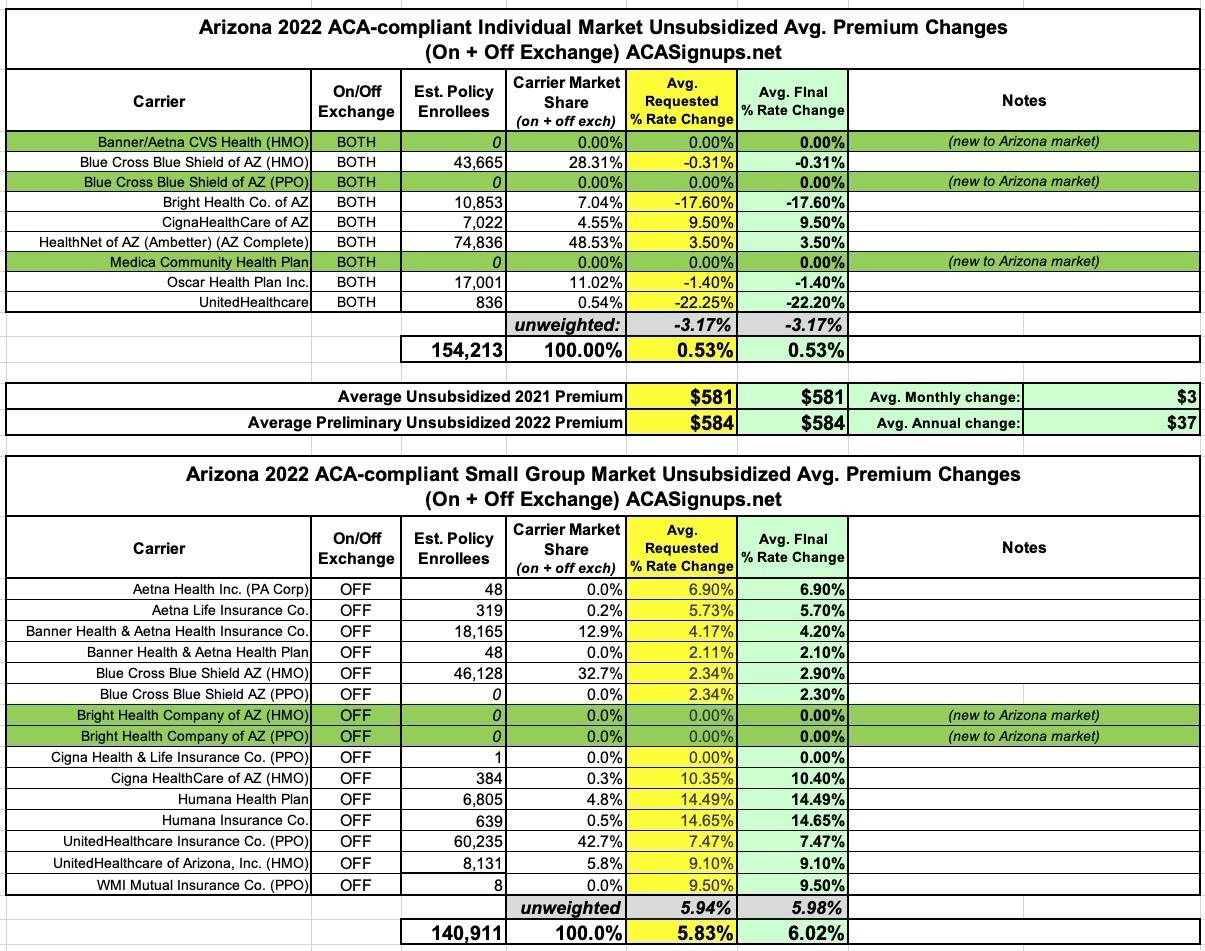