It's also worth noting that three carriers which offered policies in 2021 aren't listed on the federal Rate Review website: For the individual market, El Paso First and the Insurance Co. of Scott & White (not to be confused with Scott & White Health Plan, which is listed); for the small group market, Prominence HealthFirst of Texas. 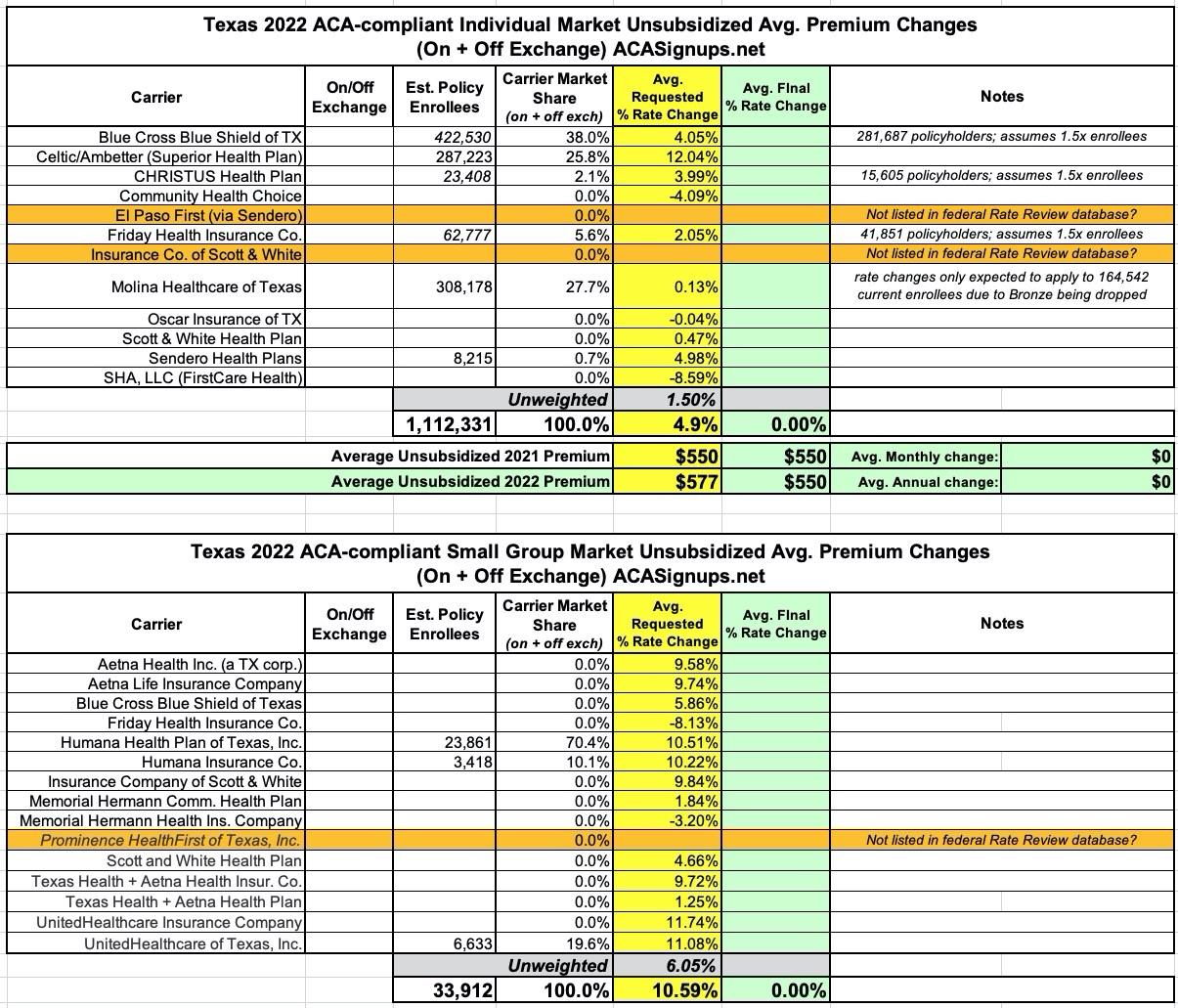