A few weeks back, one of my COVID "partisan lean" graphs was cited by David Leonhardt of the New York Times. This paragraph in question gained plenty of attention, and ended up being referenced by Nicole Wallace on Deadline: White House; Morning Joe; Raw Story and Paul Waldman of the Washington Post:

While Leonhardt's framing makes it look like a 4.7:1 ratio, it's important to note that he was trying to keep the Trump percentage range at the two extremes roughly equal (over 70% vs. under 30%). To do this he used the highest Trump bracket (70.6% or higher) vs. an avarege of the lowest two Trump brackets (0 - 26% & 26 - 31.6%). I actually prefer to compare the highest vs. lowest brackets only, since each includes roughly 1/10th of the total U.S. population (around 33.1 million each). 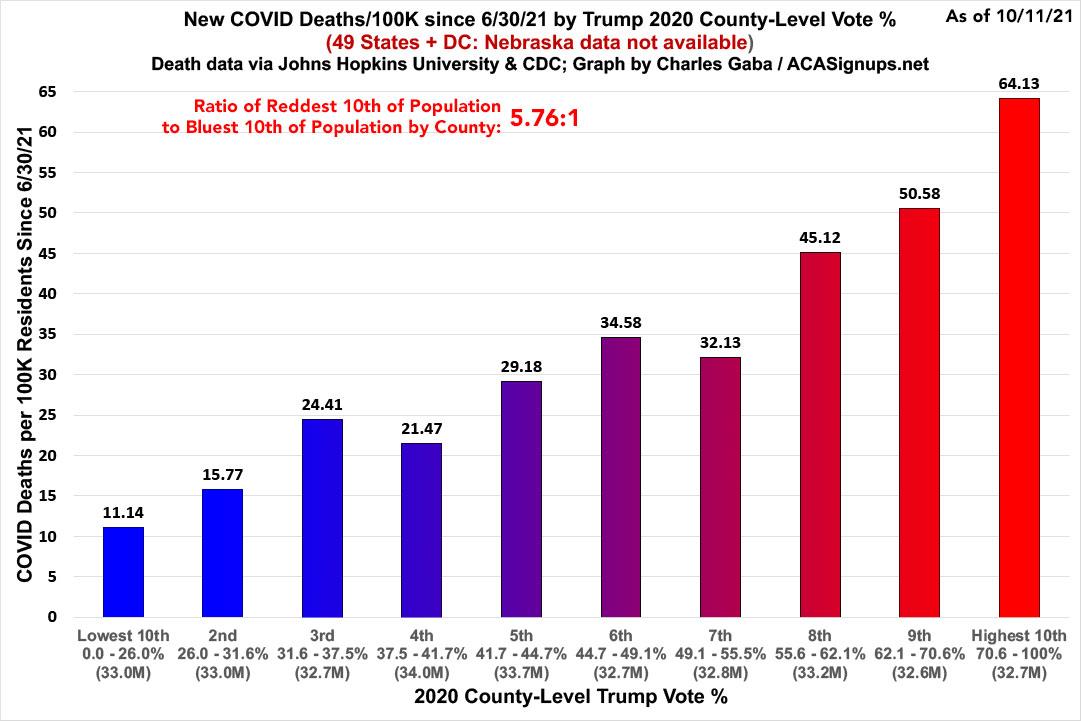 Here's what this looks like via scatter plot graph (bubble sizes represent the relative population of each county): 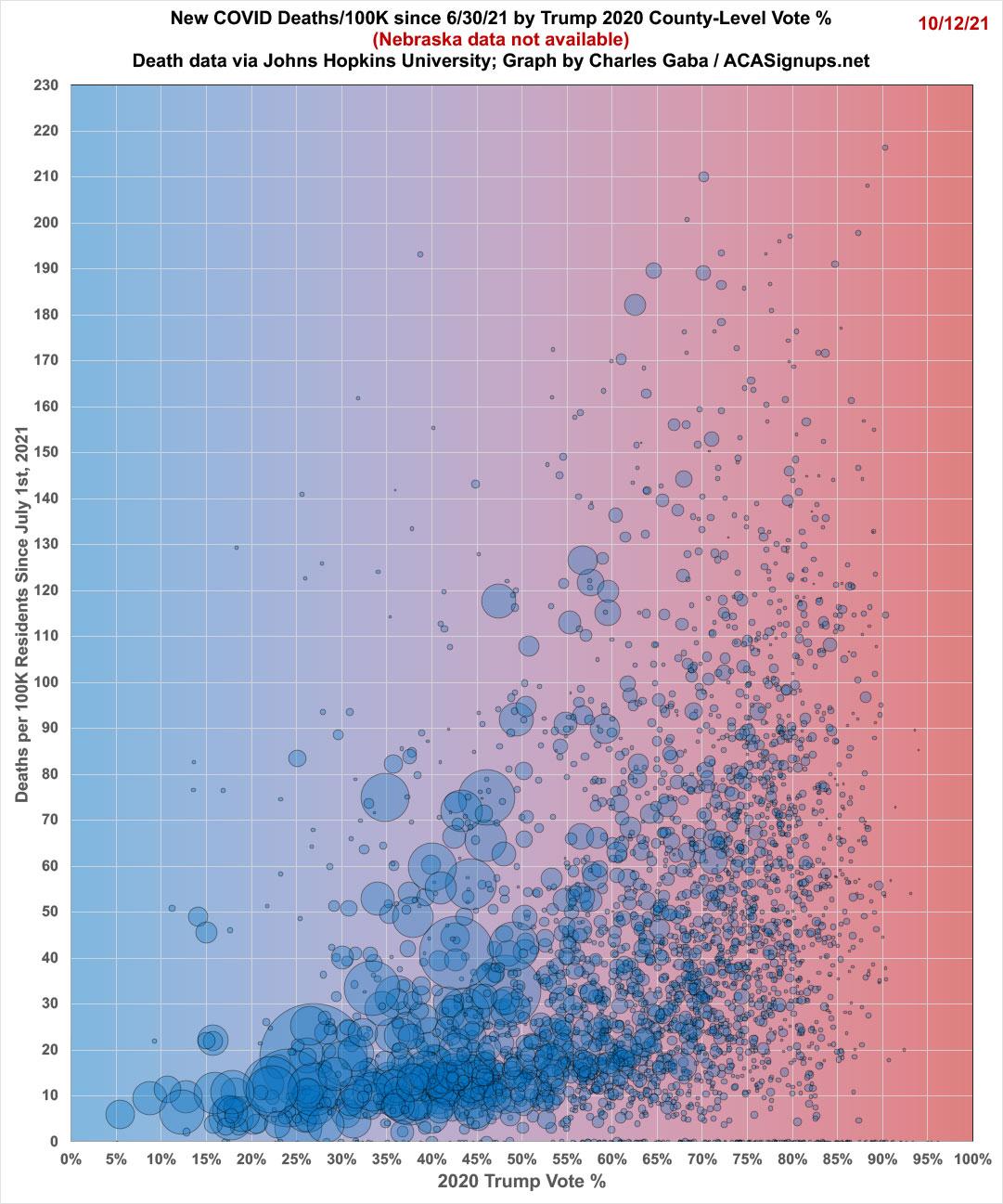 Deaths from COVID are, of course, a lagging indicator...so let's look at the red/blue divide in case rates since the end of June as well.

Here we can see that the ratio from the Trumpiest to least-Trumpy tenth of the country has shrunk ever so slightly, from 3.06:1 two weeks ago down to exactly 3:0 even: 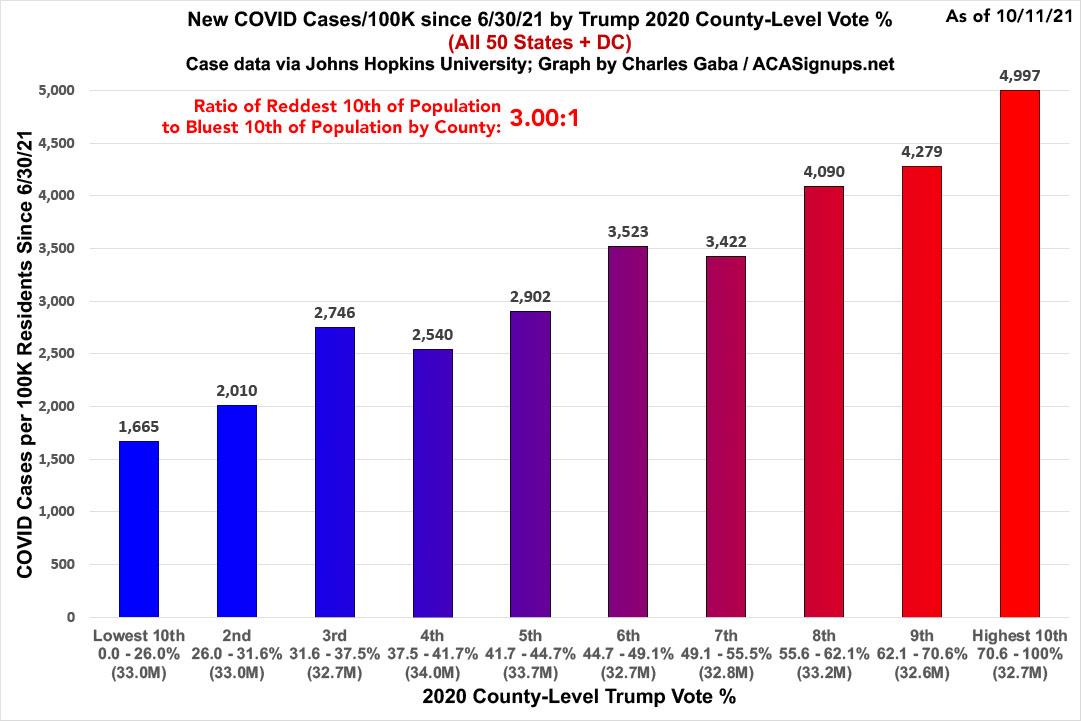 This is a pretty minor shift for both graphs, of course, so there's no way of knowing whether either is a one-off or a sign of a trend...but it's something I'll be keeping a close eye on over the next few weeks. Tomorrow I'll take a look at the county-level vaccination rates again.