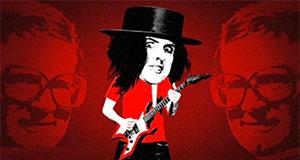 Back in March, I wrote up an exhaustive history of the House v. Burwell court case, which has seen more twists and turns than a small intestine.

I'm not gonna recap the whole thing yet again today (click the first link above for that), but I concluded the most recent chapter by noting:

Simply appropriating CSR payments and killing off Silver Loading would pay for more than 40% of the cost of massively upgrading the ACA (perhaps $250 billion of the $600 billion or so total 10-yr cost).

If the SCOTUS were to accept Common Ground, Maine Community Health Options & Community Health Choice's appeal and rule in their favor, however, that could potentially mean the feds would owe up to another $8 billion for 2018 alone, and hypothetically as much as an additional ~$140 billion from 2022 - 2031 under current law, which is what the CBO has to use as their baseline. I agree that this is extremely unlikely to happen, but again...who the hell knows?

IF that were to happen, the 10-yr cost of ACA 2.0 relative to the baseline could conceivably drop even further, to just $210 billion...without having to find the money anywhere outside of the ACA framework itself. That would potentially amount to as much as 65% of the total cost.

I'm not saying this is likely. I'm just saying that in the crazy world of federal budgets, CBO scoring and GOP lawsuits, absolutely anything is possible.

However, it turned out this wasn't meant to be. Via Fierce Healthcare from a few days ago:

The Supreme Court declined to hear an appeal from two insurers that sought to get the full amount they are owed in federal cost-sharing reduction payments.

The court declined Monday an appeal from Maine Community Health Options and Community Health Choice over an appellate court decision that plans that engaged in “silver loading” are not eligible to be repaid for lost CSR payments.

The court did not give a reason for not taking up the case, but the decision deals a blow to insurers looking to recoup CSR payments they believe they are owed by the federal government.

This is nonsense, of course; the carriers are already "recouping" CSR payments via #SilverLoading and have been doing so for years. It's only through an extremely strict reading of the wording of the law which caused the potential for carriers to "double-dip" in the first place.

Silver loading will therefore continue to be the rule of thumb for the ACA's individual market...unless and until Senator Shaheen's S.499 bill is passed, which would (in addition to making the American Rescue Plan's expanded ACA premium subsidies permanent) formally appropriate CSR payments...which in turn woulld eliminate Silver Loading and use the savings to upgrade the benchmark plan from Silver to Gold and upgrade the CSR thresholds.

The result of this is that every ACA exchange enrollee would be able to afford at least a Gold plan, and anyone earning less than 400% FPL would be eligible for additional savings which would bump them up to Gold+, Platinum or even a Platinum+ plan, like so:

Don't get me wrong: The Supreme Court made the correct decision here: As long as Silver Loading is around, the insurance carriers shouldn't be getting formal CSR payments as well...and if a bill like S.499 becomes law, CSR payments will be reinstated, meaning that Silver Loading would stop.

However, it would've been bananapants crazy if SCOTUS had taken up the case and had decided to let the carriers double-dip. This would instantly make S.499 even more of a no-brainer than it already is in my view.