Today I'm presenting Idaho, which only actually implemented Medicaid expansion under the Affordable Care Act starting in January 2020...and thank God they did, because less than 2 months later everything hit the fan when the COVID pandemic hit the U.S., hard. In Idaho's case I've gotten data through April directly via the Idaho Dept. of Heath & Welfare.

Since the pandemic hit, Idaho's traditional Medicaid enrollment, which had been gradually dropping off over the previous year or two, only has only increased a relatively modest 9.2%. Their expansion enrollment, however, has jumped by a dramatic 61.6%. Granted, much of this is due ot the fact that they were still ramping up the program anyway, but still. Total Medicaid enrollment is up 19.5% since last February. 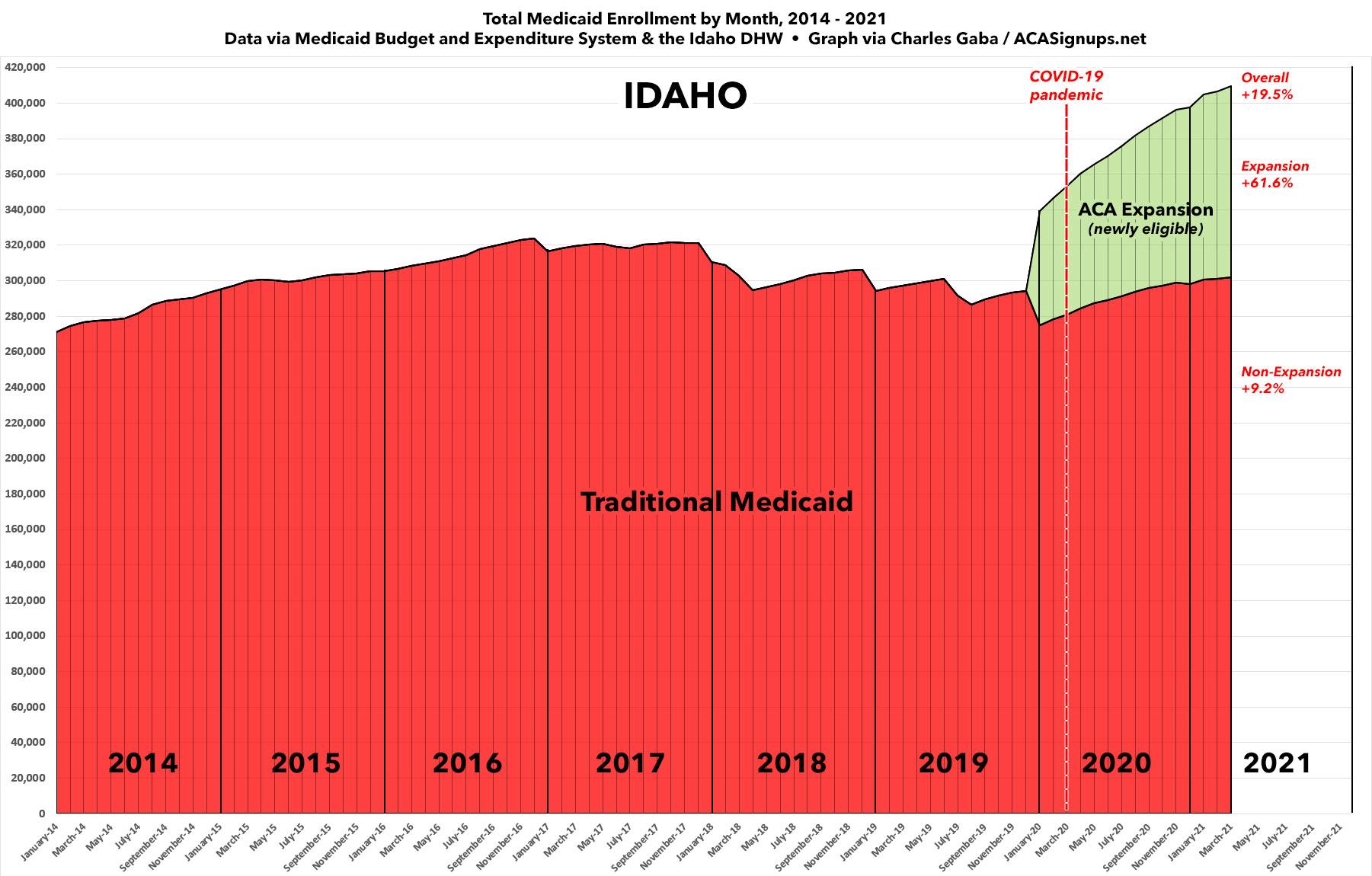