You asked for it, you got it: #COVID19 vaccination levels BY COUNTY, graphed

So over the weekend, I posted a simple scatter plot graph which displayed the current COVID-19 vaccination rates across all 50 states +DC according to what percent of the 2020 Presidential vote was won by Donald Trump.

The original version (with the incorrect New Hampshire data) went somewhat viral on Twitter; it's racked up over 12,000 Likes and thousands of retweets as of this writing.

Here's what it looked like after I made a couple of corrections (particularly New Hampshire, which had some data reporting glitches which have since been worked out): 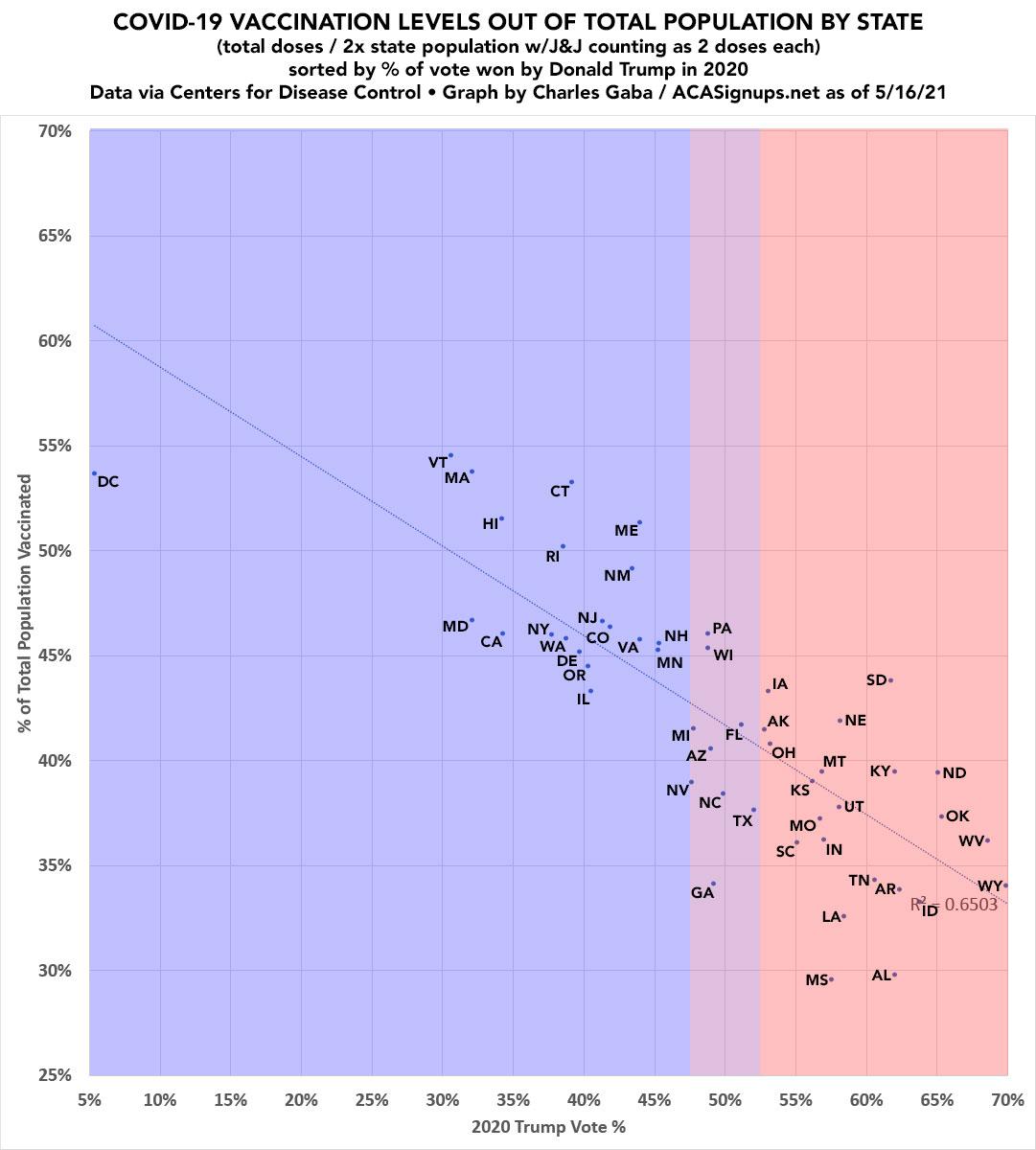 However, there's still an obvious problem...those little dots aren't weighted by population size, which kind of makes a big difference considering that California (~39.5 million residents) is 68 times the population of Wyoming (576,000 residents).

Here's a bubble version of the same graph...I've randomized the colors to make it easier to distinguish some of the smaller/overlapping states: 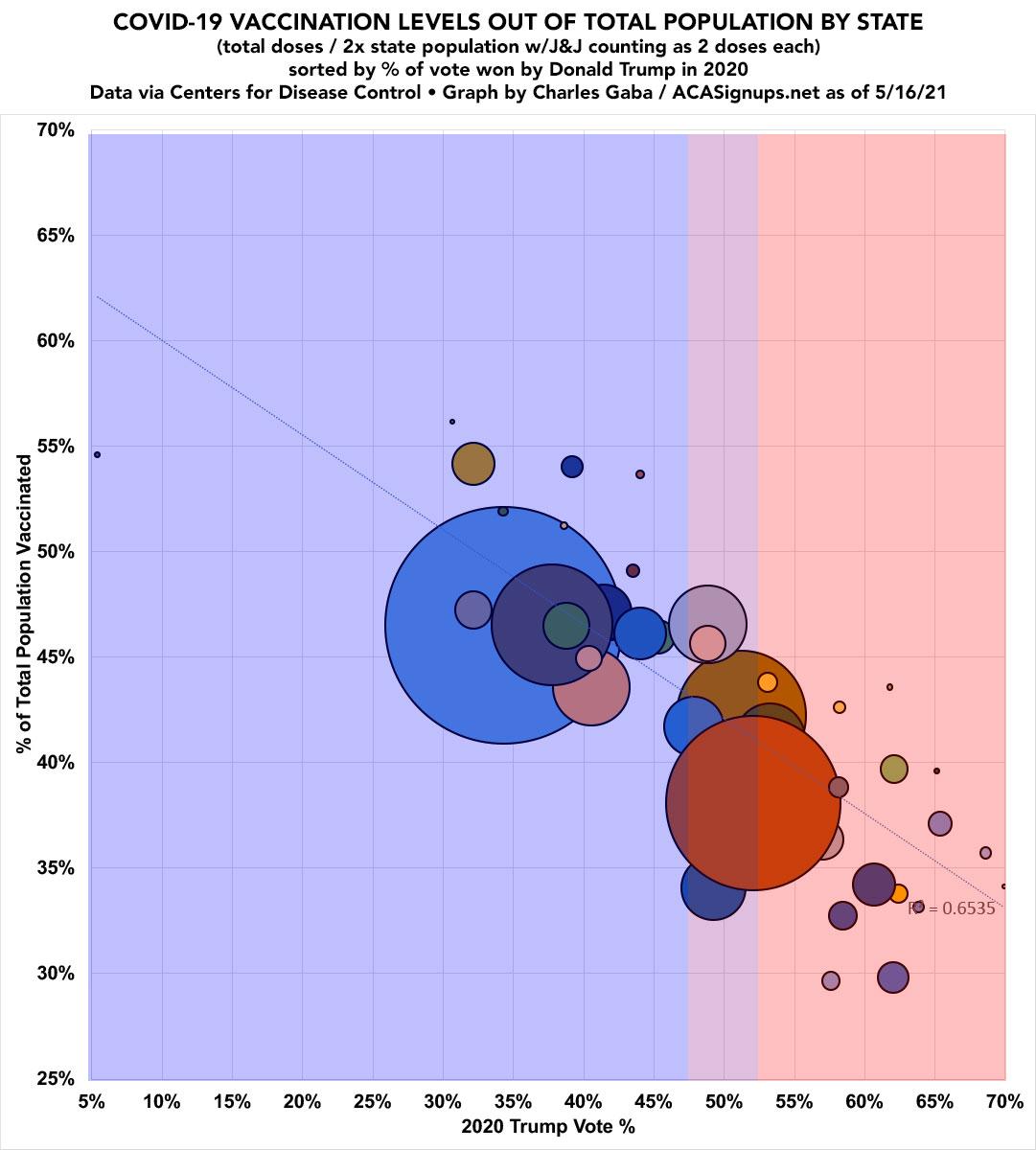 But that's not what you really came here for, is it?

I promised COVID-19 vaccination levels based on COUNTY-level data, and by gum, I'm gonna deliver. A couple of quick caveats:

UPDATE: Thanks for Linda Watt for noting that the NY Times breaks out fully vaccinated residents by county, but that doesn't tell me the total number of doses administered.

UPDATE: Thanks to Kimberly Sheridan for figuring out the issue with Manassas Park, VA: I had Manassas Park and Manassas City swapped! I"ve corrected this in the graphs below, not that it makes much difference. Also, "Erin of Alaska" confirms that Birstol Bay Borough is indeed kicking ass re. vaccinations.

Otherwise, assuming there aren't any significant errors, here's what it looks like: COVID-19 Vaccination levels for the entire population in 3,140 counties nationwide, sorted out by Trump's % of the 2020 Presidential election vote. Behold! 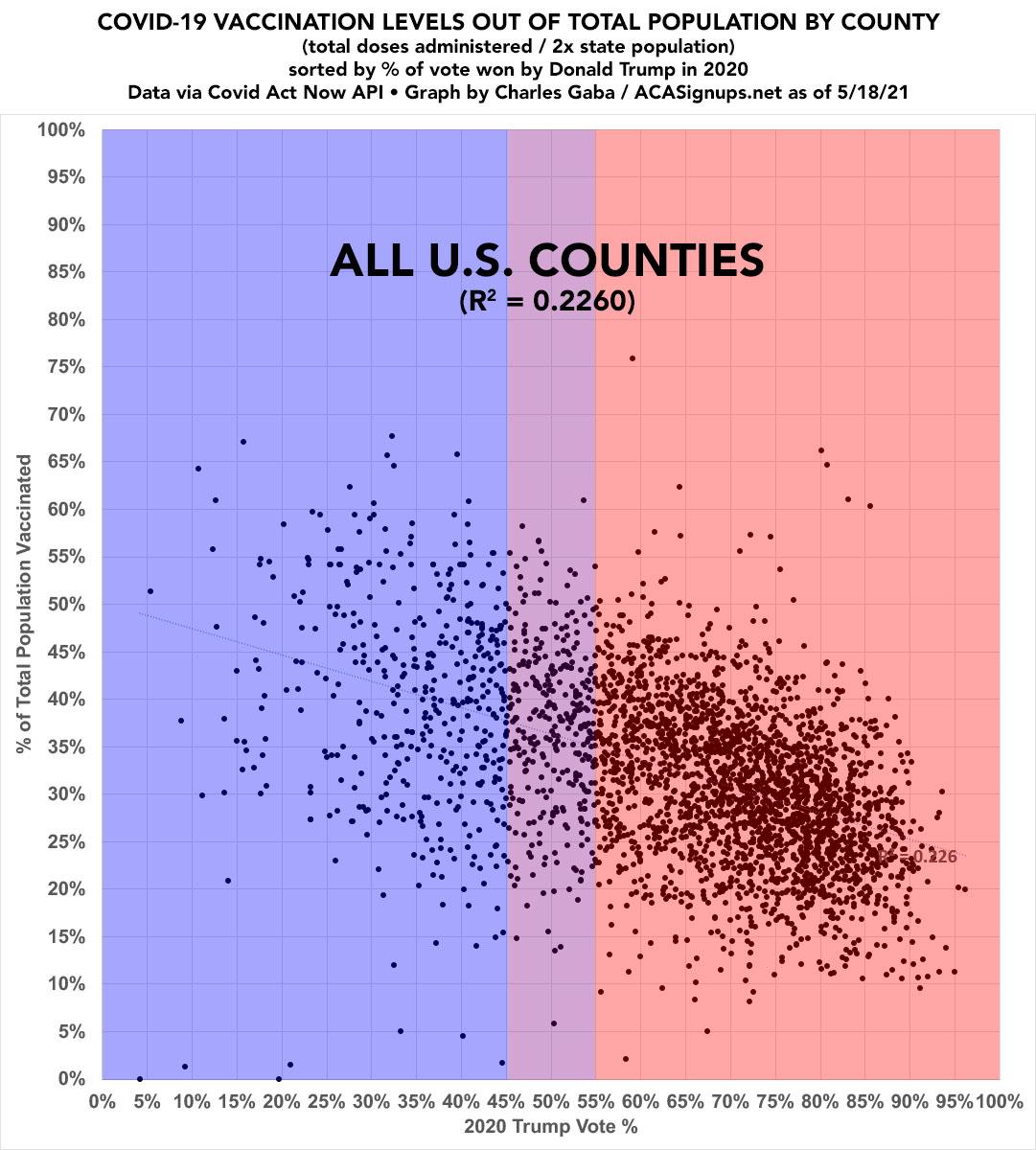 NOTE: Some people complained that I was "showing bias" in the state-by-state graph because I started the Y-axis at 25%. Well, since there's such a wide range of both voting and vaccination levels at the county level, you got your wish: BOTH the X and Y axes both run from 0% all the way to 100% here. No skewing or warping of any sort.

Of course, like the "dot" graph above, this one isn't weighed by population size either...which is an even bigger deal at the county level, since the largest county in the United States (Los Angeles County, California...population over 10 million) is an insane 116,000x larger than the smallest (Kalawao County, Hawaii, population 86). Even if you "don't count" Kalawao, there's still Loving County, Texas, population 169, or just 1/59,400th the size of L.A. County.

Therefore, I've also gone the bubble graph route for the county graph as well (not much point in color-coding when there's over 3,100 bubbles to color...). Voila! 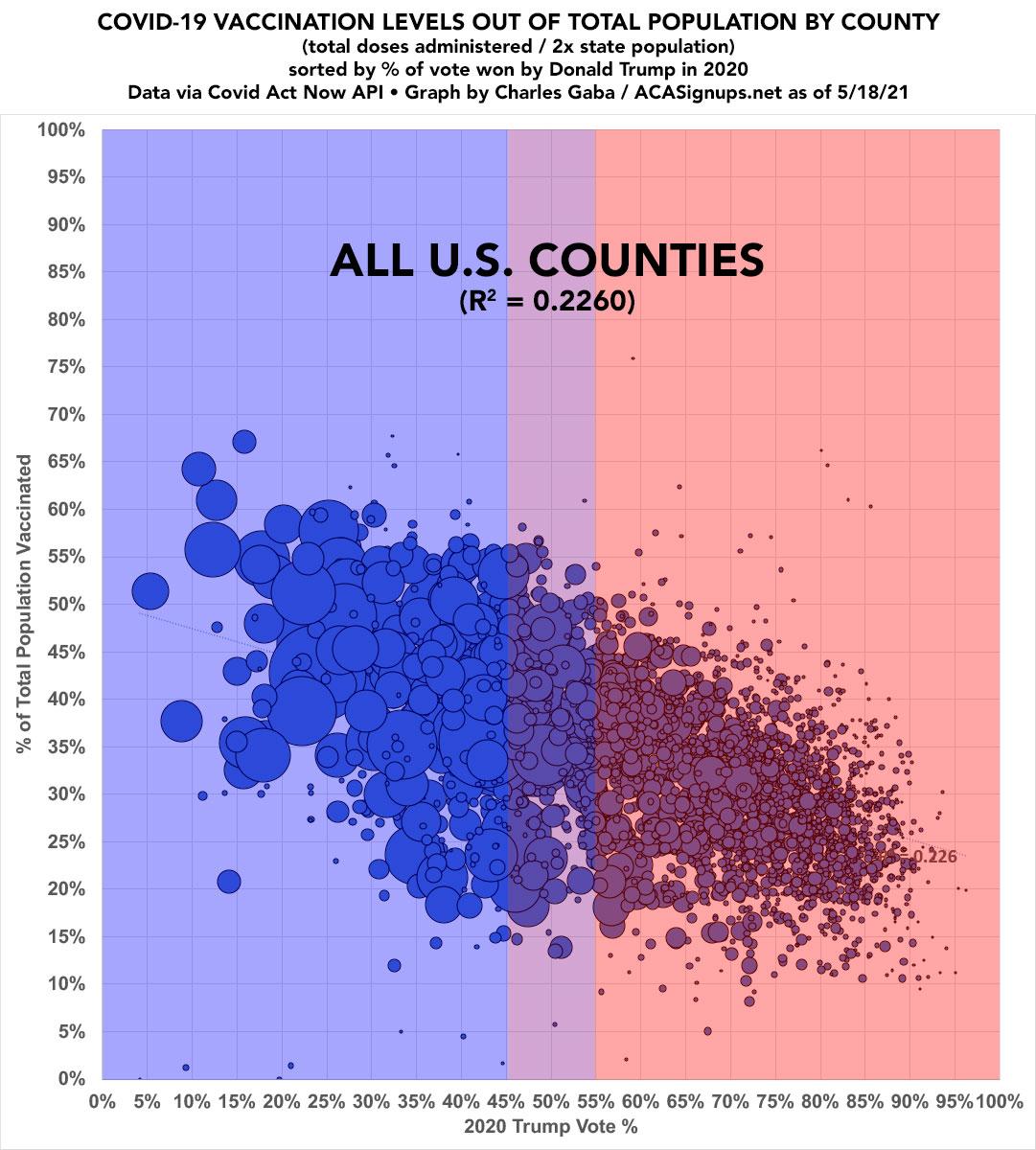 The R-squared factor isn't nearly as clean at the county level as the state level, of course, but that's to be expected. The overall trendline, however, is just as clear.