It's official: #AmFamPlan to *permanently* #KillTheCliff & #UpTheSubs. Make no mistake: This is still a #BFD. 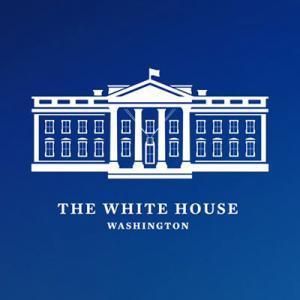 After weeks of anticipation and jockeying for policy priorities to be included by various advocacy groups, President Biden is set to formally roll out the American Families Plan at a speech to a joint session of Congress this evening...the first such speech of his administration, falling just ahead of his 100th day in office.

The first half of Biden's larger "American Infrastructure Plan" is the "American Jobs Plan" which addresses "hard" infrastructure like road & bridge construction/repairs, green energy investment, broadband access, overhauling our clean water system and so forth.

The #AmFamiliesPlan comprises the second half, and includes the following:

There's obviously more details at the link, and this is just a blueprint; it's Congress which will actually decide what does and doesn't make the final cut (more specifically, it's Democrats in Congress who will do so; Republicans are certain to vote against the whole thing no matter how large or small it ends up being, so the question is whether House Speaker Pelosi and Senate Majority Leader Schumer can keep their entire caucuses in line).

Biden's official "American Families Plan" proposal, which is estimated to total around $1.8 trillion over the next decade (in addition to the $2.3 trillion American Jobs Plan), only includes one major healthcare expansion provision...but it's a vitally important one, and it consists of two parts:

As disappointed as many Congressional Democrats and other healthcare advocates (including myself) may be that these are the only healthcare bullets included, there's three important things to keep in mind:

As I noted last week:

House Democrats on Thursday reintroduced their signature legislation to lower drug prices, known as H.R. 3, and Pelosi pointedly noted in a statement that including it in Biden's proposal is important for Democratic lawmakers. The measure would allow the secretary of Health and Human Services to negotiate lower drug prices, a long-held Democratic goal.

I'm no expert on how the Congressional Budget Office rules work, but I'm pretty sure that if HR3 is included in the larger bill but the rest of the healthcare provisions aren't, that means that the full $400 - $500 billion in savings couldn't be counted towards the later bill.

If I'm correct about this, it means that Speaker Pelosi is basically moving to include HR3 in the main bill regardless, which presumably would force the issue...because including it would pretty much require the provisions it's supposed to pay for to be included as well.

"Lowering health costs and prescription drug prices will be a top priority for House Democrats to be included in the American Families Plan," Pelosi said in the statement.

..."Families cannot afford to lose the enhanced [Affordable Care Act] benefit passed in the American Rescue Plan, and we must make it permanent," she said Thursday.

It is possible that House Democrats will add back in the drug pricing measure and other health provisions even if the White House leaves them out of the initial package.

I mean, in the end, it's Congress who ultimately decides what gets included in the final version of legislation, not the Administration. If ACA 2.0, Medicare expansion and/or any other provisions do end up being included and manage to pass both the House and Senate, President Biden's only option would be to veto the entire thing...and somehow I can't fathom him doing that.

When you read further in the White House #AmFamiliesPlan, it specifically states that he's not blowing off the other big-ticket healthcare items:

Extend expanded ACA premiums tax credits in the American Rescue Plan.
Health care should be a right, not a privilege, and Americans facing illness should never have to worry about how they are going to pay for their treatment. No one should face a choice between buying life-saving medications or putting food on the table. President Biden has a plan to build on the Affordable Care Act and lower prescription drug costs for everyone by letting Medicare negotiate prices, reducing health insurance premiums and deductibles for those who buy coverage on their own, creating a public option and the option for people to enroll in Medicare at age 60, and closing the Medicaid coverage gap to help millions of Americans gain health insurance.

In short, Biden is proposing to lock in the expanded ACA subsidies now, and address his larger healthcare vision a bit down the road (presumably well before the midterms).

It's also worth noting the "...reducing health insurance premium and deductibles for those who buy coverage on their own", which refers to upgrading ACA benchmark plans from Silver to Gold and presumably expanding CSR subsidies, as laid out in #S499...which would also fund CSR payments, in turn eliminating #SilverLoading, which would in & of itself pay for most of the cost of doing both of these.

Put another way, the disagreement between Congressional Dems and Biden is NOT about the list of healthcare policy changes, it's about whether to bake them into the #AmFamiliesPlan or to do most of them as a separate package. The Dems want to do it now, Biden wants to do it separately.

It's important to keep some perspective here.

Well over a year ago, I predicted that even with a Democratic trifecta (White House, House, Senate), the odds of getting a "Public Option" passed was only perhaps 10% at most as long as the filibuster was kept in place...and even that assumed that Democrats would have perhaps 52-53 Senators. I also gave a robust "ACA 2.0" upgrade (which primarily means killing the subsidy cliff & upgrading the APTC formula, but would also include upgrading CSR, fixing the #FamilyGlitch and so forth) a 75% chance of happening.

Back in January 2020 (just before COVID hit the nation), I travelled to Washington, DC and had over a dozen meetings with various Congressional staffers to push support of doing exactly what Biden is proposing. In fact, the subsidy expansion included in the American Rescue Plan (and being proposed permanently now) actually go beyond what I was hoping for at the time.

The differences between HR 1868 and HR 1319 may seem small in the table...just a difference of a percentage point or two...but in practice that's massive.

Put another way, here's what the cost of a benchmark Silver plan looks like for a single adult earning 200% FPL (around $25,500/year) under all three:

That's an additional savings of $510 per year. This goes above and beyond what I was hoping for when I met with all those staffers last year.

The Urban Institute recently posted an analysis (cited in the WH #AmFamiliesPlan description above) which projects that making the ARP-enhanced subsidies permanent will increase ACA exchange enrollment by 5.1 million people, reduce the ranks of the uninsured by 4.2 million people and reduce unsubsidized premiums by 15% in the process (thanks to the improved risk pool). That would be a reduction in the uninsured rate of around 15%, while making coverage far more affordable for a good 12 million or so current enrollees.

The point is that while there's still much more to be done, this alone would still be a huge upgrade to the Affordable Care Act, and it shouldn't be understated. This is a #BFD no matter what else does or doesn't make the cut.

As an aside, the Biden Administration is reportedly also working on fixing the #FamilyGlitch via regulatory changes at the IRS, which wouldn't require any legislation at all. If successful, this would make an additional 2 - 6 million more Americans eligible for ACA subsidies as well.

UPDATE: One more time: Congress ultimately decides what legislation gets passed, not the President:

“President Biden has put forward a bold proposal that would make historic investments in American families and build a brighter, more sustainable future for our children.

“The American Families Plan will continue the work of the American Rescue Plan to build on the Affordable Care Act and lower monthly health insurance premiums for millions of Americans. The President’s plan will make those premium reductions permanent – continuing the largest expansion of health care coverage since passage of the original law more than a decade ago.

“Finally, it is unacceptable that Americans pay three or four times more than people in other countries do for the exact same prescription drugs. It’s critical that we level the playing field by giving the federal government the ability to negotiate lower prescription drug costs, and this will be one of my top priorities as we work to pass the American Families Plan.”

AmFamiliesPlan
President Biden
Kill the Cliff
Up the Subs
ACA 2.0