"Why is the ACA text so long?" aka You Learn Something New Every Day 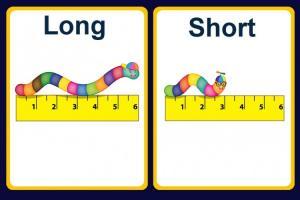 During the early days of the Affordable Care Act (and again during the insane "Repeal/Replace" saga of 2017), one of the dumbest and most disingenuous talking points of Republicans was to attack the ACA for being "too long."

I'm quite serious...many Very Serious Conservatives stroked their beards and wrung their hands over the sheer length of the ACA's legislative text (officially around 2,700 pages, though if you includ the mountain of regulations which are included with any major bill impacting hundreds of millions of people it could theoretically be tracked at 20,000 pages or so).

This silliness was most clearly expressed by Donald "Who?" Trump's first press secretary, Sean Spicer, who infamously put a copy of the House Republican's "replacement plan" (the AHCA) next to a copy of the ACA itself and cited the difference in pages between the two as some sort of "proof" that the AHCA was "better" for reasons unknown.

In any event, today I experienced first-hand one example of why important, sweeping legislation impacting hundreds of millions of people can often be pretty lengthy: It's about the attention to detail. Ironically, the ACA has gotten into hot water several times legally due to a lack of attention to detail (see King vs. Burwell and House vs. Burwell for two obvious examples), but for the most part, it crosses quite a few t's and dots quite a few i's.

Case in point: This morning I was contacted by a man named Ikenna who wanted my feedback regarding his eligibility for ACA subsidies, especially in light of the just-passed American Rescue Plan (he's given me full permission to share his name, hometown and other personal details). I explained that I'm not an official ACA Navigator or a licensed broker/agent, but I'd be happy to at least take a look and help if possible.

In short, Ikenna lives in Baltimore County, Maryland. He's 38 years old, married but his wife lives abroad, so the policy would be just for him. He sent me a screen shot of the policy he was looking at via the Maryland Health Connection ACA exchange.

According to the screen shot, it's a Kaiser Permanente CSR94 Silver plan...which he's apparently eligible for with a $334/month APTC subsidy, leaving him with a net monthly premium of less than $4/month, with a $0 deductible and just a $2,000/year Maximum Out of Pocket cost.

This...is an excellent plan at an excellent price! $4/month, no deductible, $2K cap for any in-network services? Sign him up! I should further note that this is before the American Rescue Plan's expanded/enhanced ACA subsidies, which means the odds are he'll actually be eligible to wipe out that $4/month as well.

He seemed not to believe that such a great deal was for real...surely there must be a mistake? So I agreed to check into it for him. The only way I was able to get close to $334/month APTC was to set his annual income as low as possible to still qualify for subsidies at all: 100% FPL. Huh.

So...I asked some more questions. It turns out:

Well, now. That changes things a bit, doesn't it?

He apparently was earning $176/week in unemployment benefits last fall prior to the December COVID bill; since that went into effect, his unemployment insurance payments increased to $395/week.

It turns out he spoke with someone at the Maryland exchange last fall on the phone who entered his info into his account.

OK, so someone at the MD exchange told him that $176/week was "OK" for him to still qualify for ACA subsidies even though his projected income was well below the 100% FPL threshold ($12,760) needed to be eligible for them.

What's going on here? Is someone committing fraud?

Then I suddenly remembered something I learned from Stan Dorn of Families USA a month or so ago...and in fact I even wrote something up about it at the time:

As Stan Dorn of Families USA opinted out to me, there's a portion of Section 1401 of the ACA, unmentioned in Rep. Underwood's previous version of the bill, which might cause a snag:

‘‘(A) IN GENERAL.—The term ‘applicable taxpayer’ means, with respect to any taxable year, a taxpayer whose household income for the taxable year exceeds 100 percent but does not exceed 400 percent of an amount equal to the poverty line for a family of the size involved.

‘‘(B) SPECIAL RULE FOR CERTAIN INDIVIDUALS LAWFULLY PRESENT IN THE UNITED STATES.—If—

As Stan explained to me, this section exists so that certain lawfully present immigrants who earn less than 100% FPL but aren't eligible for Medicaid for some paperwork reason or another are allowed to receive ACA subsidies as if they earned exactly 100% FPL.

HOWEVER, thanks to Section 1401 of the Affordable Care Act, because he is a lawfully present immigrant (I'm not a fan of "alien"), he is eligible for ACA subsidies after all! Legally, he's counted as if he earns exactly 100% FPL anyway, and is therefore entitled to full ACA subsidies...including, apparently, $334/month in Advance Premium Tax Credits, and full CSR94 assitance for deductibles/out of pocket expenses.

I recommended that he double-check with the exchange to make absolutely certain that he's complying with all the rules (I'm also not sure how the unemployment insurance itself is being treated in terms of counting/not counting as MAGI income), but assuming all is well, he should be good to go.

And that, my friends, is why laws are often much longer than you'd think they need to be: They have to take into account all sorts of contingencies.

UPDATE: Thanks to Louise Norris for answering this final mystery: It turns out the reason he isn't eligible for Medicaid is because you have to have lived in the U.S. for at least 5 years first...and he didn't arrive in the U.S. until 2017.

Ironically, this means that an immigrant whose been in the U.S. for less than 5 years is legally eligible for low-cost healthcare coverage while ~2.2 million U.S. citizens aren't because their Republican state officials--who I'm guessing aren't big fans of immigrants on the whole--refuse to expand Medicaid.