1 out of every 9 residents of Utah, Iowa, Tennessee, Arizona and Oklahoma have tested positive.

1 out of 10 in Arkansas, Nebraska, Kansas, Alabama and South Carolina. 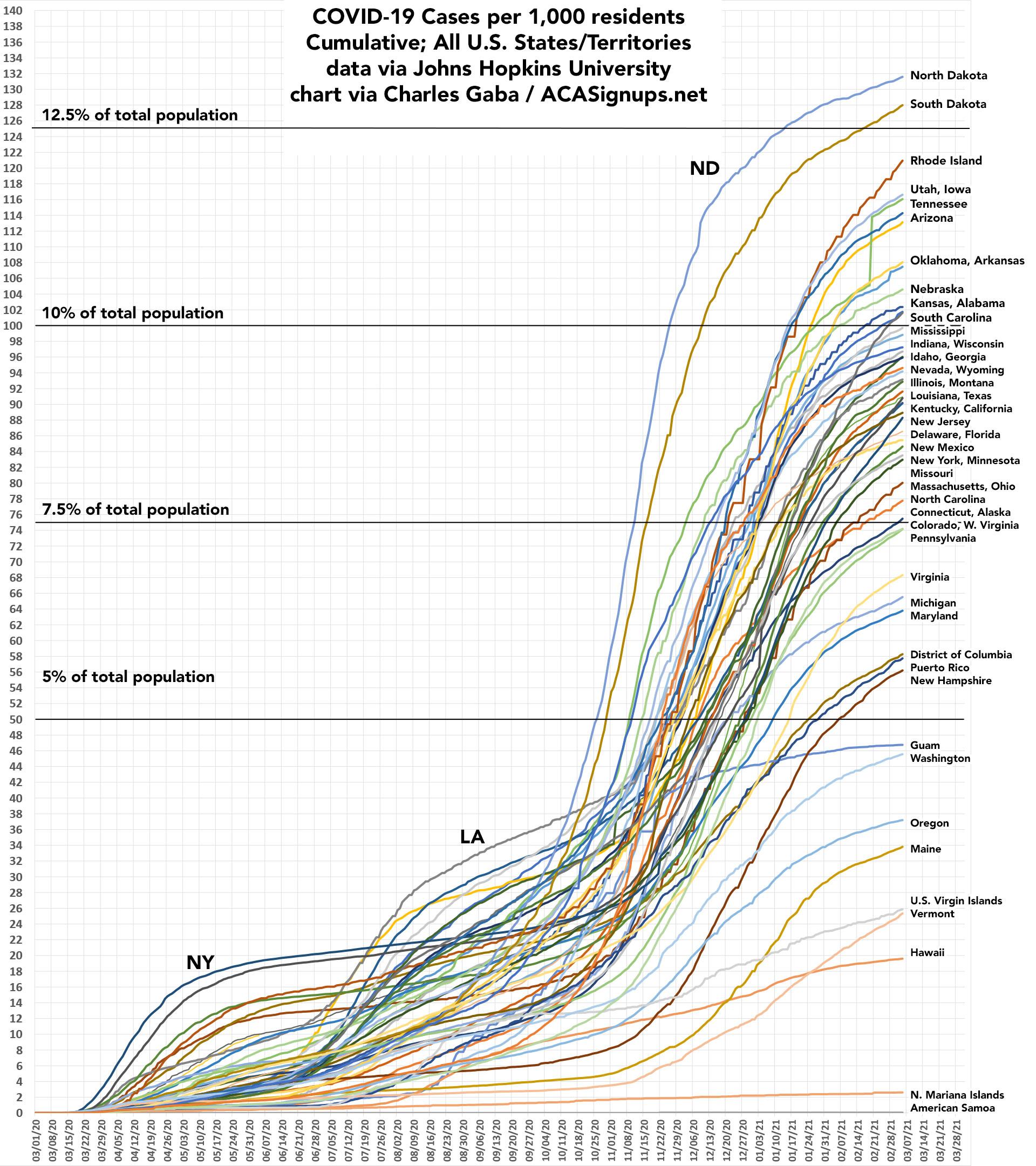 COVID-19 has killed over 1 out of every 380 residents of New Jersey.

It's killed nearly 1 out of every 400 New Yorkers.

More than 1 out of 700 in Michigan, Kansas, Nevada, Texas, Ohio, Delaware Florida and the District of Columbia.

More than 1 out of 800 in Missouri, California, Maryland, West Virginia and Montana.

More than 1 out of 900 in Wyoming, Minnesota, Oklahoma and Wisconsin.

More than 1 out of 1,000 in Virginia, Nebraska, North Carolina, Kentucky, Idaho and Colorado. 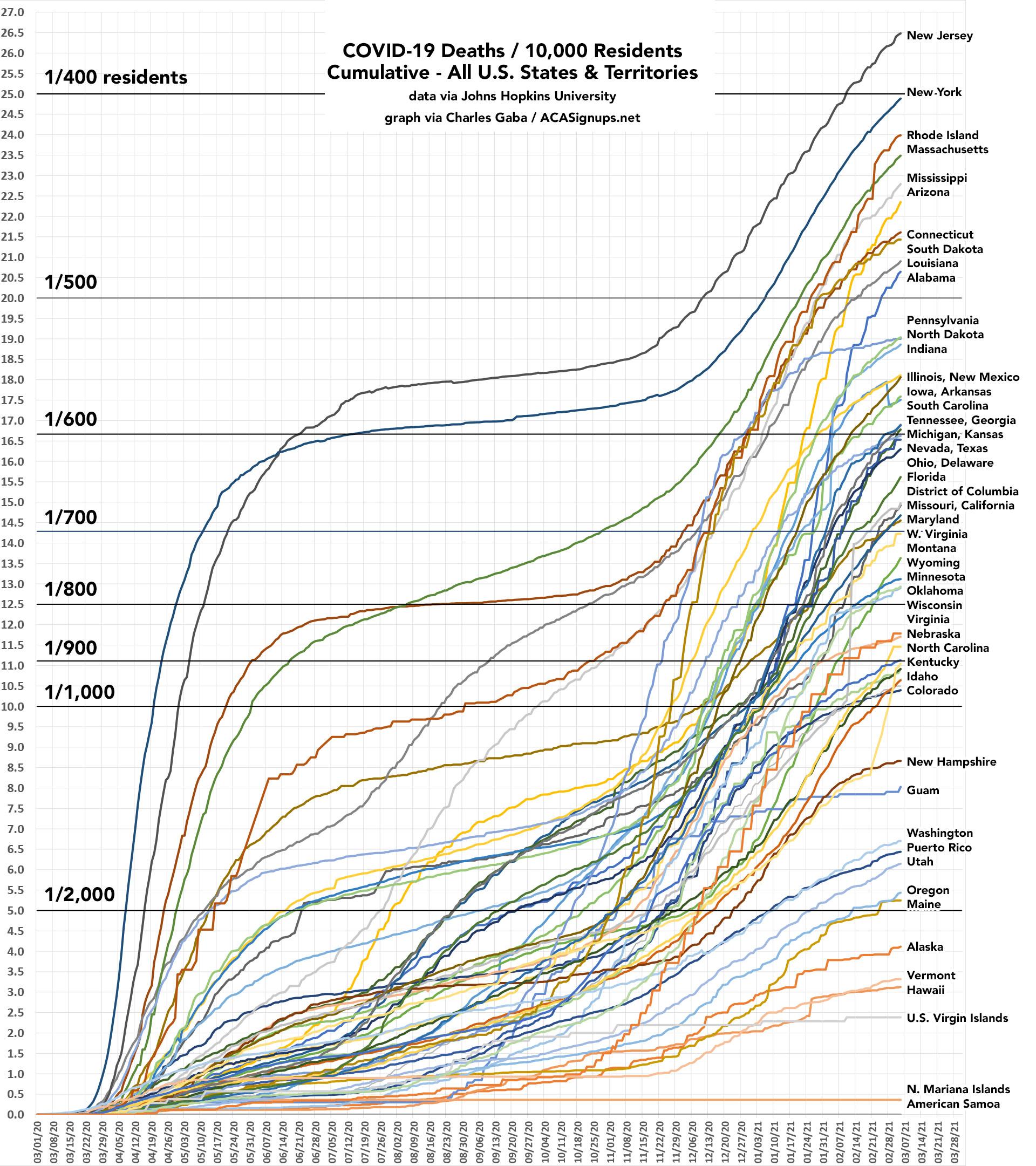