North Dakota has reached 12.8% of the entire population having tested positive, or over 1 out of every 8 residents.

Rhode Island, Utah, Tennessee, Arizona and Iowa are up to 1 out of every 10 residents having tested positive.

40 states have seen at least 1 out of every 15 residents test positive.

EVERY state except New Hampshire, Washington, Oregon, Maine, Hawaii & Vermont (along with 4 U.S. territories) have now surpassed 1 out of every 20 residents having tested positive. 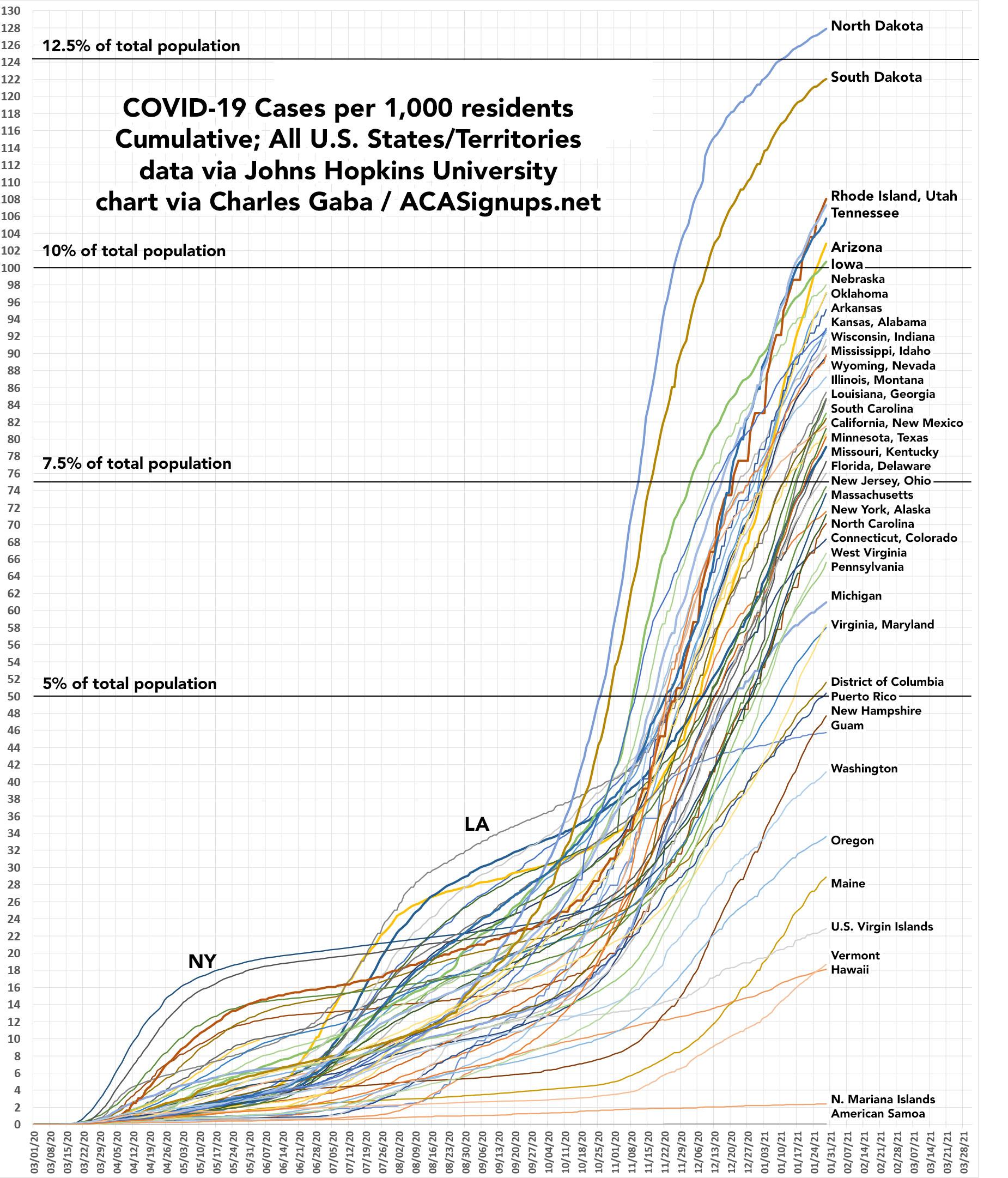 It's killed 1 out of every 500 residents of Massachusetts, Rhode Island, Mississippi and South Dakota.

It's killed more than 1 out of 600 residents of Connecticut, Louisiana, North Dakota, Arizona, Pennsylvania and Illinois.

It's killed at least 1 out of every 700 residents of Arkansas, New Mexico, Alabama, Michigan, Indiana and Iowa. 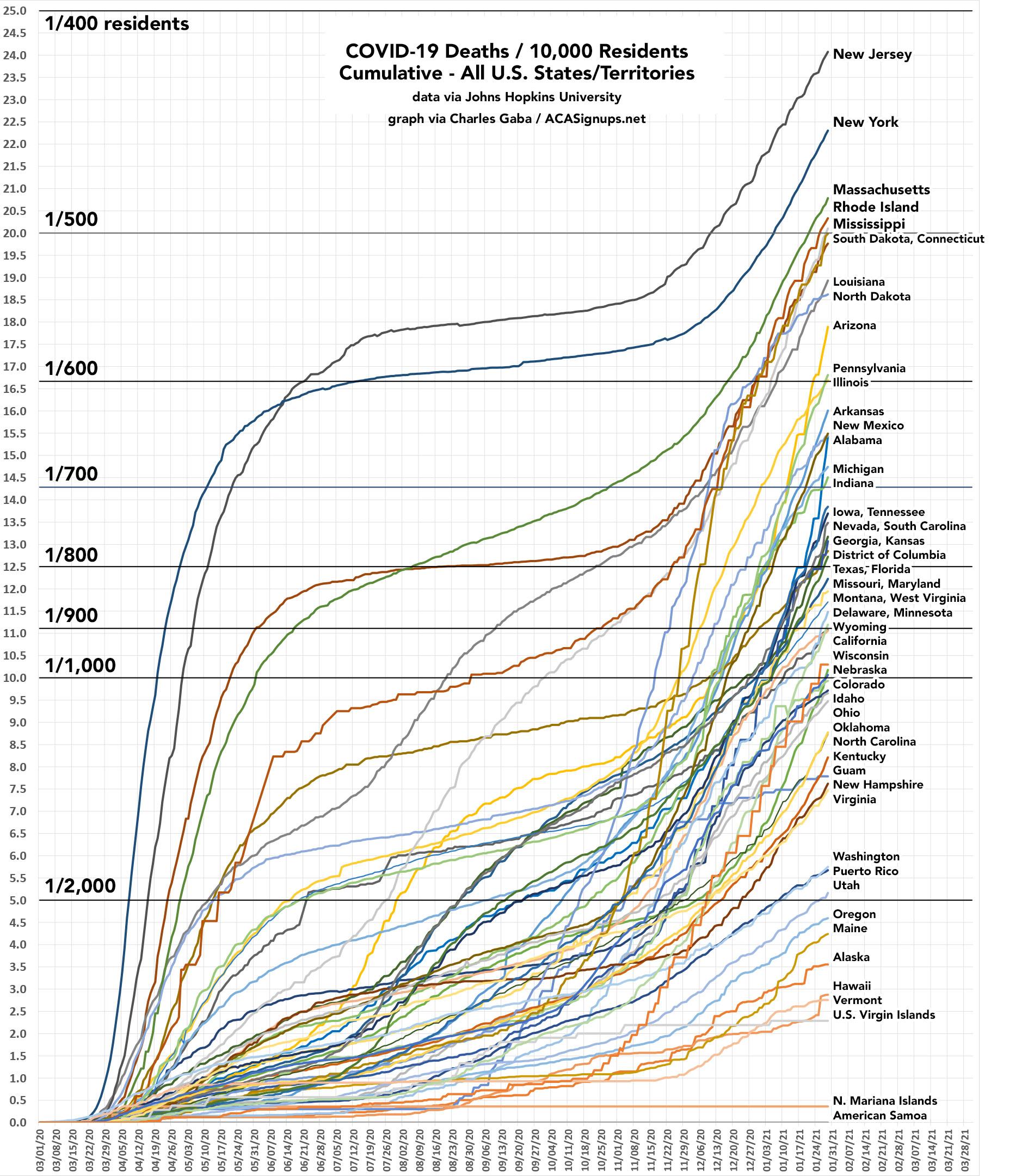