Joe Biden is rolling 2 major ACA 2.0 provisions into the #AmericanRescuePlan 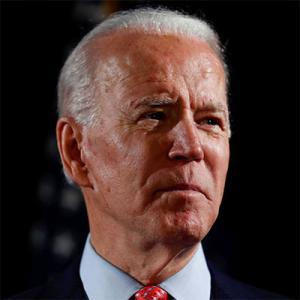 As I noted a year and a half ago in my analysis of Joe Biden's healthcare policy proposal, two major chunks of his plan are taken straight out of the House Democrats ACA 2.0 bills from 2018 & 2019 and from the Elizabeth Warren's ACA 2.0 bill in the Senate (CHIP, or the Consumer Health Insurance Protection Act). In fact, these two particular proposals were even part of Hillary Clinton's 2016 health plan, and originated way back in 2015 under a proposal by the Urban Institute:

Neither of these are terribly complicated, but combined they would make a huge improvement in the ACA and would reduce healthcare costs by thousands of dollars (or even tens of thousands in some cases) for millions of Americans.

There's a lot more in Biden's plan, of course, but these two items are the ones which I've been pushing hard for several years now, to the point that I actually met with staffers for over a dozen House Democrats almost exactly one year ago specifically to push them to cosponsor H.R. 1868, which would do exactly these two things. A similar version of each was included in H.R. 1425, which passed the House last summer...only to be DOA in the Senate, of course.

Anyway, Larry Levitt of the Kaiser Family Foundation called this to my attention earlier this evening:

An increase in ACA subsidies and extension to the middle class by capping premiums at 8.5% of income.

A temporary subsidy of COBRA continuation coverage for people who have lost job-based insurance.

Obviously the main focus of this ambitious $1.9 trillion proposal is things like direct cash relief payments ($1,400 apiece, to make good on the $2,000/person total being discussed over the past month or so), COVID-19 vaccination funding and a host of other vitally important stuff...but if you scroll down to page 15, there's also this:

The 9-month COBRA subsidization is important, but is clearly being pushed as a short-term thing during the COVID crisis. Killing the subsidy cliff & beefing up the formula would be permanent (I mean, I suppose they could include language stating that each would revert back to the current status after a year or whatever, but that would be stupid and would cause havoc with the insurance carrier actuarial projections, MLR rebate estimates, risk adjustment and a host of other areas of the insurance industry).

We'll see if this ends up being part of the final relief package or not, but if it is, and if it actually goes through quickly (this is, after all, supposed to be an emergency pandemic relief bill), it's conceivable that Biden could accomplish a good 1/4 or so of his healthcare plan within his first few weeks in office, which would be impressive as hell.

I'm not surprised that he's leaving a lot of stuff like the Public Option out for now, but it's interesting that Biden isn't bundling a third part of his proposed ACA exchange plan: Upgrading the benchmark plan from Silver to Gold (which would basically slash deductibles and other out of pocket expenses dramatically for most ACA enrollees). I don't know if this would be a bridge too far for this particular bill, or if doing so would cause some sort of procedural glitch connected to the filibuster, reconciliation, etc., but even without it the first two items would be huge.

Here's how the ACA's subsidy formula would could* change: 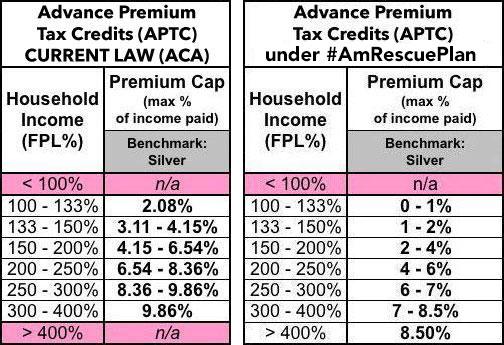 Assuming both the removing of the 400% FPL cap and the beefed-up APTC formula go through (maxing out at 8.5%), here's a couple of examples of how much enrollees would save depending on their age and household makeup. Keep in mind that these are averages (and are based on 2019 rates); the actual savings could be significantly higher or lower depending on where you live: 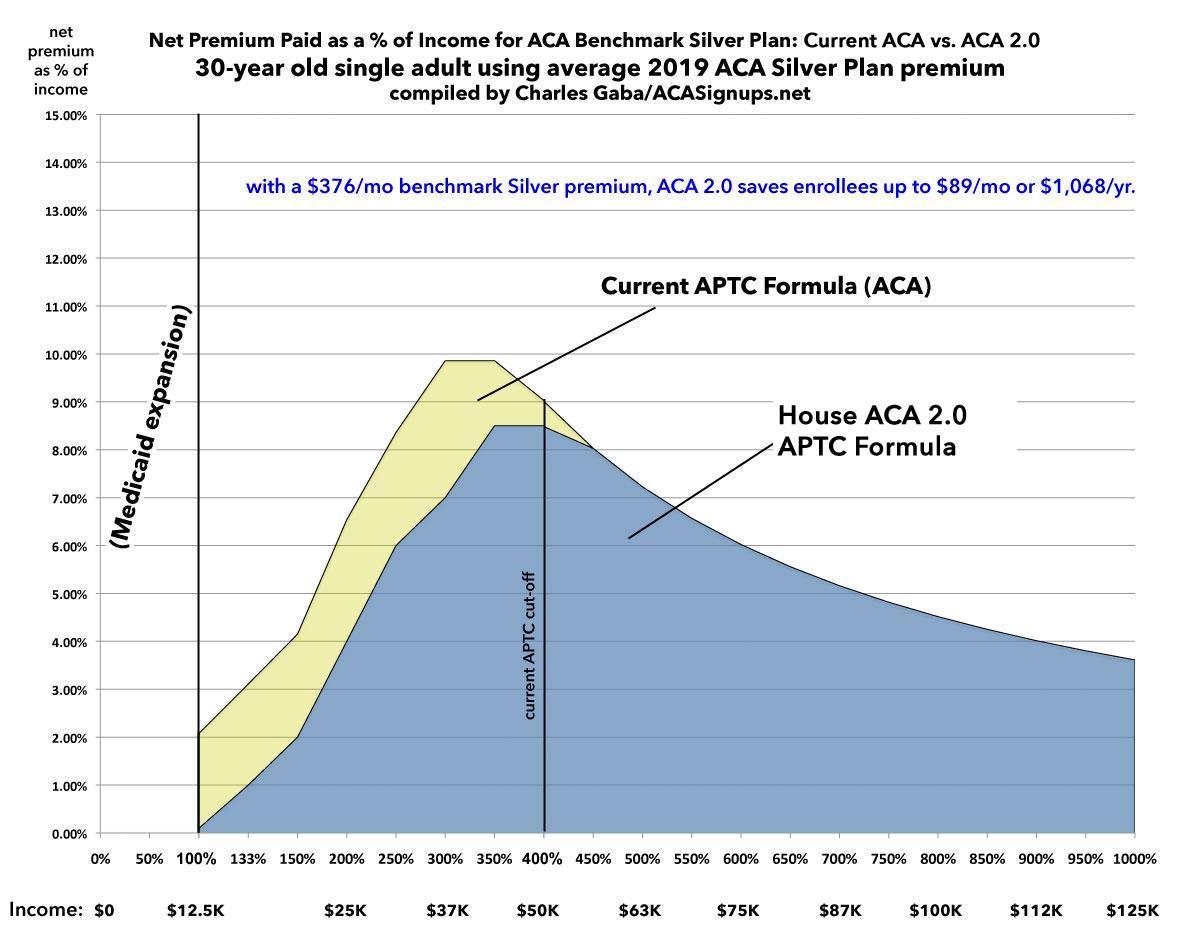 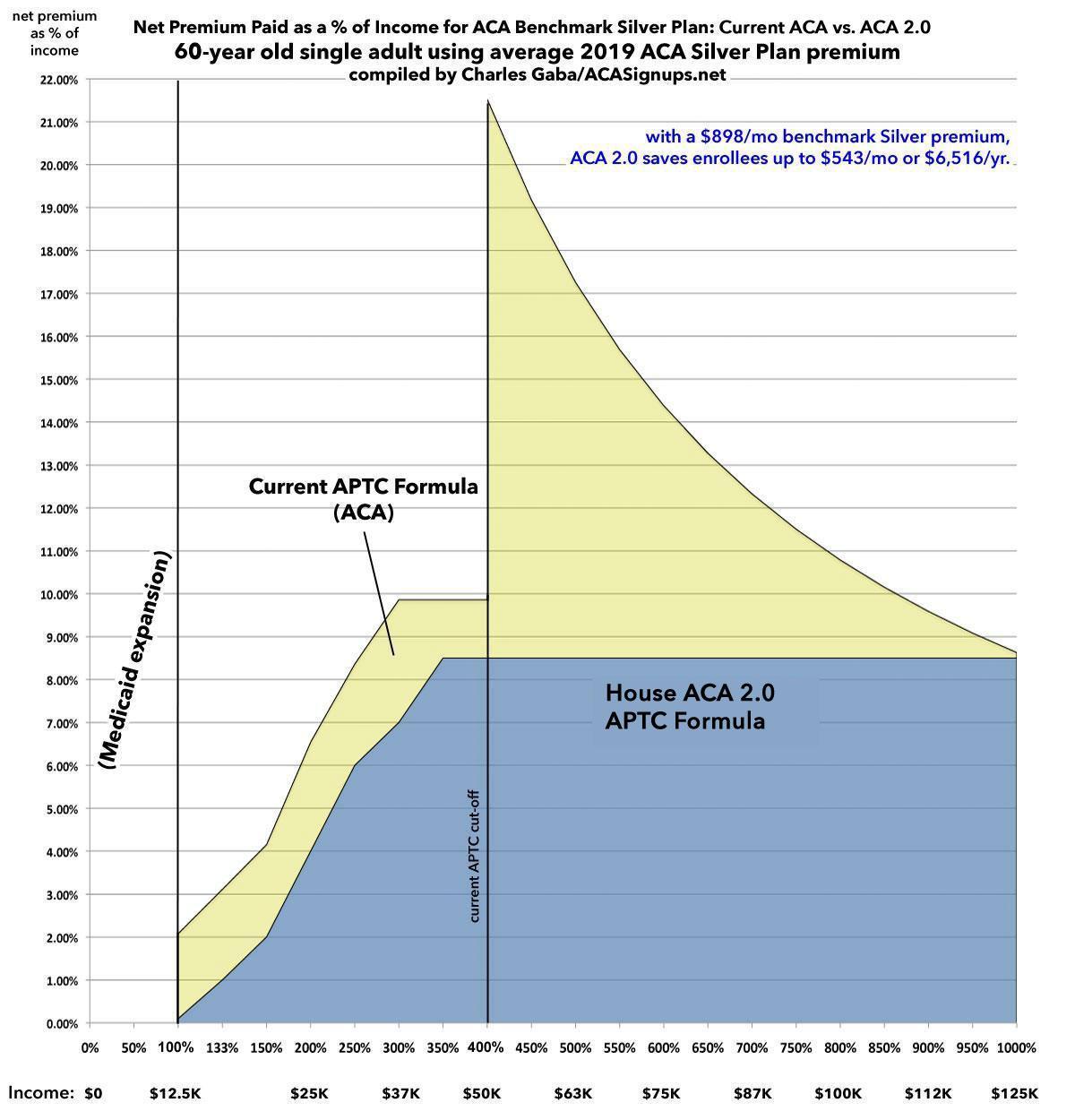 For couples or families with children, the average savings would be even more dramatic. Here's examples of a family of 4 (40-year old parents) and a 60-year old couple living in Henrico County, VA specifically: 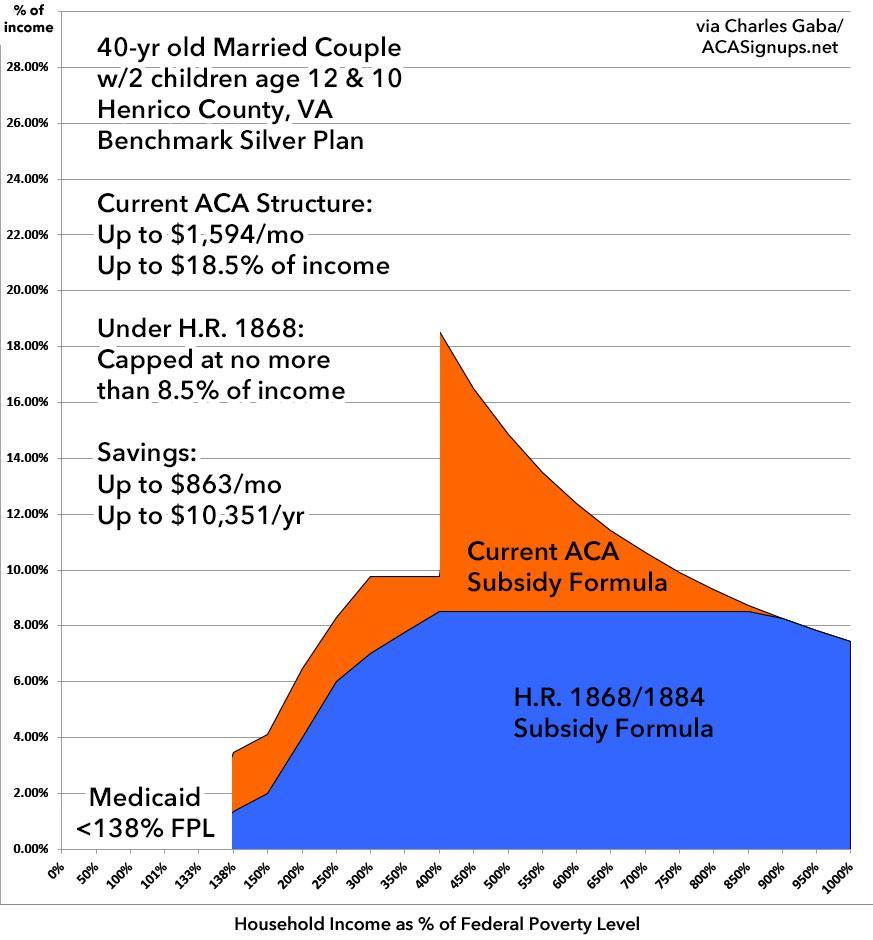 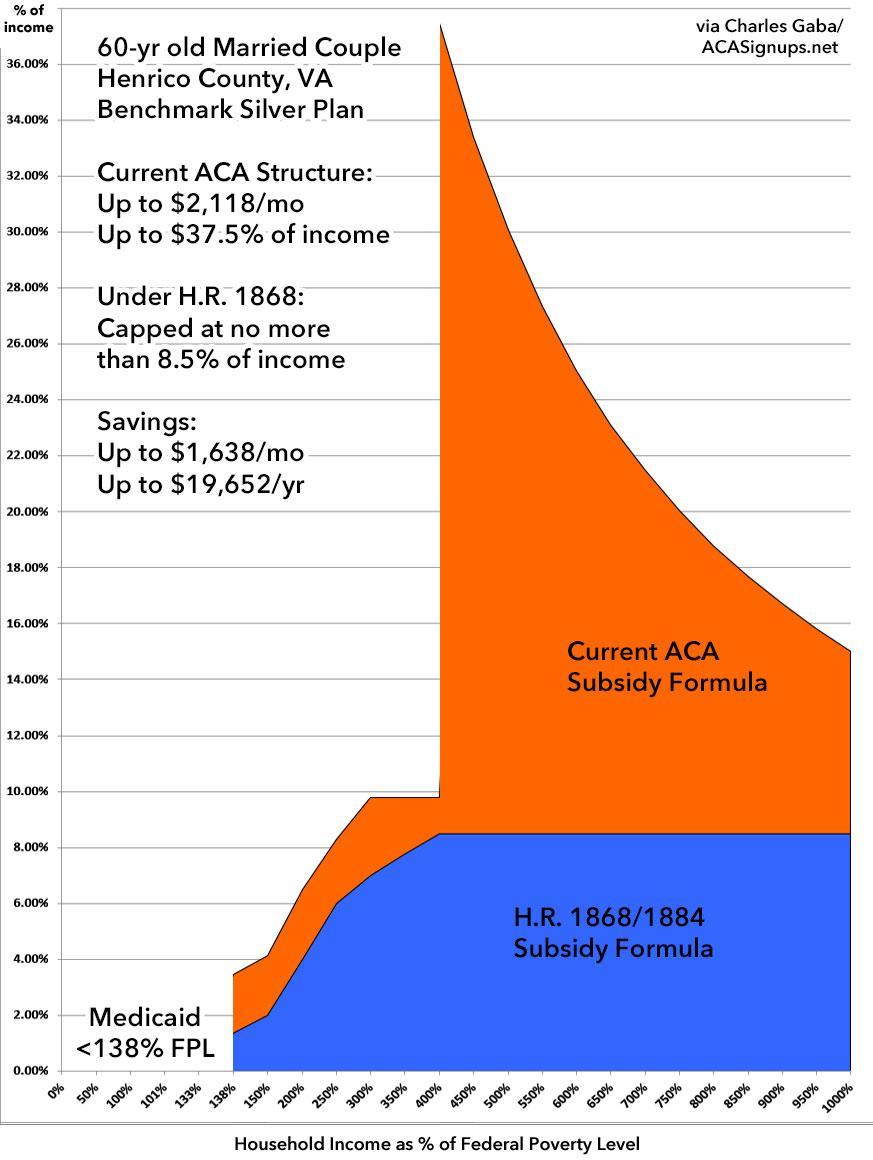 The only real question I have is about something else not included in the American Rescue Plan summary: Making #MootTheSuit. There's no mention at all of the pending Supreme Court decision on the entire ACA itself. I can't believe that they're not aware of the simple (on paper) fixes available, so there's only two reasons not to include this line item:

The first reason seems foolish; while oral arguments went about as well as they could have for the ACA (even Alito was questioning the logic of the plaintiffs), there's still a chance of them striking down the entire law.

The second reason seems more likley...and in fact, that's exactly the rationale I was using for opposing a #MootTheSuit bill until I was confident that Trump had been defeated and flipping the Senate was a real possibility...but that's also exactly why it makes sense to bake it into a larger "must-pass" omnibus bill like this one, where at least 10 Republican Senators will be under great pressure to vote for the whole thing.