How #COVID19 *fatalities* have spread across every U.S. state & territory per capita over time

I've done my best to label every state/territory, which obviously isn't easy to do for most of them given how tangled it gets in the middle. The most obvious point is that while New York and New Jersey are still far above every other state, other states are quickly catching up...and the trajectories of both North & South Dakota are incredibly disturbing in particular. 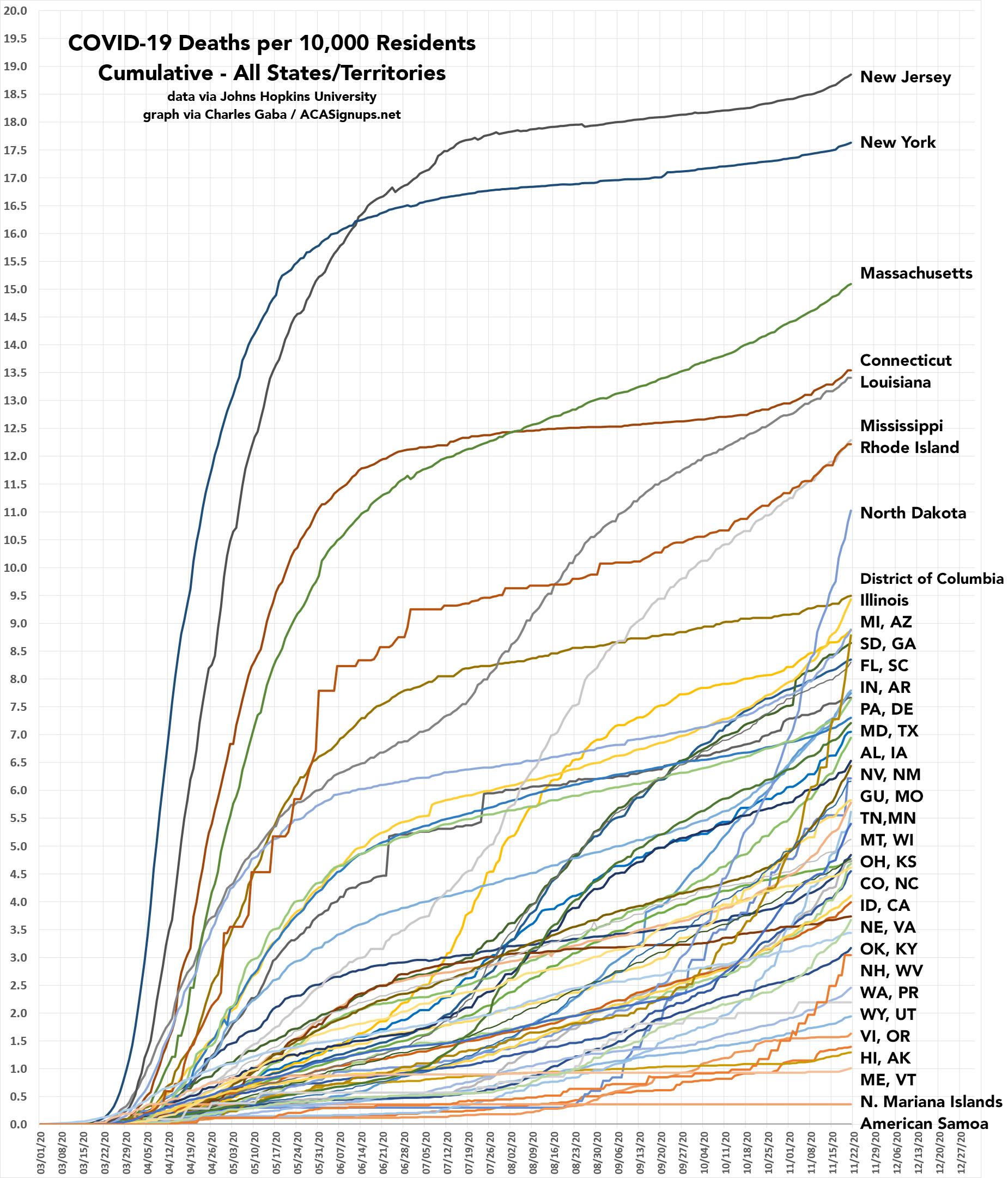