Arizona: 103,000 Arizonans have gained Medicaid coverage in the #COVID19 era thanks to #ACA expansion

I've decided to take a closer look at individual states. The graph below shows how many Arizonans have been actively enrolled their Medicaid expansion program (awkward named the Arizona Health Care Cost Containment System, or AHCCCS): 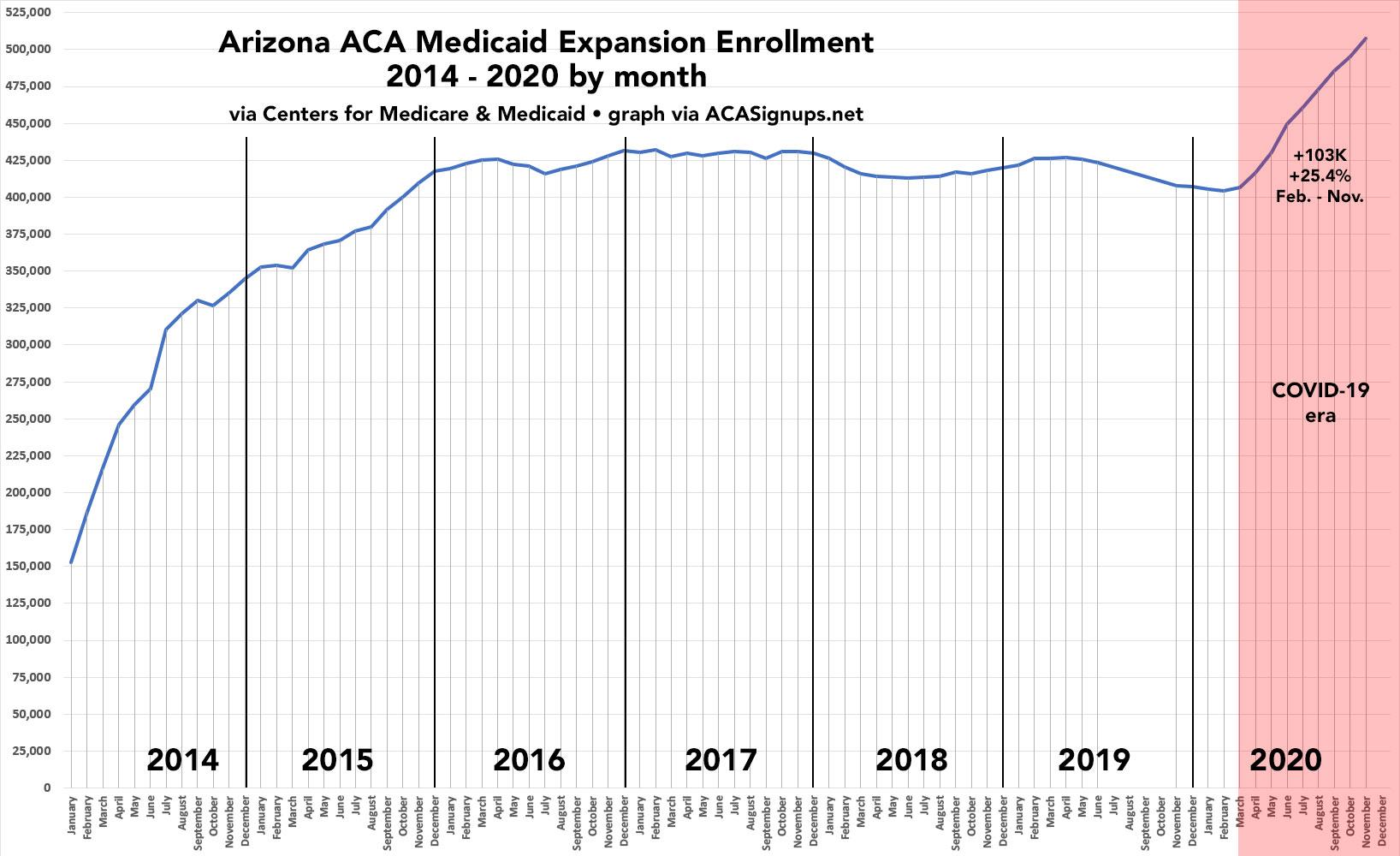 Arizona's program went through a messy patchwork of restrictions and reversals over the years, but total enrollment still ramped up quickly and has hovered between 400K - 425K for the past several years...right up until COVID hit.

Since February 2020, Arizona's Medicaid expansion enrollment has increased by nearly 103,000 people and is now over 25% higher than it was just before the COVID pandemic hit the U.S. This is a total of 507,000 enrolled in the program today.

When you include the ~120,000 enrolled in subsidized exchange plans, that's a total of 627,000 Arizonans who would lose healthcare coverage if the ACA is struck down by the Trump/GOP lawsuit, or 8.6% of Arizona's population.