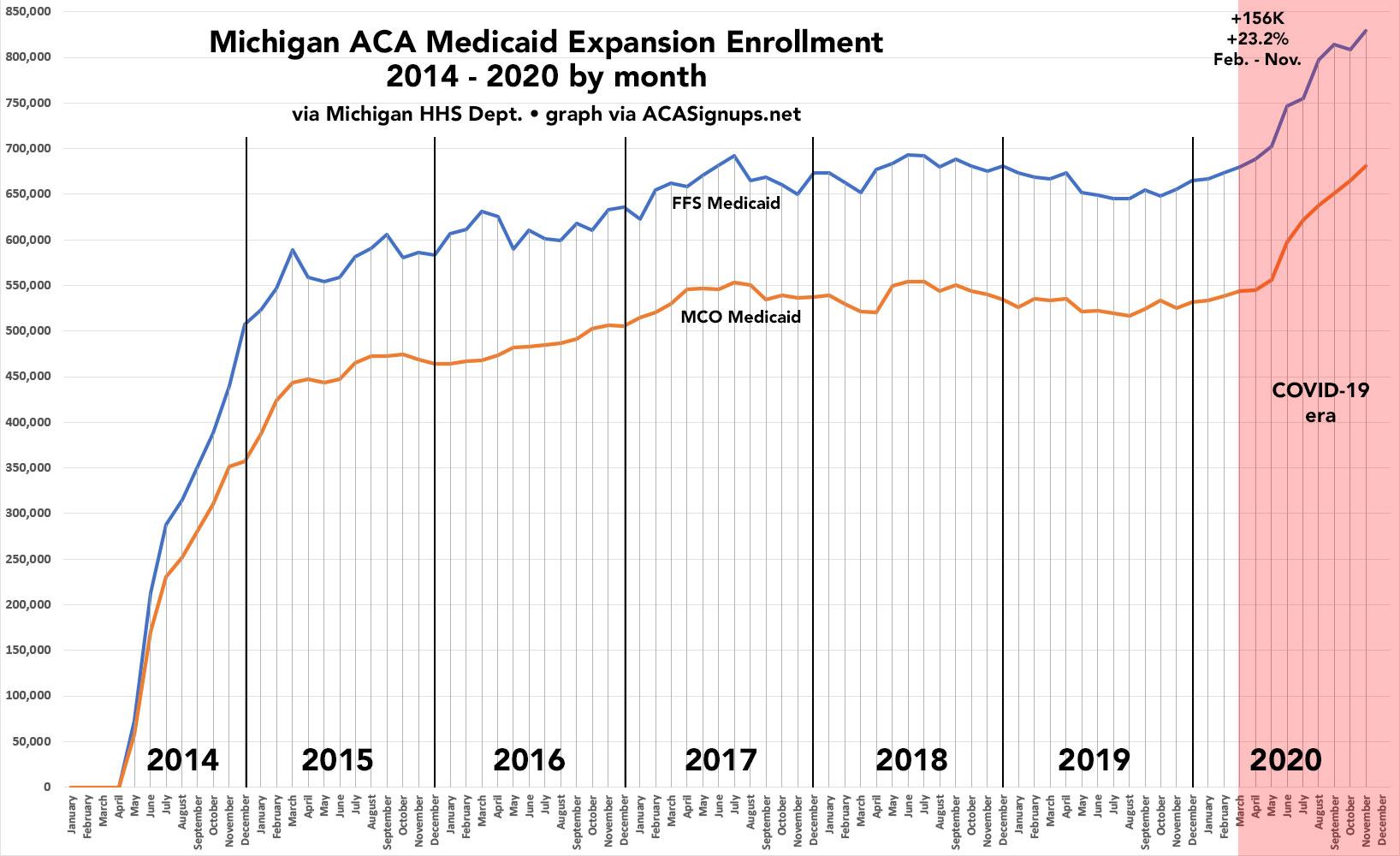 When I first plugged in the numbers, I was consistently coming in around 20% lower than Sprung's data (he had total enrollment at aorund 670K in February and 800K in September, while MI HHS Dept. reports put it at 540K and 650K respectively). After some discussion with Sprung and some searching around, it turns out the discrepancy is due ot the HHS Dept. reports only including managed Medicaid enrollees (MCOs). A chunk of Healthy Michigan enrollees are temporarily enrolled in traditional (Fee for Service, or FFS) Medicaid until they're placed into an MCO plan.

Unfortunately, the MI HHS report including full enrollment data only includes the current month, so I had to use the Internet Archive Wayback Machine to dig up as many of the prior months as possible. Out of 79 months, I was able to locate reports for 41 of them; on average, around 20% of all enrollees were in FFS Medicaid across those months, so I've tacked on 20% to the missing months to fill in the gaps above.

In any event, that's at least 156,000 Michiganders and growing who have shifted from whatever their pre-COVID healthcare coverage status was to having Medicaid in addition to the 673,000 who were already enrolled in the program back in February.

All 829,000 of these people, along with roughly 220,000 Michiganders enrolled in subsidized exchange plans, would be pretty much screwed if the ACA is struck down by the Trump/GOP lawsuit being considered by the Supreme Court right now. That's over 1 million Michiganders, or nearly 11% of the total state population.