In the middle of a deadly global pandemic which has already killed more than 100,000 Americans and completely disrupted the entire U.S. healthcare system, private insurance carriers still have to go about preparing their annual premium rate change filings for 2021. This is a long, complicated process which begins a good nine months before the new plans and prices are actually enrolled in.

The task of setting 2020 premiums was the first time since the ACA went into effect which was relatively calm for insurance carrier actuaries:

While there was still the 800-lb gorilla of the Texas Fold'em case (now called CA vs. TX), which could strike down the entire Affordable Care Act, they knew that the case wasn't likely to see final resolution for well over a year...and sure enough, it's not going to be heard by the U.S. Supreme Court until this fall.

2021 should have been the 2nd year of (relative) calm on the premium rate filing front--yes, there's still CA vs. TX to worry about and yes, the Presidential election will have a huge impact as well, but the rates for 2021 are locked in this year; any impact from either of those likely won't be felt until 2022.

And then...COVID-19 struck, throwing everything into chaos and uncertainty, from the healthcare industry to the economy at large. While things are a complete mess this year, what does it all mean for next year?

On the one hand, the cost of testing and treating COVID patients is no doubt massive, and the disruption is causing havoc among hospital systems and doctors offices in terms of supply, demand and employment...which will no doubt have an impact on healthcare service pricing. On the other hand, there's a ton of "elective", or at least non-emegency medical procedures which have been delayed or cancelled...but that's this year. How many of those procedures will be performed next year instead?

In short, it's a big fat question mark, and while actuaries will be poring over their data as carefully as they can, in the end 2021 is still very much a crapshoot.

With that in mind, let's look at Oregon, which is the second state (after Vermont) to post their preliminary 2021 ACA individual market premium rate filings:

Oregon consumers can get a first look at requested rates for 2021 individual and small group health insurance plans, the Oregon Department of Consumer and Business Services announced today.

Moderate rate increase requests, recent health insurance company financial statements, and three insurers looking to offer on-exchange plans statewide, up from one in 2020, reveal that the Oregon health insurance market is stable and able to provide multiple health insurance options for all Oregonians.

“It’s early in the process, but it is encouraging to see more carriers expand their coverage area statewide and another year of modest rate change requests,” said Insurance Commissioner and acting DCBS Director Andrew Stolfi. “The initial data reveals that Oregon’s reinsurance program continues to provide premium relief and stabilization for the market.”

Health insurance companies submitted rate requests to the department’s Division of Financial Regulation on May 18. The requested rates are for plans that comply with the Affordable Care Act for small businesses and individuals who buy their own coverage rather than getting it through an employer.

The division must review and approve rates before they are charged to policyholders. Over the next two months, the division will analyze the requested rates to ensure they adequately cover Oregonians’ health care costs.

This review will include accounting for recent COVID-19 claims experience and ongoing risks created by the pandemic. It is too early to understand the effect COVID-19 relief efforts will have on health insurance rates, but the state’s rate review process provides the opportunity to gather and analyze more data before final rate decisions are made.

Oregonians will soon be able to compare their health plans and submit comments about the initial rates at  oregonhealthrates.com . Public hearing dates will also be posted to the site.

“We look forward to a thorough public review of these filings as we work to establish next year’s health insurance rates,” said Stolfi. “We encourage all Oregonians to review these initial rate requests and provide feedback on their health insurance plans.”

Oregonians are encouraged to comment on rate change requests during the public comment period, which opens later this month and runs through June 30. The public can submit comments at oregonhealthrates.com and during the public rate hearings.

Preliminary decisions are expected to be announced in early July, and final decisions will be made in early August.

I get a 2.5% average increase vs. the state insurance dept's. 2.2%, but if some current enrollees aren't included due to dropped product lines/etc. that would impact the weighted average. 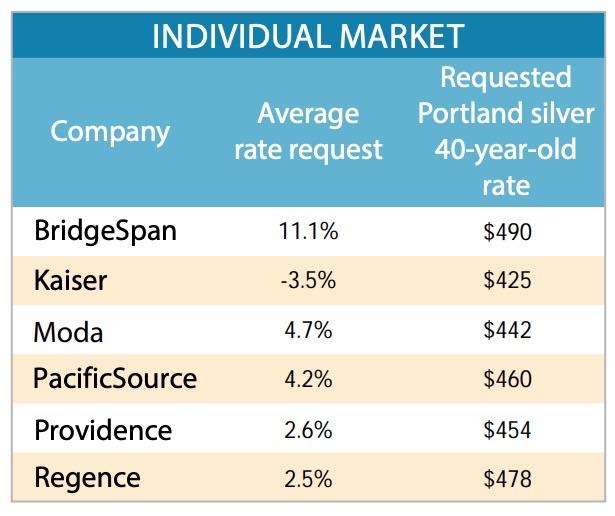 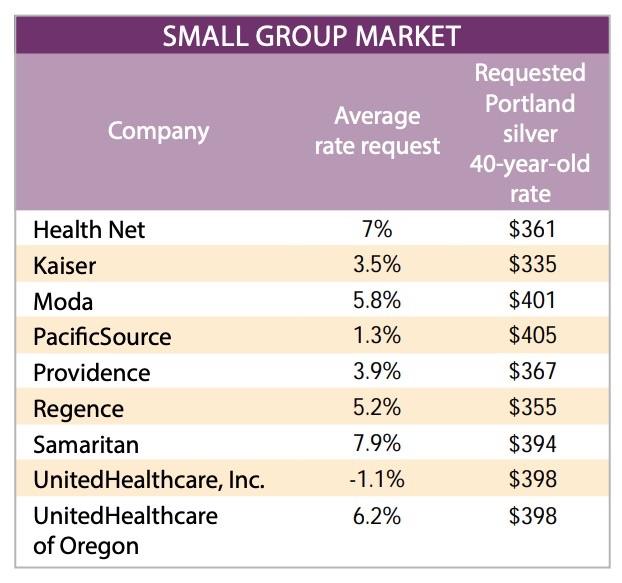 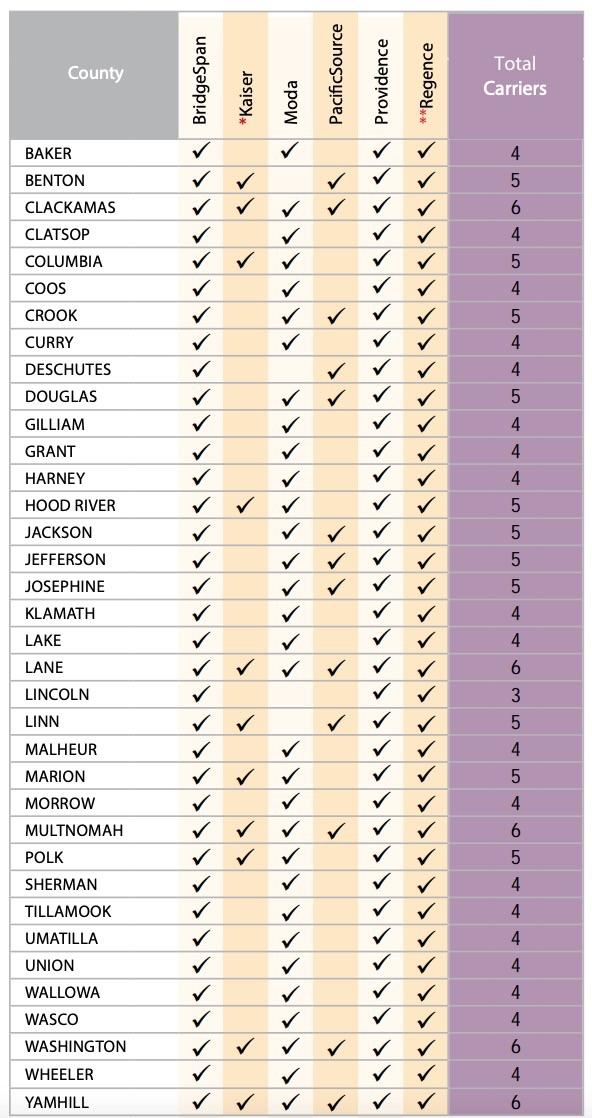