The District of Columbia has joined Vermont and Oregon in releasing their preliminary 2021 Individual and Small Group market premium rate filings:

The four insurance companies filed proposed rates for individuals, families and small businesses for the 2021 plan year. Overall, 188 plans were filed, compared to 181 last year. The number of small group plans increased from 156 to 163, and the number of individual plans remained at 25.

Some of these are pretty standard, but that massive 38% hike for small group PPO plans is quite an eye opener...but it's important to note that they only appear to have 444 people actually enrolled in those plans. Here's the summary of each market...it comes to a weighted average increase of 3.8% on the individual market and just 1.9% for the small group market: 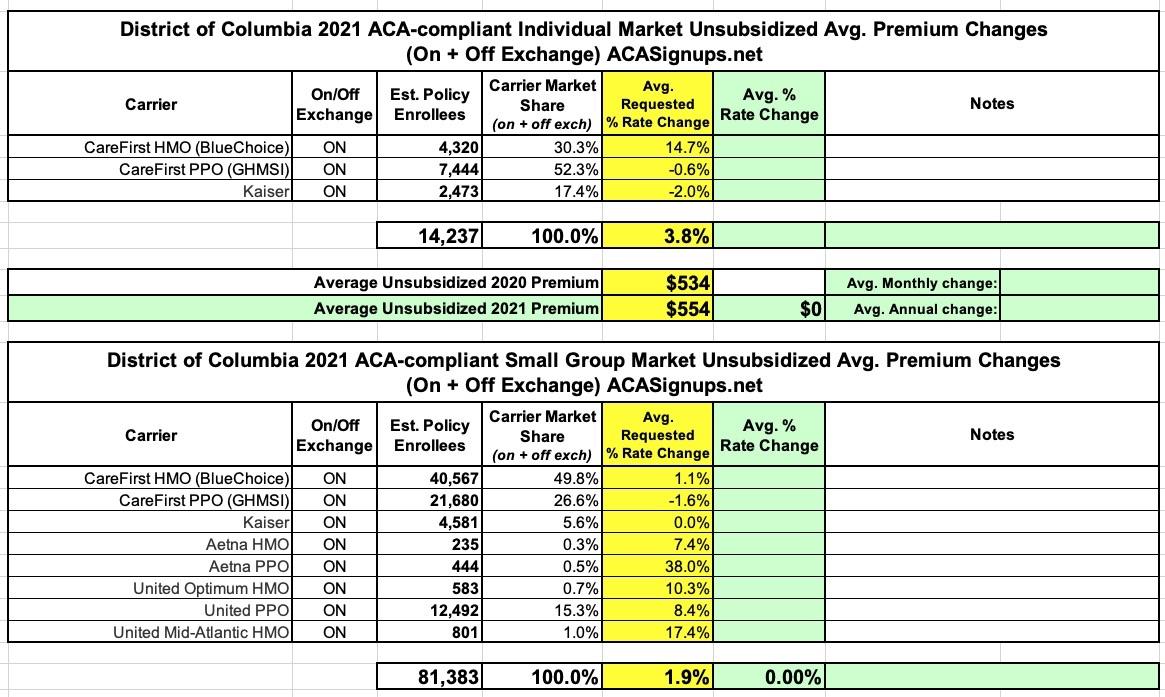