Rhode Island is, understandably, heavily touting their new ACA Section 1332 Reinsurance Waiver program, which allowed the carriers in the state to lower unsubsidized premiums by half a point on average instead of raising them several points. Of course, there's also a big downside to reinsurance programs for subsidized enrollees, so it's a double-edged sword, but still.

Rhode Island is already seeing the positive impact of state efforts taken to protect the state’s health insurance market. Bucking the recent national trend of rising health insurance costs, the average “sticker price” for coverage through HealthSource RI is less than it was the year before. 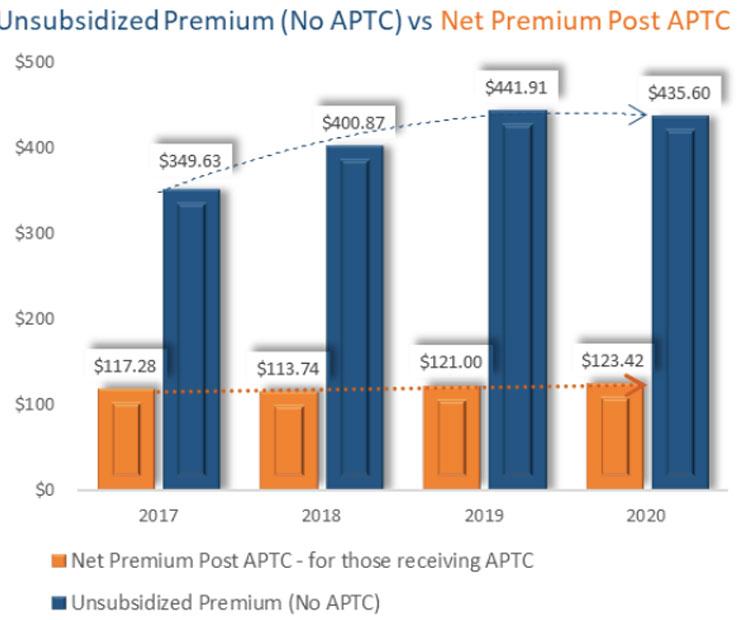 In June 2019, The General Assembly passed The Rhode Island Market Stability and Reinsurance Act, which included consumer protections against predatory ‘junk’ plans and a ‘reinsurance’ program that pays for some of the most expensive insurance claims to help lower the overall cost of health coverage. The act also included a requirement that most Rhode Islanders purchase health insurance, which was modeled off the Affordable Care Act’s individual mandate and is designed to keep costs stable in the long term.

I'm glad to see HealthSource RI mention their reimplemented mandate penalty. As I've noted many times before, the coverage mandate penalty is useless for boosting enrollment if no one actually knows it's there.

OK, what about the actual enrollment data itself?

From November 1st to December 31st of 2019, Rhode Island individuals and families had the opportunity to sign up for 2020 coverage through HealthSource RI during its annual open enrollment period.  Enrollments during that time were slightly higher than enrollments from the year before. Enrolled and paid customers for 2020 increased slightly, from 32,486 customers in 2019 to 32,704 customers for this year. 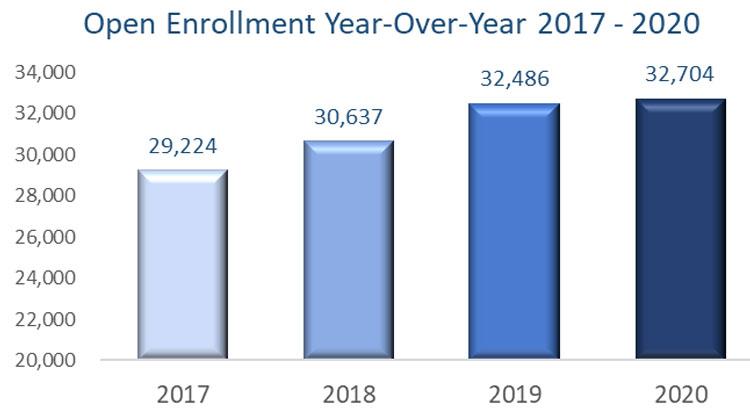 It's important to note that these numbers represent enrolled and paid for enrollees. The official QHP selection numbers for Rhode Island have been:

This year they're reporting 32,704 total paid enrollees during Open Enrollment. I'm going to assume a similar paid/selected ratio as last year, which would bring CMS's total in at around 34,700, or about 170 higher than last year.

To make it easier for Rhode Islanders to pick the plan that fits their needs, HealthSource RI launched several new tools, including a chat function on its webpage and a search tool that helps customers see which plans cover their prescriptions.

Although Open Enrollment for 2020 health coverage has ended, Special Enrollment Periods are available for individuals and families who go through life changes that affect their ability to get healthcare coverage. Those who experience a qualifying life event, such as moving to Rhode Island or losing employer-sponsored coverage, should contact HealthSource RI at 1-855-840-4774 or in-person at 401 Wampanoag Trail in East Providence. A full list of qualifying events and hours of operation can be found at healthsourceri.com/sep.