The 34K figure is actually more accurate in terms of understanding changes in Vermont's individual and small group markets, but it's not the same number counted by the Centers for Medicare & Medicaid (CMS) for purposes of the "official" Open Enrollment report, which will only included the on-exchange number as of 12/15/19 for Vermont.

Having said that, from the look of things, it's safe to say that the official CMS number is likely to be very close to 25,000 again this year regardless. The overall individual market is down around 1.2% (414 fewer people), and while there's definitely been a shift away from Silver (down 10.8%) over to Bronze (up 11.7%) and Gold (up 8.1%), there's no way of telling whether those shifts are on or off-exchange...with one exception: The "Reflective Silver" policies are exclusively off-exchange. That number did increase by 121 people.

Unfortunately I still don't know the exact on-exchange 12/15 figure for Vermont, but until I do, I'm going to use 24,800 as a placeholder on my spreadsheet. 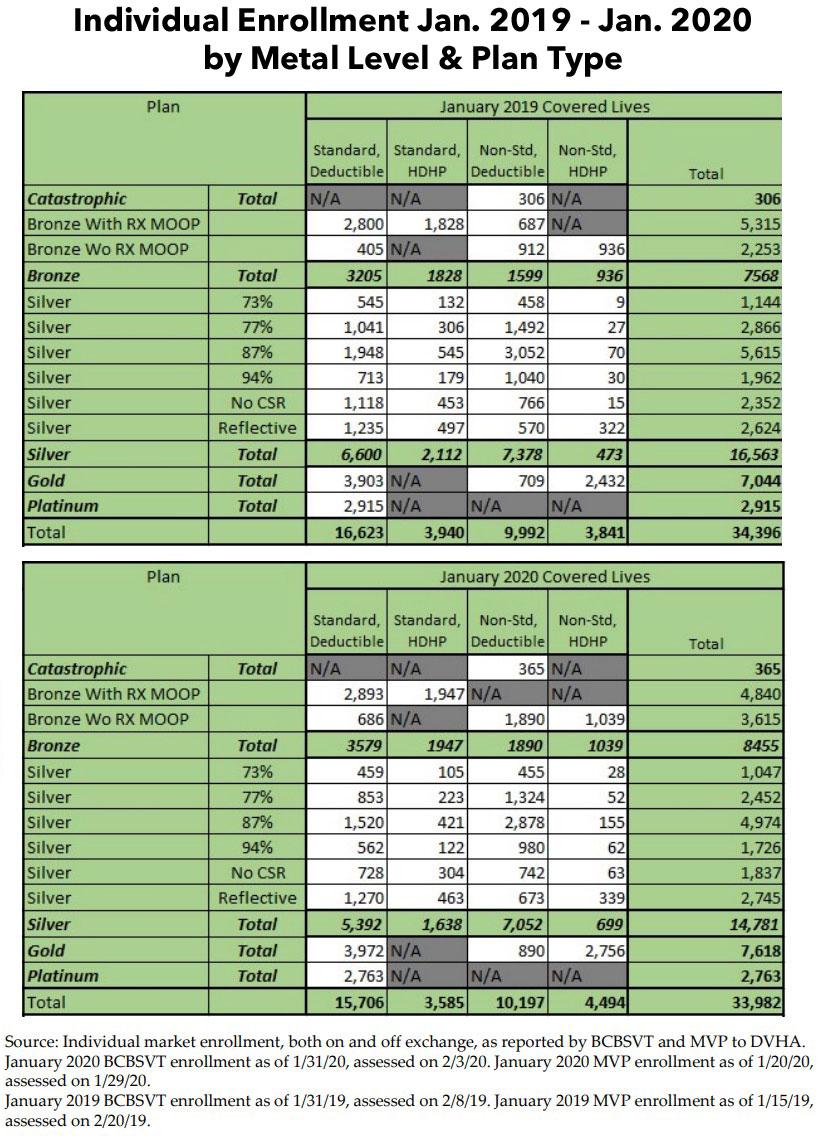 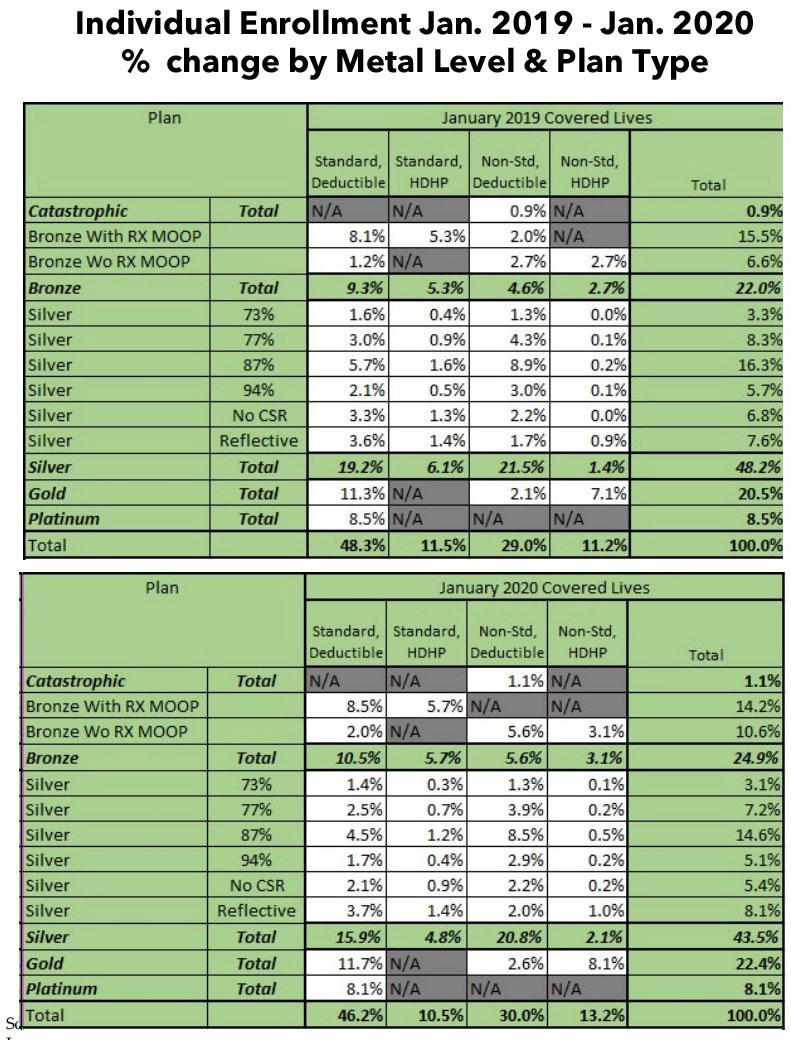 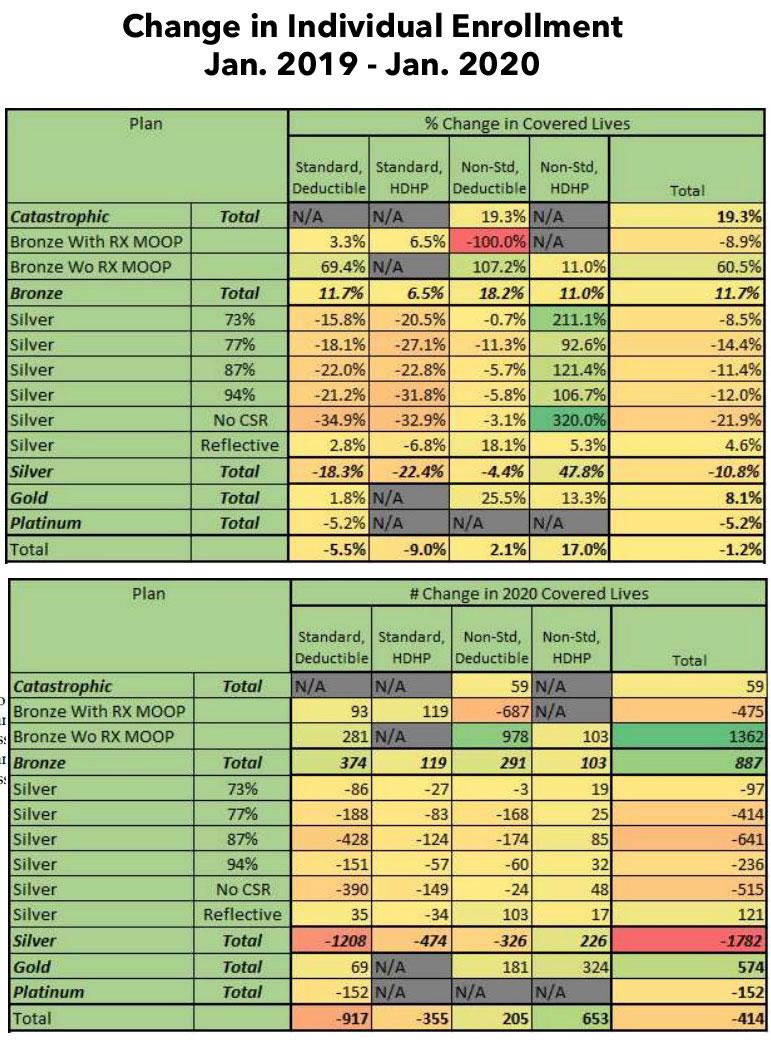 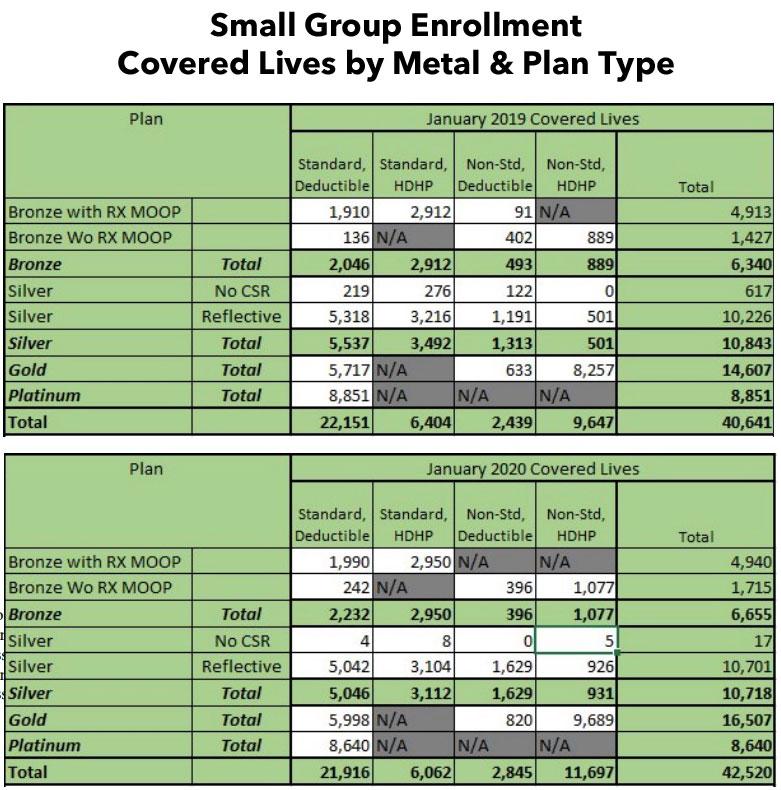 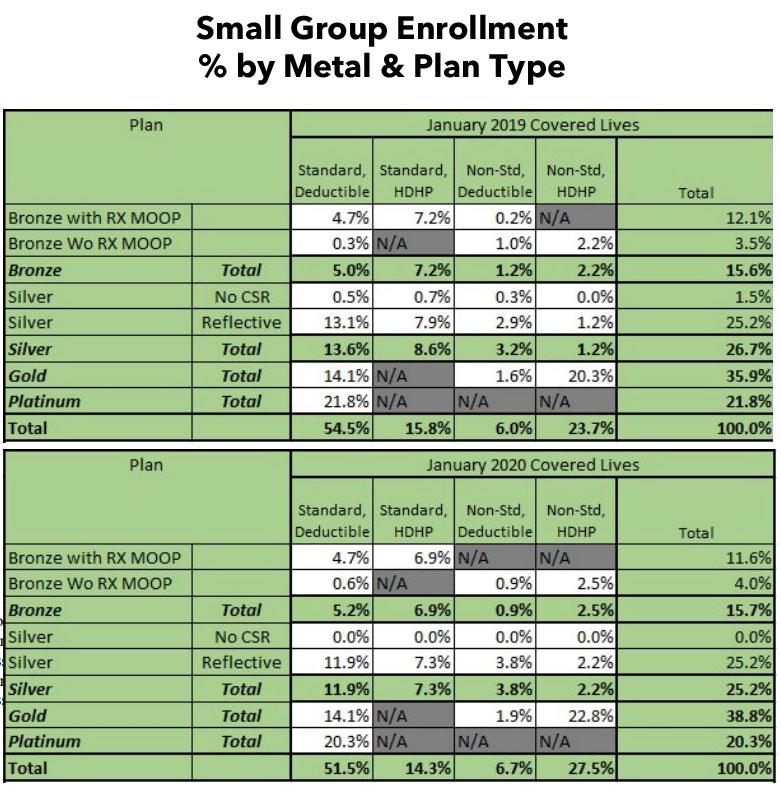 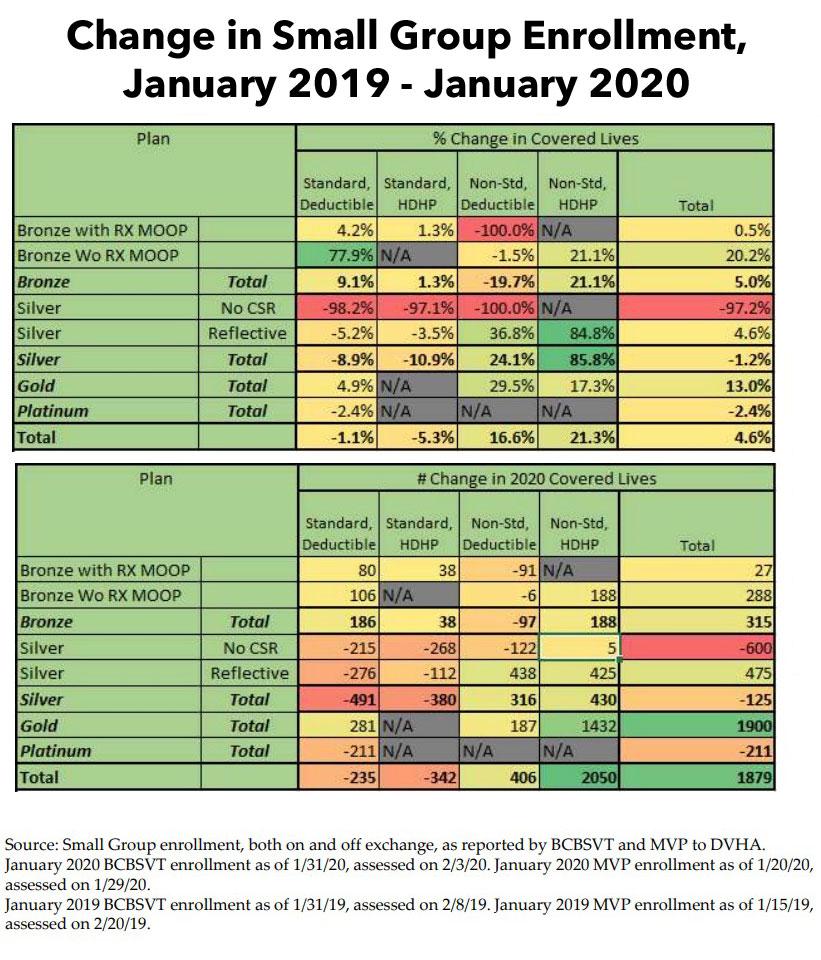