"Americans shouldn't be jerked around": WTF happens next after the #TexasFoldEm ruling? 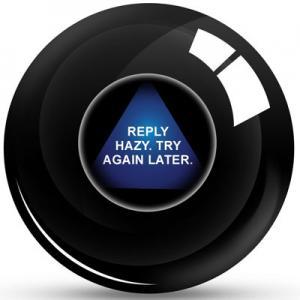 Here's my original post on yesterday's 5th Circuit Court of Appeals ruling in the absurd Texas vs. U.S. (aka Texas Fold'em) lawsuit.

The bottom line for What This Means is:

Xavier Becerra, Lead Attorney General for the 21 states which are defending the ACA, bluntly explained why they're asking SCOTUS to fast-track their involvement (again: "fast-track" is a very relative term here):

The California Department of Justice is prepared to challenge the 5th Circuit’s decision in #TexasvUS.

Let’s end the uncertainty. Americans shouldn’t be jerked around when it comes to their healthcare. #AffordableCareAct pic.twitter.com/5qaz9a64eA

Just because the defending states ask SCOTUS to jump in, that doesn't mean they will; four of the justices would have to agree to do so, and according to U of M law professor and ACA legal expert Nicholas Bagley, the Supreme Court doesn't like to do that until the dust has settled on the lower court process. But...they might.

There are risks involved either way, of course. If SCOTUS jumps in, the final decision could end up coming out just before (or immediately after?) the 2020 Presidential election...which would throw one hell of a wild card into the mix. If they don't do so, then it definitely won't happen until after the election, and potentially not until well into 2021. To put it crassly, Ruth Bader Ginsburg is an 86-year old cancer survivor, while Stephen Breyer is 81 years old. In more ways than one, the clock is ticking and everyone knows it.

Even if SCOTUS does decide to shortcut the process, we're still likely in for a waiting game on that as well, according to Texas School of Law Professor Stephen Vladeck:

Yup. Texas would have 30 days to respond, and then it would be at least 3-4 weeks before #SCOTUS would have to rule on the cert. petition. Even if California hustled, we might not know anything new until March.

Over at The Atlantic, Prof. Bagley has a great piece which expands on his fantastic first-take explainer Twitter thread from last night:

In an opinion blending arrogance and cowardice in equal measure, an appeals court ruled yesterday that the Affordable Care Act contains a constitutional flaw—and that most or all of the law may have to be scrapped. But the court was coy about just how much of the law has to go, and punted that decision back to the same judge who, last December, declared the entire law invalid.

...Neither outcome is good. And it’s all completely unnecessary. The case is a partisan stunt that’s been roundly condemned by lawyers on both sides of the aisle. It should’ve been laughed out of contention long ago. The opinion from the U.S. Court of Appeals for the Fifth Circuit is an embarrassment, both to the Republican-appointed judges who put their names to it and to the federal judiciary as a whole. (The third judge on the panel, appointed by Jimmy Carter, dissented vehemently.)

...The Fifth Circuit’s cowardice may be strategic. By refusing to say how much or little of the law has to go, the opinion avoids creating an immediate headache for Republicans going into the 2020 election. It may also reduce the odds that the Supreme Court will review the case right away: The Court doesn’t normally like to hear cases before they’re wrapped up.

Nothing about this case is normal, however. The attorney general of California, Xavier Becerra, has already announced that he’s heading to the Supreme Court. It only takes four justices to take a case, and maybe the four liberals will roll the dice. After all, Chief Justice John Roberts has turned back two much stronger challenges to the Affordable Care Act. He’s unlikely to endorse a lawsuit this silly. And waiting could be risky: Two of the liberal justices are in their 80s, and President Trump would replace them with hard-liners if given the chance.

For now, the Fifth Circuit’s decision changes nothing on the ground. But it stands as evidence, if any more were needed, that traditional legal restraints have become fragile in a time of partisan warfare.