It's a pretty impressive database. You can filter it by any number of the following criteria:

The most obvious story is shown in the graph below: National participation plummeted from 2016 to 2017 as huge carriers like Aetna and UnitedHealthcare bailed on dozens of states in light of their disastrous performances in 2015 & 2016. A smaller story was the Co-Op Risk Corridor Massacre, in which nearly all of the ACA-created public/private start-up carriers were wiped out in the fall of 2015.

Since 2018, however, there's been a slow but steady rebound as the markets finally stabilize and carriers which were burnt in earlier years have started dipping their toes back in the water. 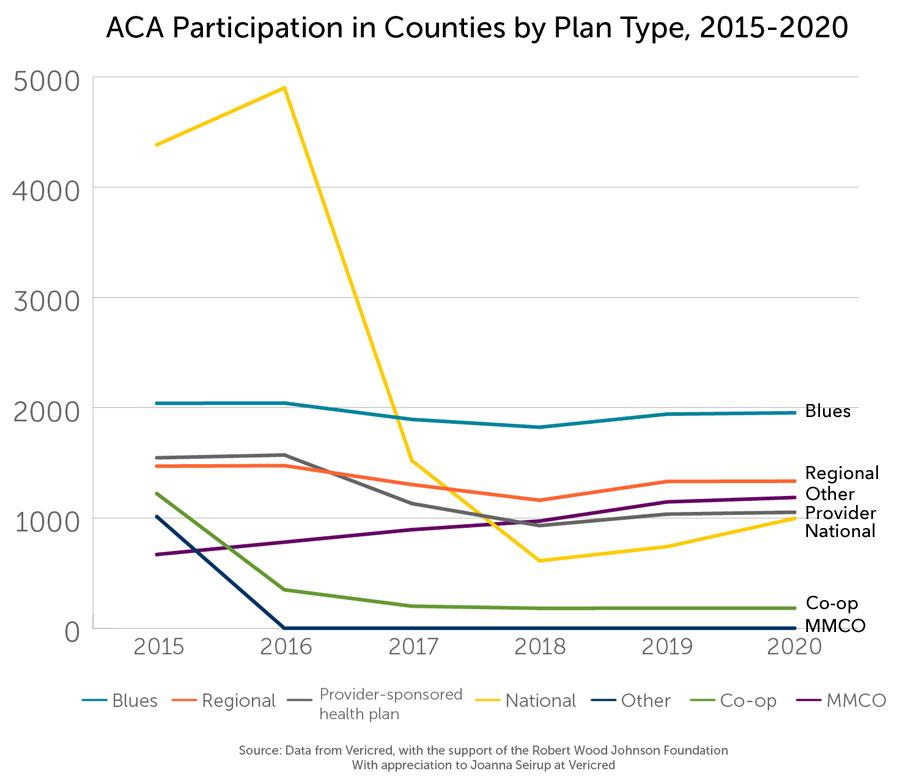