Virginia: Optima tried gaming the system. The system is about to game them back, bigtime.

All that being said, here's what the payments for 2018 going out this month look like in Virginia: 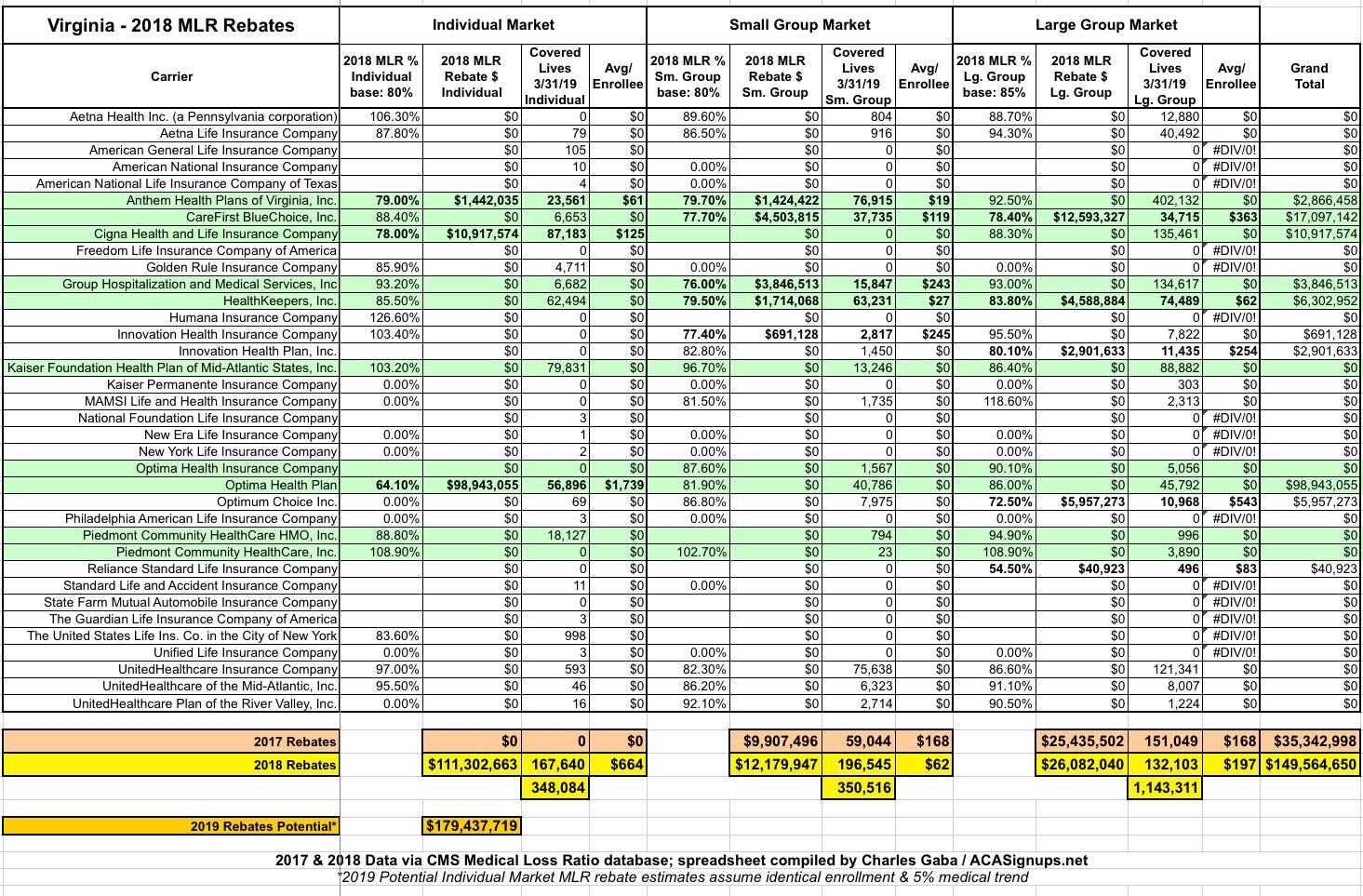 Virginia joins Pennsylvania and Texas in the "Holy Crap that's a ton of money being rebated!" category. The primary source here is Optima Health Plan, which I've written about extensively in the past. The short version is that they tried to take massive advantage of their monopoly market position in 2018, jacking their premium rates up massively...an astonishing 81.8%, to be precise. This came back to bite them on the ass a year later, however, as a competitor swept in and underbid them, bigtime. Optima scrambled to lower their prices, but waited too long to do so and...well, it turned into a big mess, let's just put it that way.

Throw in another $12 million plus from other carriers and Virginia carriers are rebating over $111 million to their Individual Market enrollees this year. Then you have to include the Small and Large Group markets, for a grand total of a stunning $149.5 million in MLR rebates from Virginia alone.

But wait, there's more! Optima's comeuppance for their market/pricing shenanigans may not be over yet...check out my projections for next year: It's conceivable that they'll have to pay back as much as another $137 million. Along with other potentially huge numbers from several other carriers, it's possible that Virginia Individual Market enrollees could end up getting as much as $179 million next year.