Texas: Hold on to your ten gallon hats, folks: $92 million in MLR rebate payments isn't even half of the story.

All that being said, here's what the payments for 2018 going out this month look like in Texas: 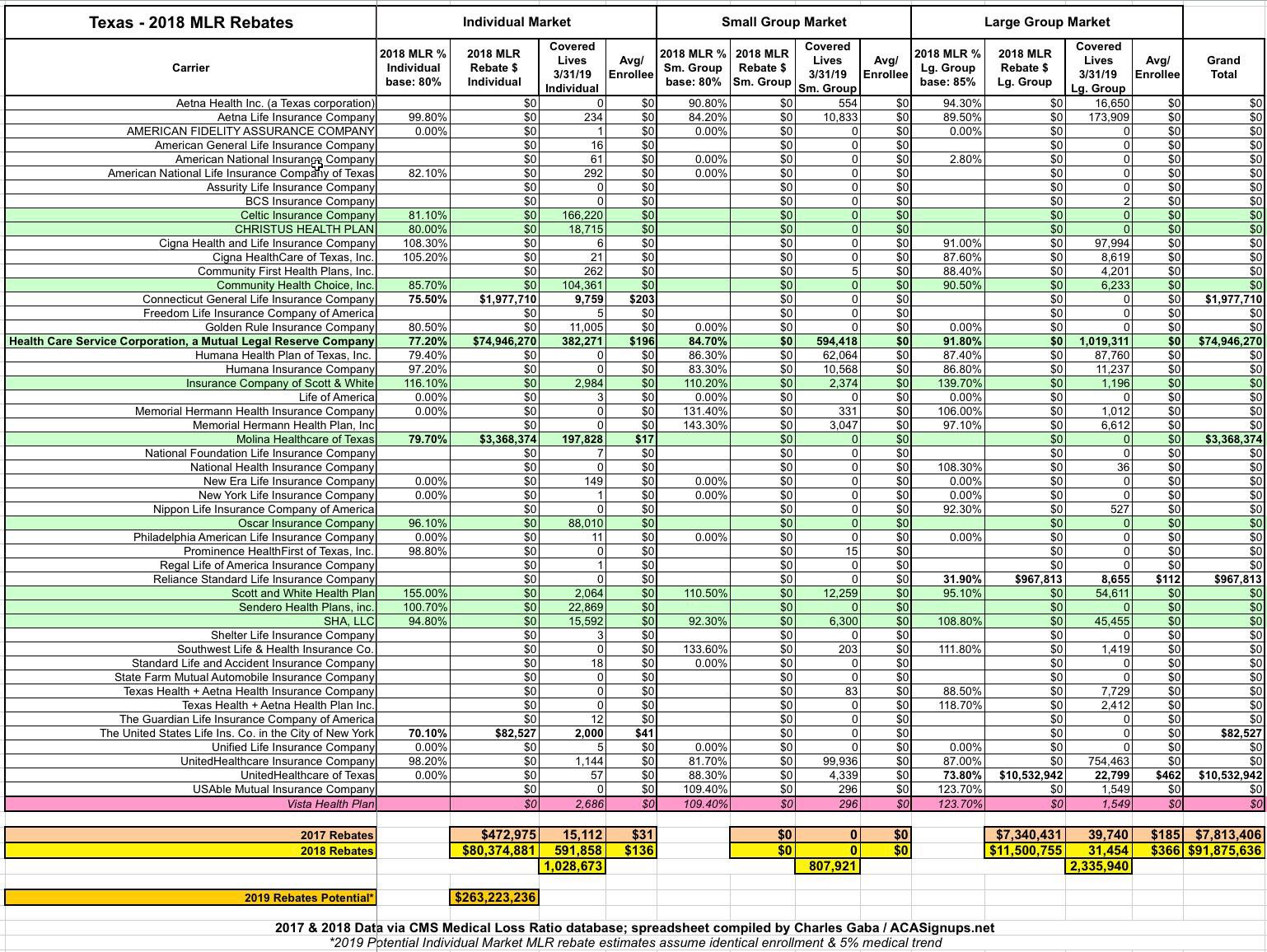 Whew! Nearly $92 million in MLR rebate payments are being paid out by Texas carriers this month, with over 81% of it coming from a single company: Health Care Service Corp, aka Blue Cross Blue Shield of Texas. Furthermore, all of BCBS's $75 million is going to Individual Market enrollees specifically, along with another $5 million from several other carriers, for a grand total of over $80 million going out to 592,000 Individual Market members...averaging around $136 apiece.

HERE'S WHERE IT GETS REALLY MIND-BLOWING, THOUGH: Check HCSC's MLR percentages below: 93.2% in 2016; just 72.3% in 2017; and a mere 66.9% in 2018. With 2016 dropping off and with HCSC only reducing rates 6.5% this year, it's possible that they could end up having to pay out as much as $216 million all by themselves. Combined with other carriers, Texas MLR rebates alone could conceivably break a quarter of a billion dollars next year.