All that being said, here's what the payments for 2018 going out this months look like in Nevada: 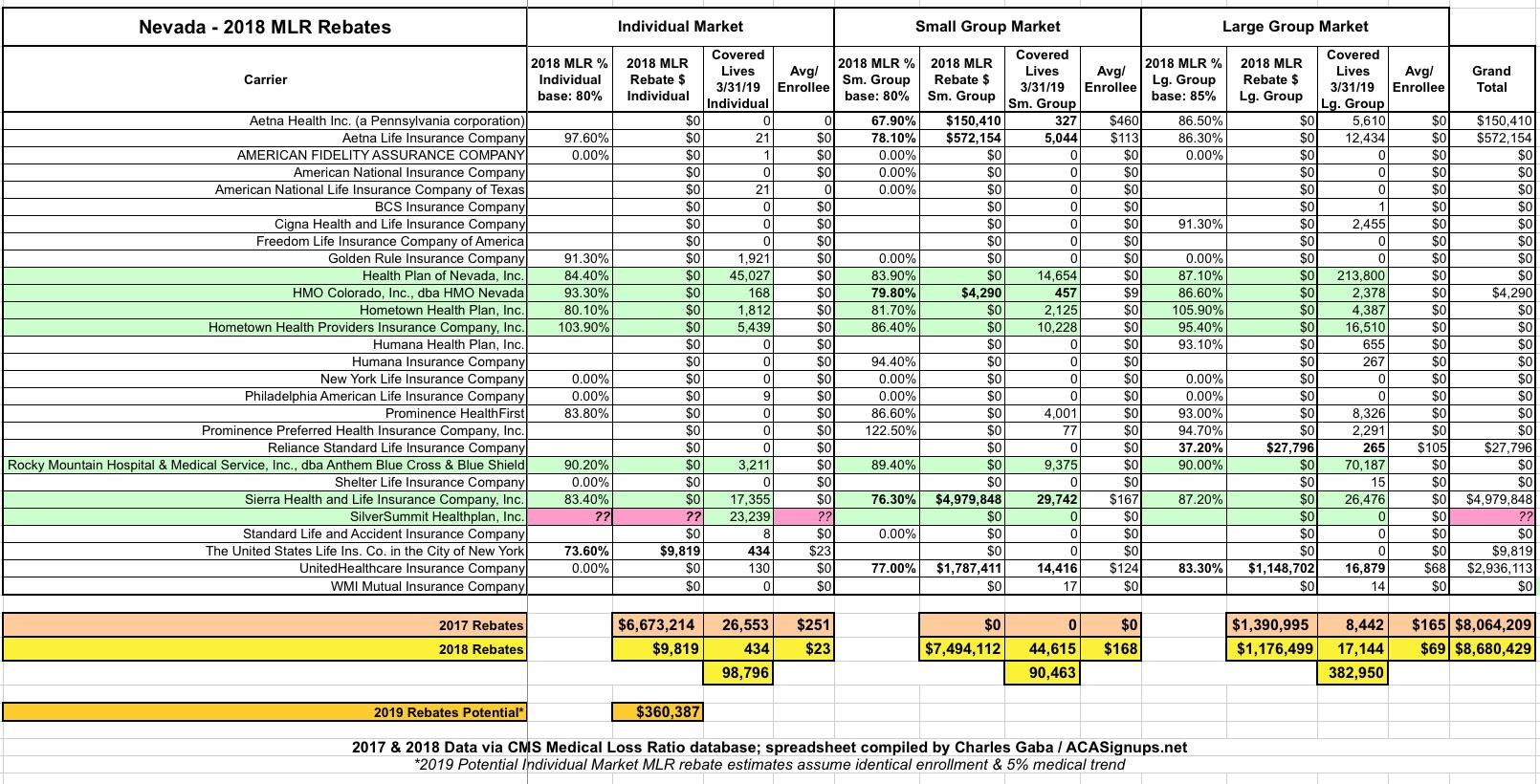 There's one oddity here, howevrer: SilverSummit Healthplan, Inc. had over 23,000 ACA exchange enrollees last year, but for some reason their dataset for 2018 doesn't list any MLR percentage, rebate amount or any amounts at all for premiums paid or claims processed. I don't mean the amounts are $0, I mean they're completely missing, which is of course impossible given that they had 23,000 Nevadans enrolled. The odds are they don't owe any rebates this year, but it's still a head-scratcher.

For 2020, individual market rebates could potentially increase to perhaps $360,000: