All that being said, here's what the payments for 2018 going out this month look like in California: 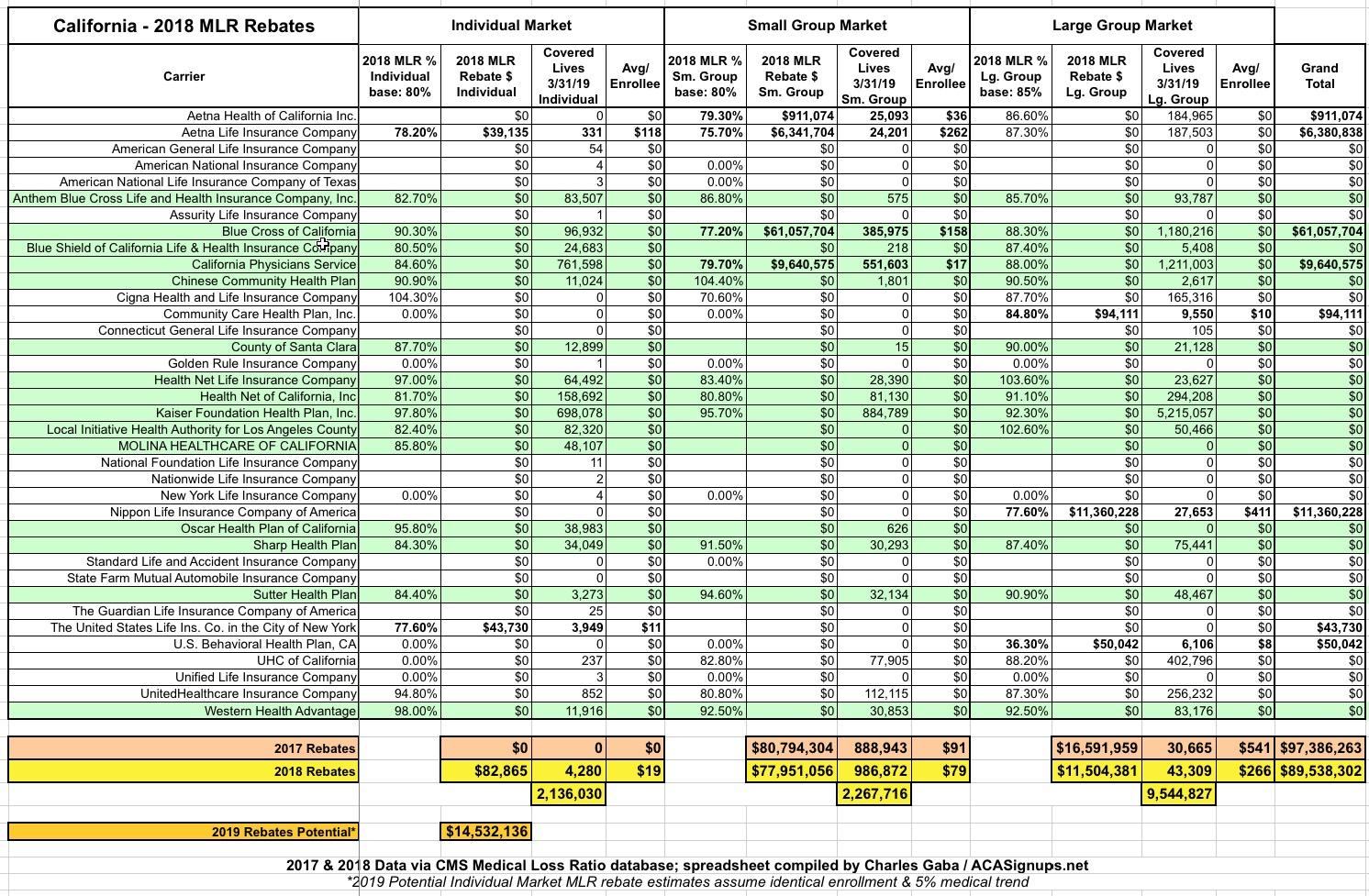 Considering California is the largest state in the country, it might seem surprising that their Individual Market MLR rebates are so nominal (a mere $83,000...and even that's up from $0 last year). However, it's important to keep in mind that what matters more is the 3-year rolling average MLR percentage, not the number of people actually enrolled. It doesn't matter if an insurance carrier has a million enrollees if they still come out over the 80% threshold (and CA Physician Service proves this...they have Indy Market 761,000 enrollees).

The Small Group market, on the other hand, is a different story--nearly a million small business enrollees will receive a total of $78 million in MLR rebates, while another 43,000 enrolled in Large Group plans will split $11.5 million.

As for next year, I'd keep an eye on Health Net and L.A. County, where they're likely to see at least a few million in 2019 MLR rebates (potentially up to $14 million statewide):