All that being said, here's what the payments for 2018 going out this months look like in Colorado: 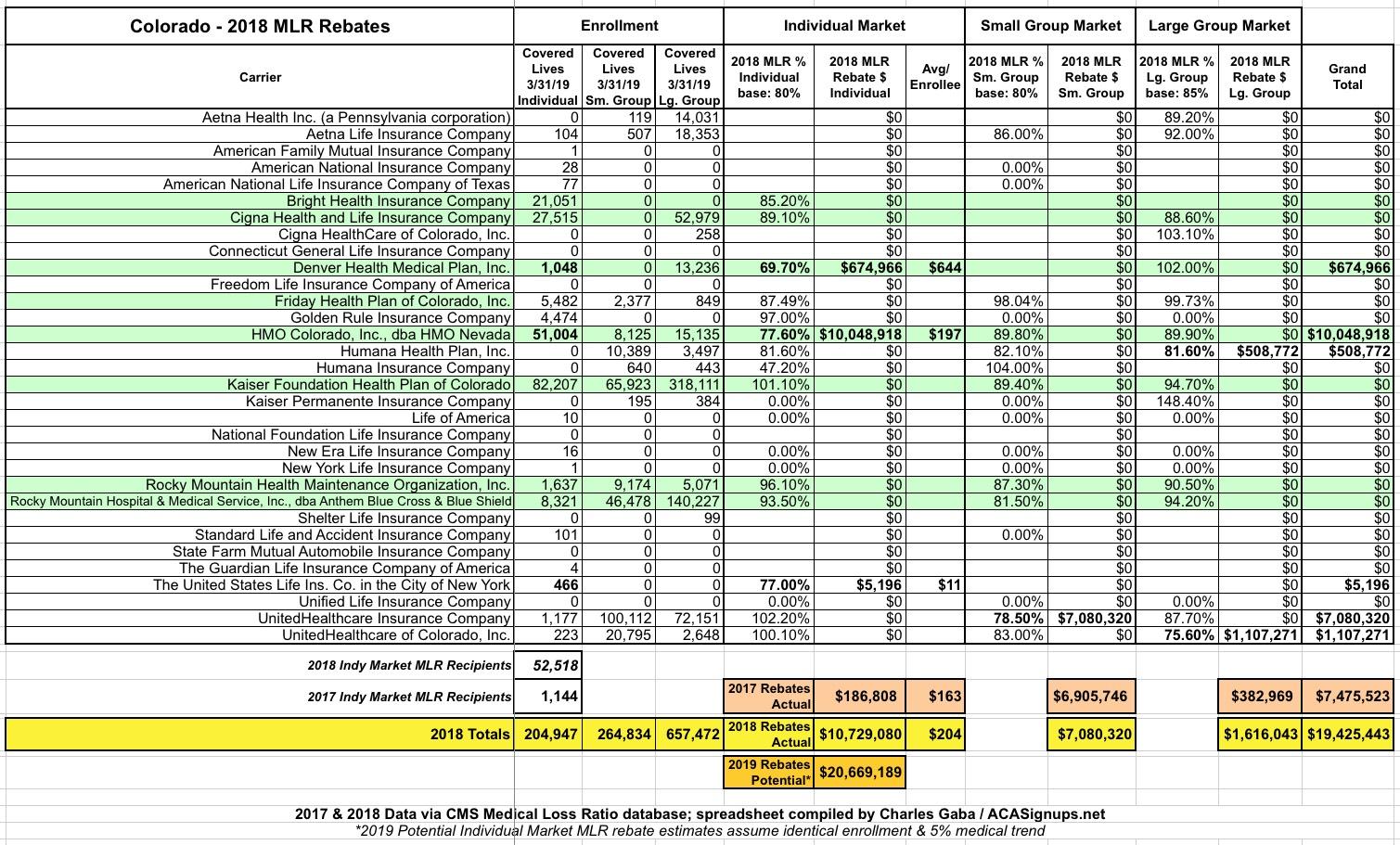 For 2020, individual market rebates could nearly double again to as much as $20.7 million.