All that being said, here's what things look like here in Michigan for 2018: 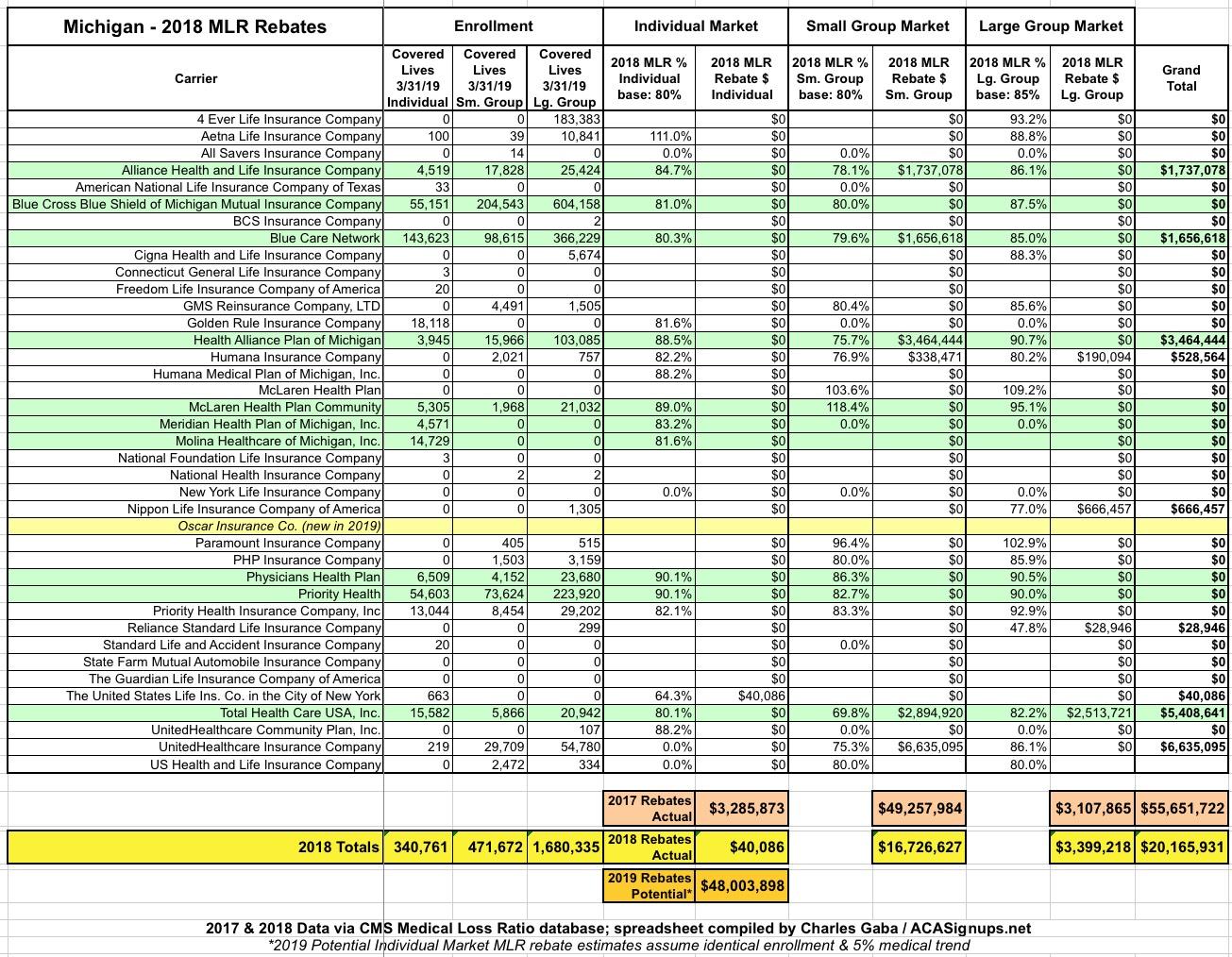 Rebates went up slightly in the Large Group market, from $3.1 million to $3.4 million. In the Small Group market they dropped dramatically, from over $49 million to just $16.5 million. It's the Individual Market which is the most surprising, however: Last year nearly $3.3 million was paid back to policyholders; this year it's a mere $40,000 from a single carrier (and not even one I'm familiar with...I've never heard of "The United States Life Insurance Co. in the City of New York", as awkward as the company's name may be.

This means that for 2018, the 3-year rolling average was 82.9%; this is why only a single carrier falling below the 80% mark (a few technically did but were nudged back over the 80% line due to the adjustments I mentioned above).

This would give a weighted average of around 79% even, which could potentially mean as much as $48 million in MLR rebates having to be paid out on the Individual Market alone from up to 5 of the carriers on the ACA individual market (Alliance, Blue Cross Blue Shield of Michigan, Blue Care Network, Meridian Health Plan and Molina Healthcare), or an average of around $215 per eligible enrollee.