A total of ten health insurance companies submitted rate filings for OIR’s review in June with final rate determinations due by August 22, 2019, per federal guidelines. This information can be located in the Individual PPACA Market Monthly Premiums for Plan Year 2020 document available here. Consumers are encouraged to review their coverage options on HealthCare.gov as some may experience changes in the amount of their after-subsidy premiums.

Yes, that's right: They knocked several carriers down a point or two (or significantly in the case of AvMed, Inc., which only sells ACA plans off-exchange) while increasing rates slightly for several others, and ended up with an overall weighted average change of...nothing whatsoever. Statewide, 2020 ACA-compliant policies will cost exactly the same as they do this year, although that still varies widely by carrier and plan. Average premiums will remain at exactly $596/month for unsubsidized enrollees. That's actually a reduction of 1.2% from what the carriers had asked for, or around $86 per year per enrollee.

The Florida Individual Market will also see a new entrant next year: Bright Health, which has expanded into a few other states as well this year.

For the small group market, they also shaved a bit off of some while bumping up others, but overall, the net average approved increase went from +6.4% to +7.4%, or $585/month apiece. 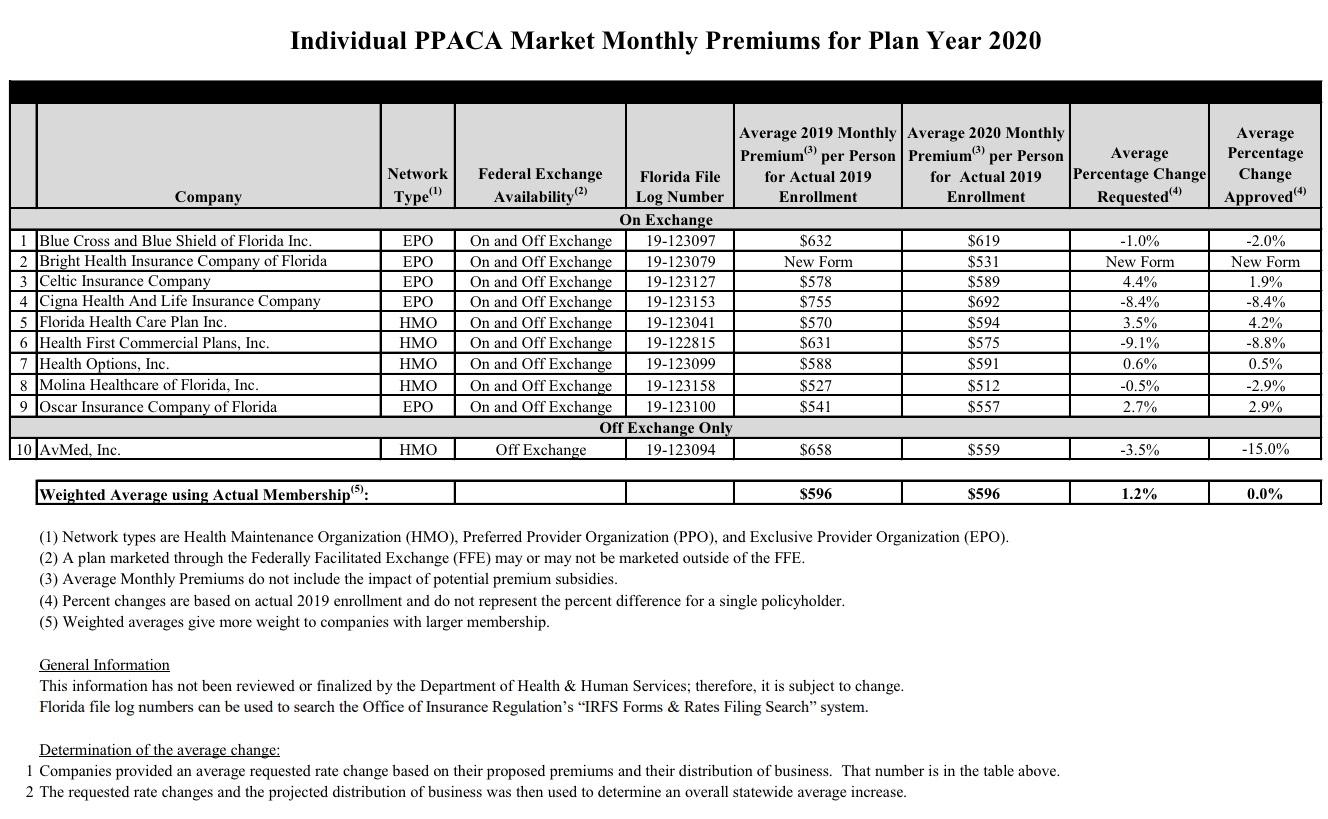 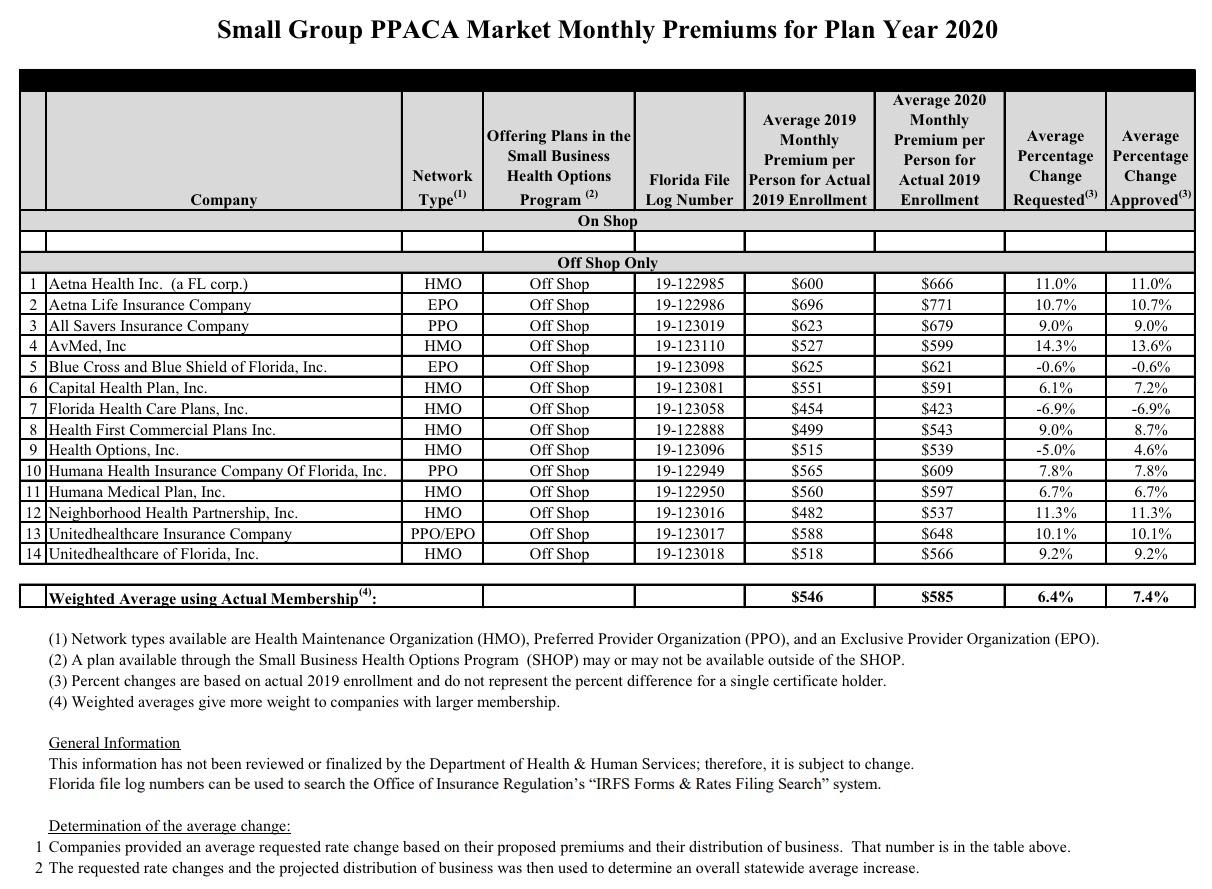