Massachusetts, which is arguably the original birthplace of the ACA depending on your point of view (the general "3-legged stool" structure originated here, but the ACA itself also has a lot of other provisions which are quite different), has ten different carriers participating in the individual market. MA (along with Vermont and the District of Columbia) has merged their Individual and Small Group risk pools for premium setting purposes, so I'm not bothering breaking out the small group market in this case.

Getting a weighted average was a bit tricky. On the one hand, only one or two of the rate filings included actual enrollment data. On the other hand, the Massachusetts Health Connector puts out monthly enrollment reports which do break out the on-exchange numbers by carrier. This allowed me to run a rough breakout of on-exchange MA enrollment. I don't know whether the off-exchange portion has a similar ratio, but I have to assume it does for the moment.

It's also important to note that Massachusetts' ACA exchange has a unique arrangement for the policies they offer,,,around 3/4ths of exchange enrollees sign up for "ConnectorCare" policies (which include additional supplemental subsidies), while the other 1/4th enroll in "standard" subsidized or unsubsidized Qualified Health Plans (QHPs). I had to play around with the percentages for each and then merge them to get the following rough compilation of market share breakout of the combined total enrollment. It's not ideal, but it should be fairly close to the actual weighted average rate hike...which comes in at around 4.5% overall: 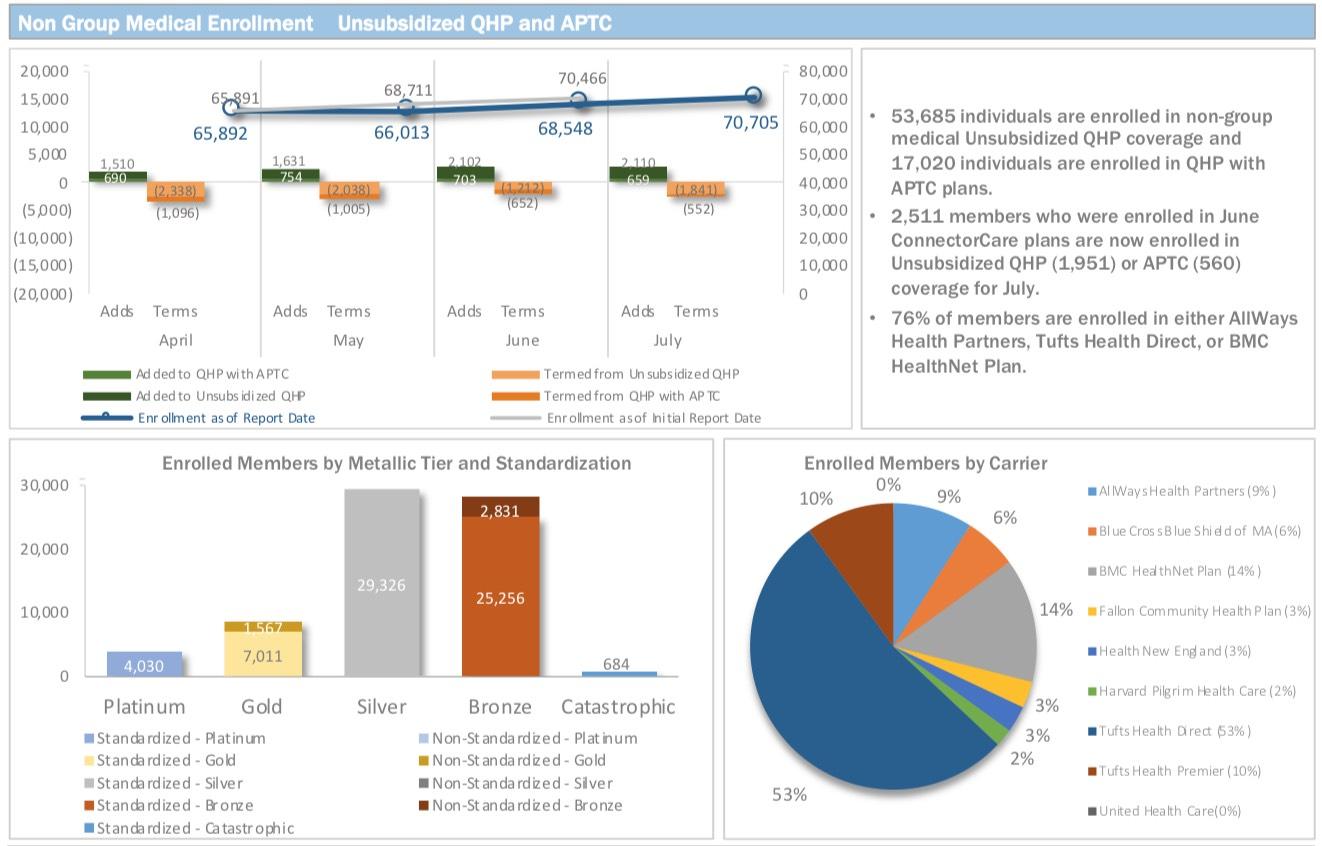 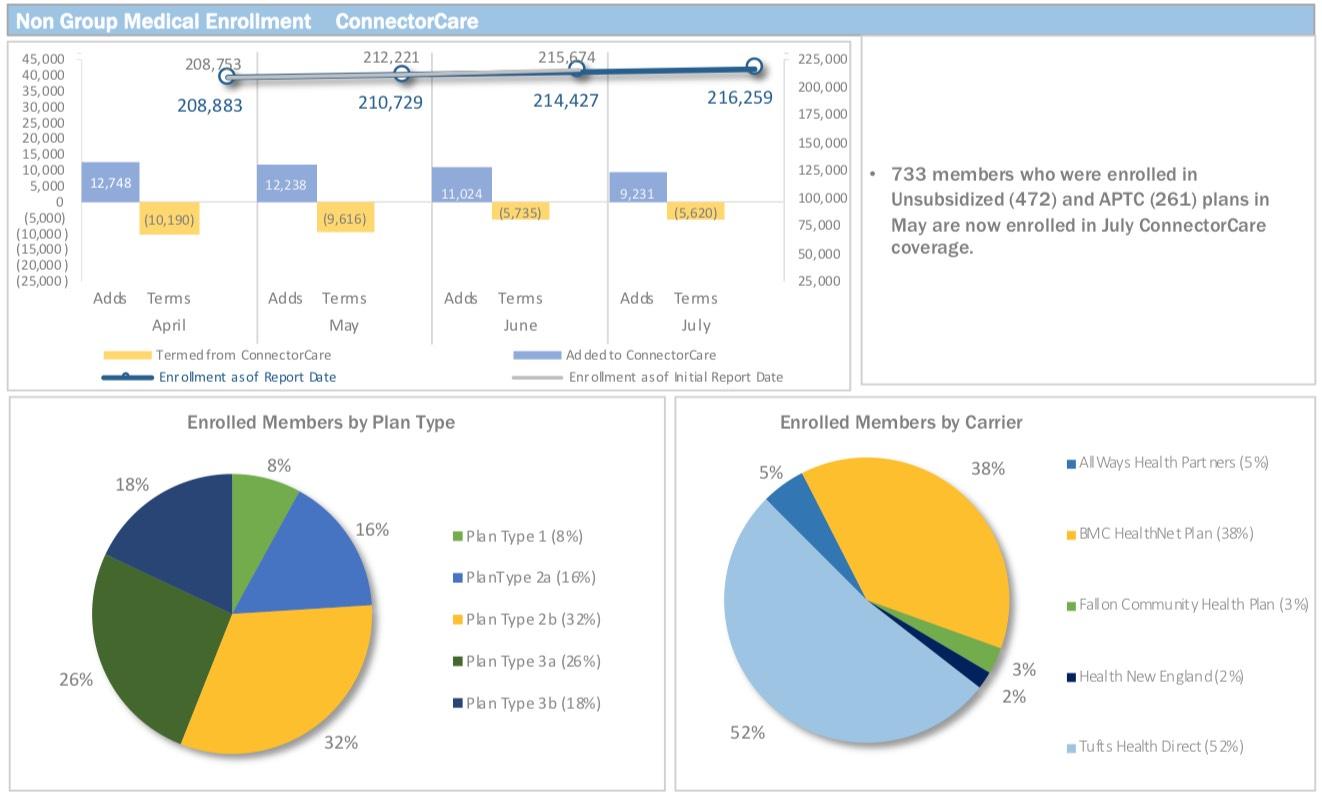