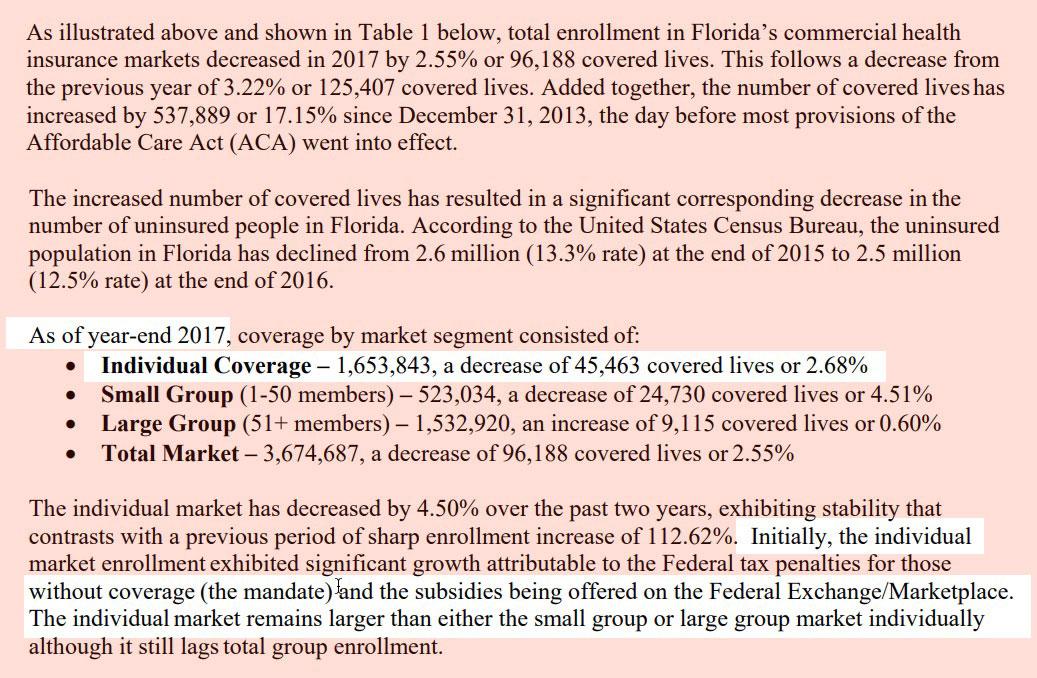 Those numbers are as of December 2017, so I'm sure they've moved around a bit since then, but the bottom line is that Florida's total individual market (including the off-exchange market) is huge...second only to California's.

In any event, the Florida Office of Insurance Regulation has posted a partial summary of the requested 2020 rate changes. Unfortunately, they don't provide the breakout by carrier, nor the actual enrollment data...but they do include the statewide weighted average: A 1.2% rate increase. For the small group market (which, again, is less than 1/3 the size of the Indy market), it's 6.4% on average.

I was able to get the individual carrier hikes for four of the 10 Indy carriers and 10 of the 14 small group carriers from RateReview.HealthCare.Gov, but the other 10 are missing as of this writing for some reason. 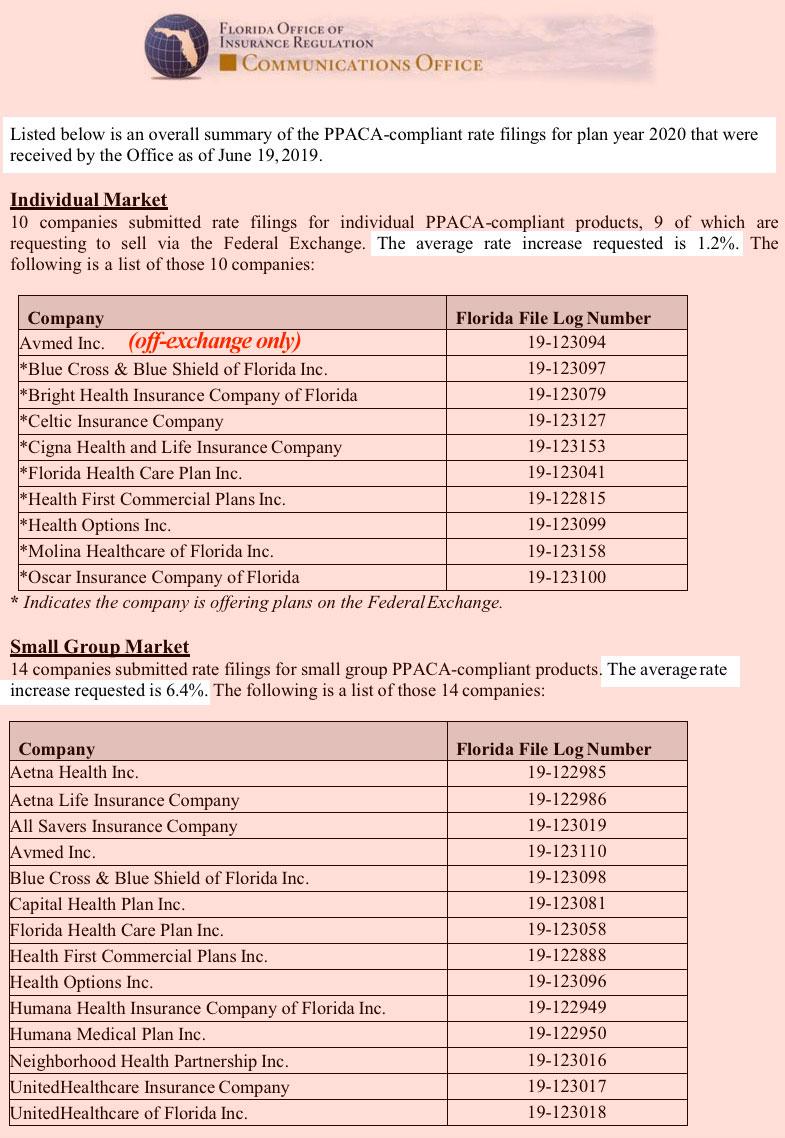 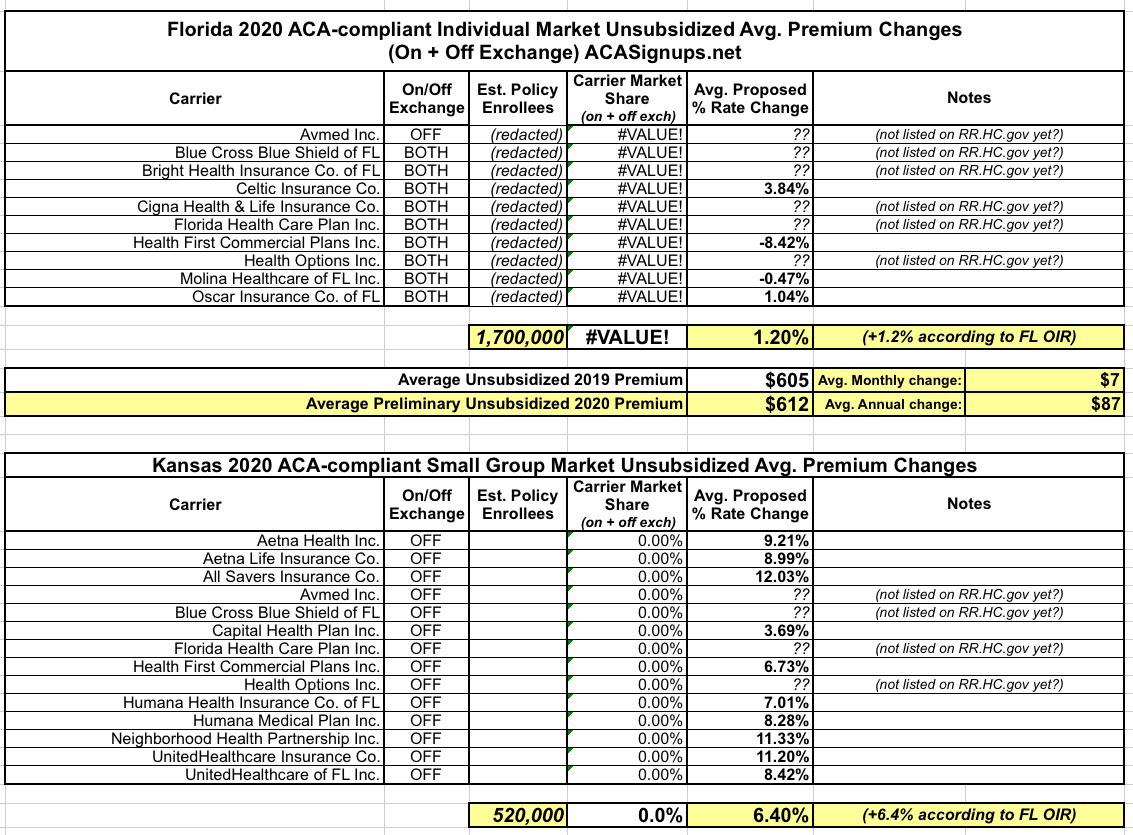