I've gotten a lot of praise over the years for my "Psychedelic Donut®" depiction of the total healthcare coverage landscape nationally.

For comparison, here's a similar state-level pie chart from the Vermont Agency of Human Services. It doesn't start out too bad, breaking out the total statewide coverage along the lines of the Donut. As you'd expect, around half the state's 627,000 residents are covered via private insurance (45% via their employer, 5% via the ACA individual market, 1% via "Association Health Plans"), while the other half is mostly covered via Medicare or Medicaid. Vermont has only a 3% uninsured rate.

After that, though, things get a bit more...complicated: 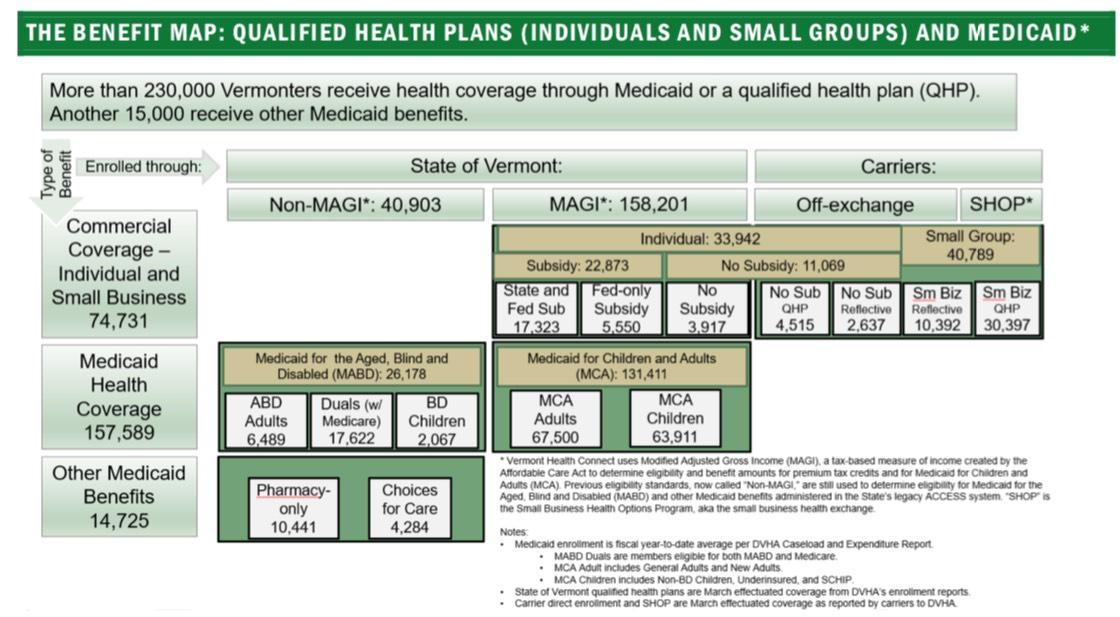 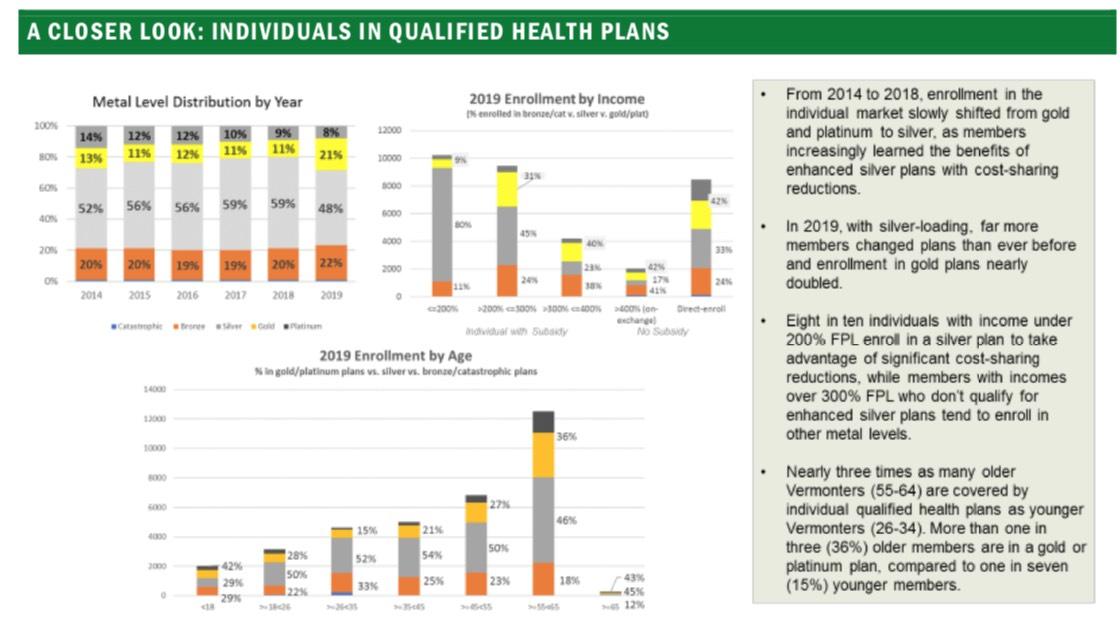 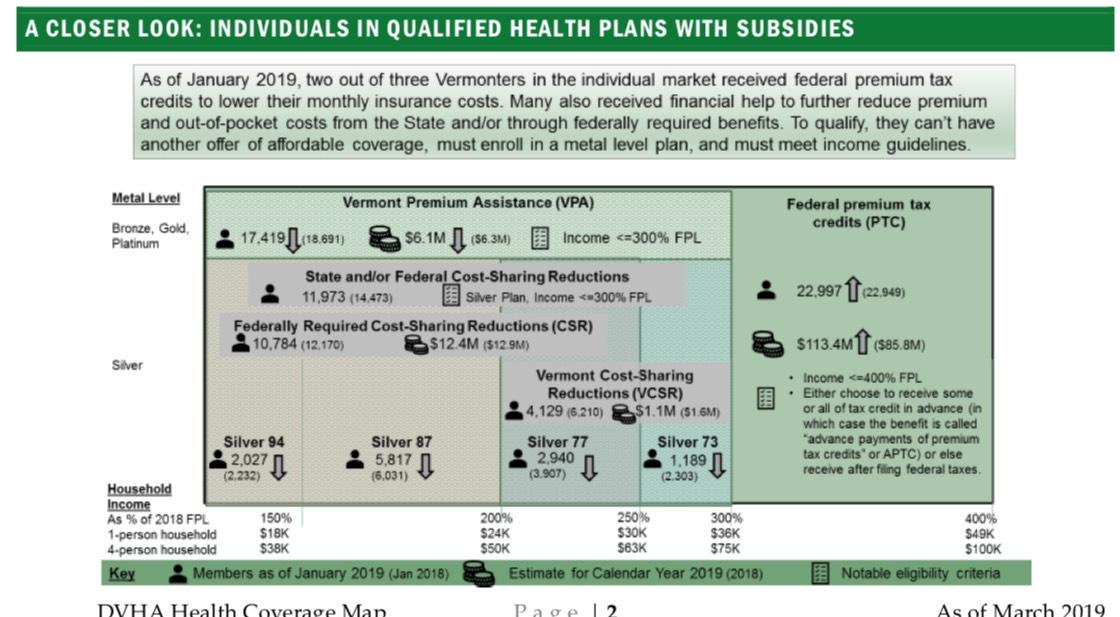