BREAKING: Federal judge rules against Trump re. the "Ass" part of #ShortAssPlans! 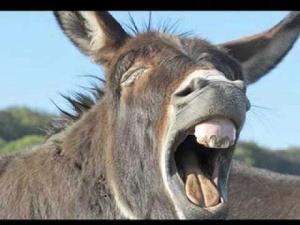 There's been so many Big Important Breaking News stories about healthcare this week I haven't been able to keep up. On top of the ACA 2.0 rollout and Trump's kamikaze #TexasFoldEm maneuver via the Dept. of Justice memo and the release of the 2019 Open Enrollment Period report and a major judicial ruling which torpedoed Medicaid expansion work requirements in Kentucky (again) and Arkansas which also had immediate implications for Idaho and Iowa...and potentially other states as well!!

And then, this evening, THIS just happened:

BREAKING: DC District Court just held that a rule promulgated by the Trump Department of Labor to undermine the #ACA is unlawful. Read more about this important case: https://t.co/vmmZvD4g1b

Here's the background on this case:

On October 17, 2017, President Trump signed an executive order directing his administration to find ways to expand Association Health Plans (AHPs), organizations composed of employers and individuals formed for the purpose of providing health insurance. Fulfilling that order, the Department of Labor promulgated a new Rule that would expand the ability of small employers and individuals to form AHPs. Once formed, the members of these AHPs would be able to avoid providing certain protections that the Affordable Care Act (ACA) required small-employer and individual health plans to provide, like the requirements that they provide essential health benefits and that they not discriminate on certain specified bases.

I've written a lot about the "short" part of #ShortAssPlans...namely, why the so-called "Short-Term, Limited Duration" individual market policies which Trump has been trying to flood the market with generally stink (with some rare exceptions). I've written far less about the "Ass" part: Association Health Plans.

The idea to expand AHPs widely was, I believe, Kentucky GOP Senator Rand Paul's idea originally. AHPs as they stand today aren't necessarily terrible for certain organizations, but that's mainly because they're regulated as small group policies, which are far more tightly regulated under the ACA than large group policies are. I believe the main thing Trump's AHP rule does is change AHPs so that they're considered large group policies instead, which means they're not subject to many ACA requirements.

The problem with this is that actual large corporations generally have other regulations and/or incentives to make sure their policies are pretty comprehensive. A healthy employee is a more productive employee, for one thing...and there's a big tax exemption enticement for employees to take a job with a company that has a generous health plan. None of that applies to "Associations" slapped together for the sole purpose of these types of healthcare policies. As a result, the AHP market is already riddled with fraud and scams:

There is a long history of shady and inept operators of association health plans and related multiple employer welfare arrangements, with dozens of civil and criminal enforcement actions at the state and federal levels. The U.S. Government Accountability Office identified 144 "unauthorized or bogus" plans from 2000 to 2002, covering at least 15,000 employers and more than 200,000 policyholders, leaving $252 million in unpaid medical claims. Some were run as pyramid schemes, while others charged too little for premiums and became insolvent.

Citing ERISA, abusive AHP operators often have taken advantage of unclear lines of regulatory authority between the states and the federal government. Patients have had to file for bankruptcy to escape providers' claims for large unpaid bills.

Such cases have declined since the ACA made health insurance more affordable and accessible for employers and individuals without access to large-group coverage, said Marc Machiz, a retired Labor Department attorney who formerly headed ERISA and AHP enforcement in the Philadelphia area.

Now he and other experts worry there will be a fresh wave of fraud when the new rule takes effect in 2018 for new fully insured AHPs and in 2019 for new self-insured plans. They warn that small employers and self-employed individuals desperate to find cheaper premiums as ACA marketplace rates rise will be particularly vulnerable to plan operators promising rates that are too good to be true. In addition, the new rule will allow groups to form that lack the close professional bonds of true industry associations.

"The relaxed federal standards for forming AHPs risk opening the doors wider to a surge of scam operators who will seek to exploit the looser environment," said Jim Quiggle, spokesman for the Coalition Against Insurance Fraud, which includes the Blue Cross and Blue Shield Association, the National Association of Insurance Commissioners and Families USA.

Well, there was a lawsuit filed to stop Trump's rule (of course), and moments ago, the ruling came down:

Powerful words from DC District Court Judge John Bates in holding a Trump DOL rule unlawful: "The Final Rule was intended and designed to end run the requirements of the ACA, but it does so only by ignoring the language and purpose of both ERISA and the ACA."

"Upon consideration of the parties' positions, as argued orally and in their briefs, as well as the administrative record, the relevant statutes, legal precedent, and the entire record herein, the Court concludes that the bona fide association and working owner provisions of the Final Rule, codified at 29 C.F.R. 2510.3-5(b), (c) and (e), are unreasonable interpretations of ERISA. The Final Rule was intended and designed to end run the requirements of the ACA, but it does so only by ignoring the language and purpose of both ERISA and the ACA.

DOL unreasonably expands the definition of "employers" to included groups without any real commonality of interest and to bring working owners without employees within ERISA's scope despite Congress's clear intent that ERISA cover benefits arising out of employment relationships. Accordingly, these provisions are unlawful and must be set aside, pursuant to this Court's authority under the APA, 5 U.S.C. 706. The Final Rule's bona fide association and working owner provisions are therefore vacated."