On the flip side, they also note that Maine's implementation of a (fairly weak) reinsurance program via their 1332 Waiver is reducing premiums by around 5%. Combined with other factors, Maine CHO is asking for a 7.7% increase; averaged out with the other two carriers this comes in at 4.71% marketwide.

The small group market carriers, meanwhile, are requesting an average 9.7% increase, although I don't know what the average dollar amount for small group policy premiums are this year. 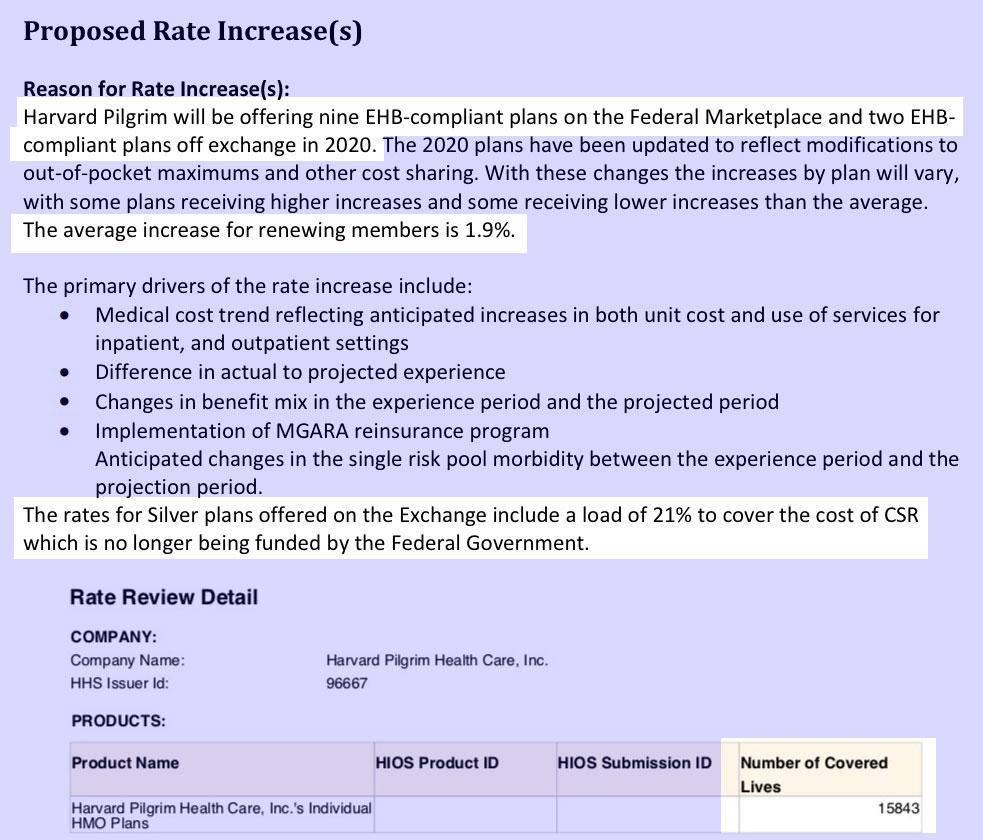 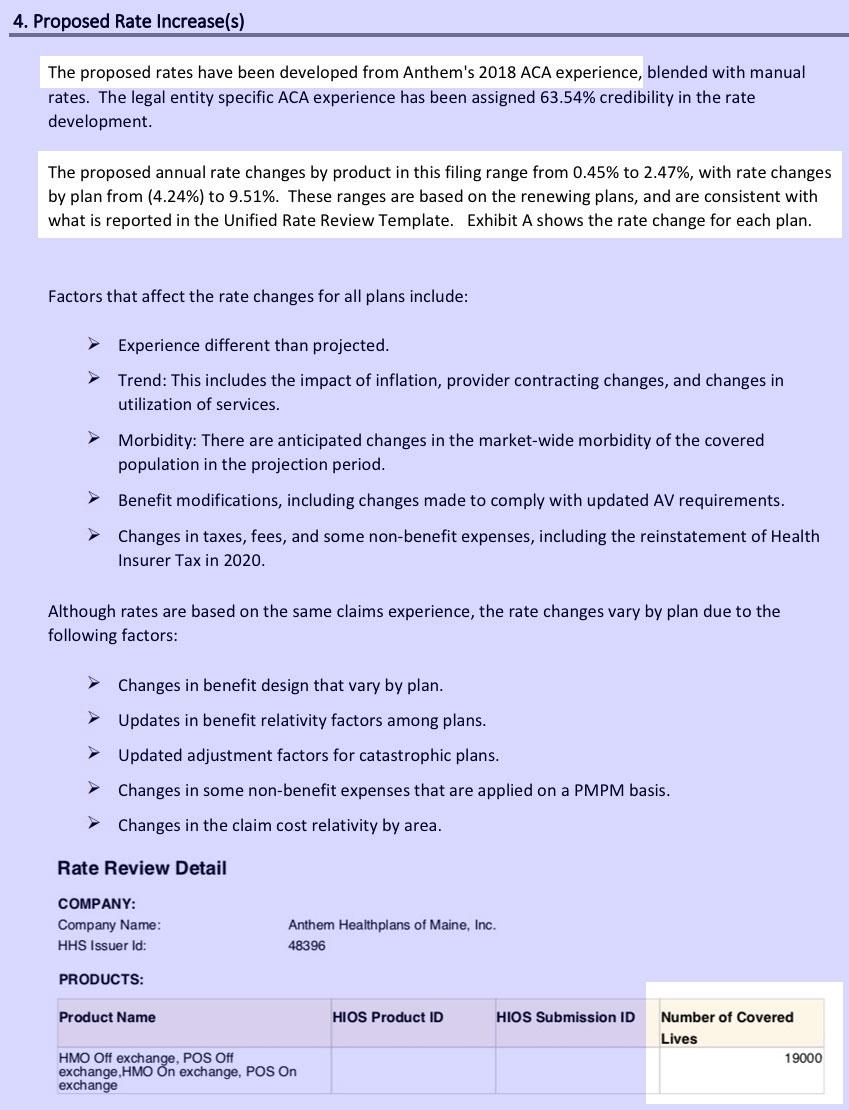 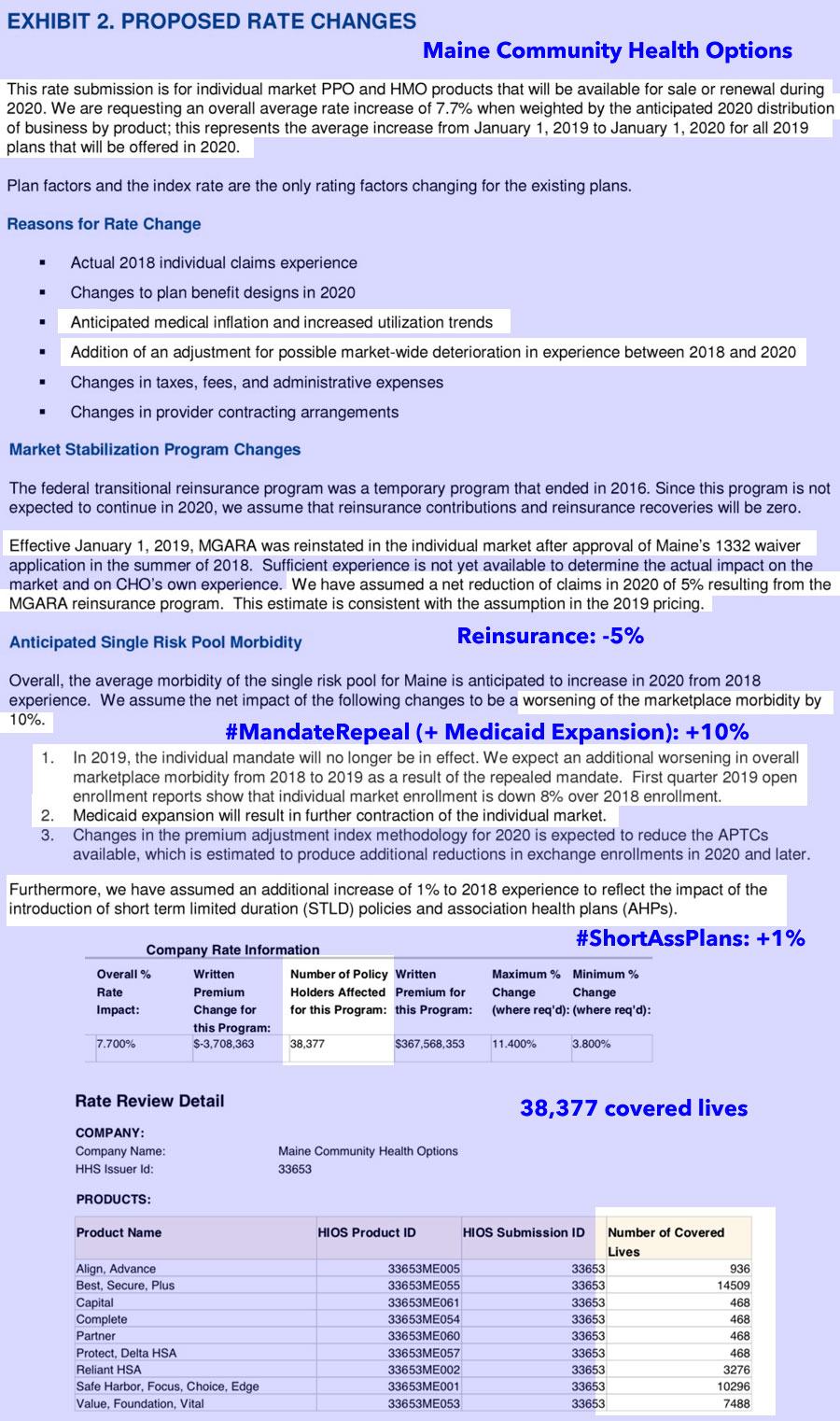 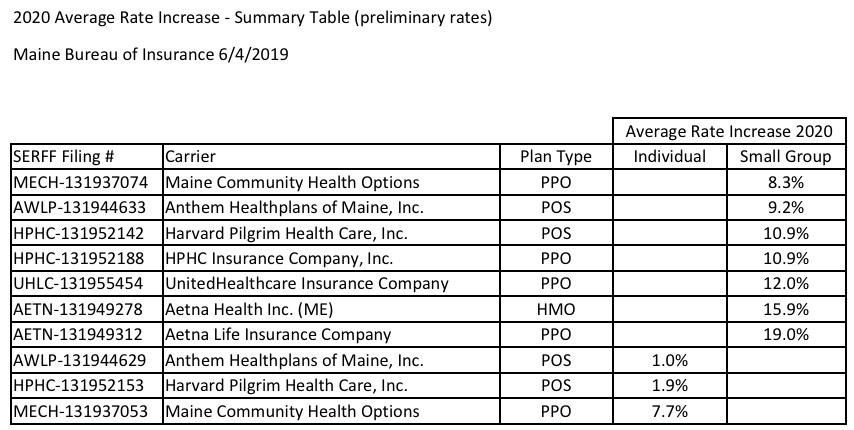