Along with Massachusetts and Vermont, the District of Columbia merges their Individual and Small Group markets for purposes of risk pools and risk adjustment. This does not, however, necessarily mean that their Indy and Sm. Group average premium changes are identical. For one thing, there are more carriers which offer small group plans than individual market plans; for another, the market share ratios between the two differ.

A week ago, the DC Dept. of Insurance, Securities and Banking (DISB) issued preliminary 2020 rate filings along with this press release:

Today at 5:30 pm, the Department will conduct a public hearing at One Judiciary Square, Old Council Chambers, 441 4th St. NW. The purpose of the hearing is to review the 2020 individual and small group health insurance rates proposed by carriers offering health benefit plans sold on DC Health Link. During the hearing, DISB Commissioner Stephen C. Taylor will provide the insurers the opportunity to present their proposed rates, as well as allow the public to provide comment. To be added to the witness list, visit disb.dc.gov. Written statements can be sent to the Department prior to the closing of the hearing record by 5 pm on Monday, June 24, 2019.

“The Bowser Administration remains committed to undertaking a thorough analysis of the filed rates to determine whether they meet the District’s standard of not being excessive, inadequate, or unfairly discriminatory” said Commissioner Stephen C. Taylor. “The rate review process will culminate at a public hearing in August where the Department will hear from our actuaries and the public prior to approving the 2020 rates.”

The four insurance companies filed proposed rates for individuals, families and small businesses for the 2020 plan year. Overall, 181 plans were filed, compared to 180 last year. The number of small group plans increased from 155 to 156, and the number of individual plans remained at 25.

Oddly, when I plug in the hard numbers directly off of the actual filings, while the requested rate change percentages are the same as above, the weighted averages are somewhat different in both categories:

I have no idea what accounts for this discrepancy...the "total enrollees impacted" figures are clearly stated below. I've listed the official changes as well in the name of clarity. 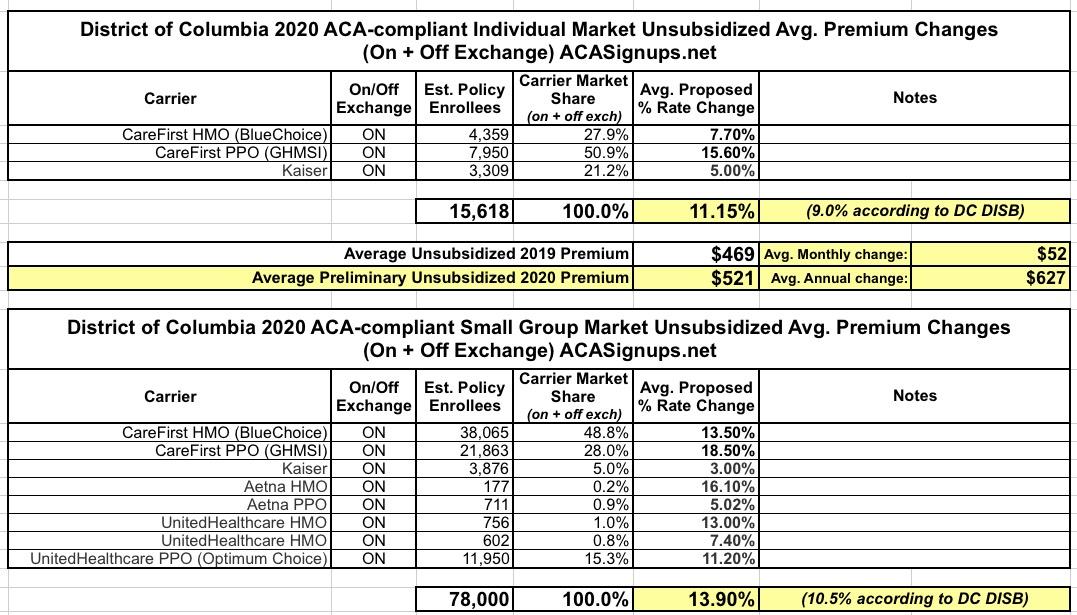 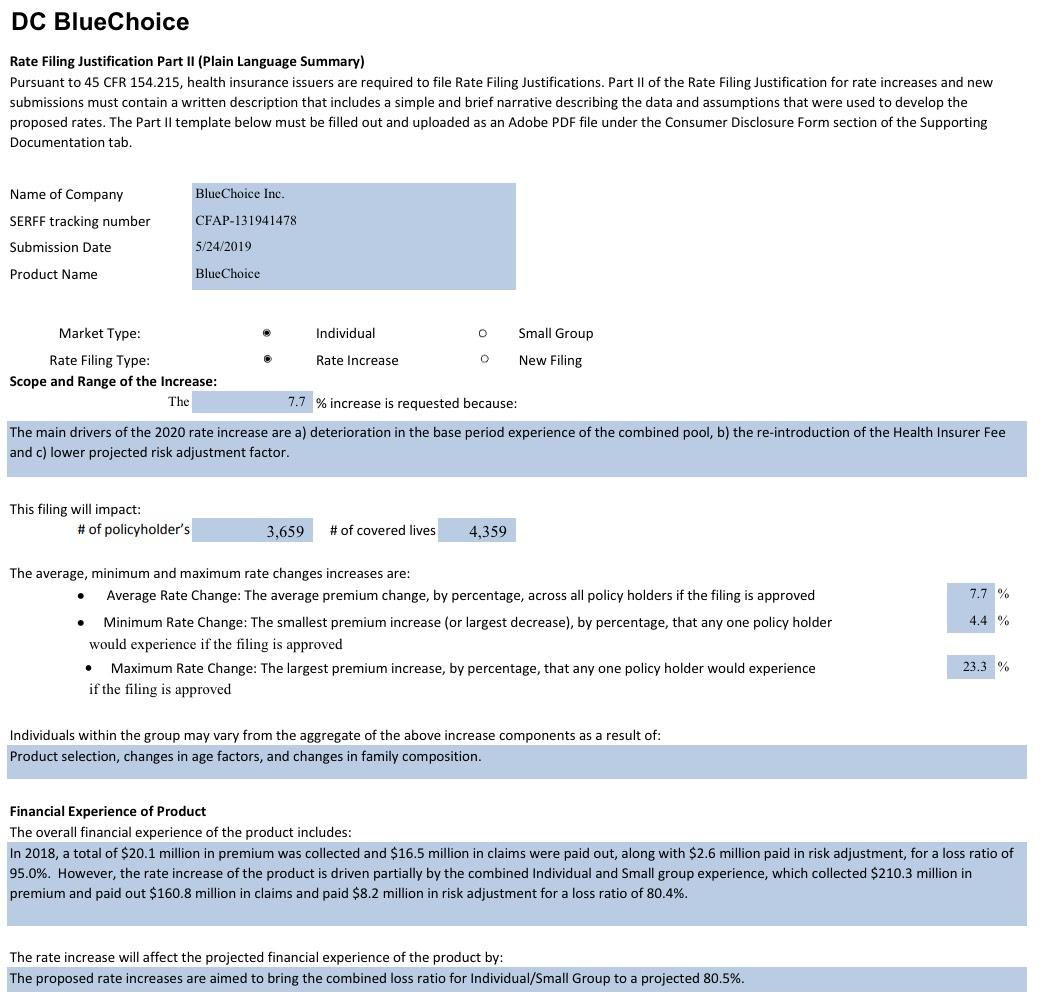 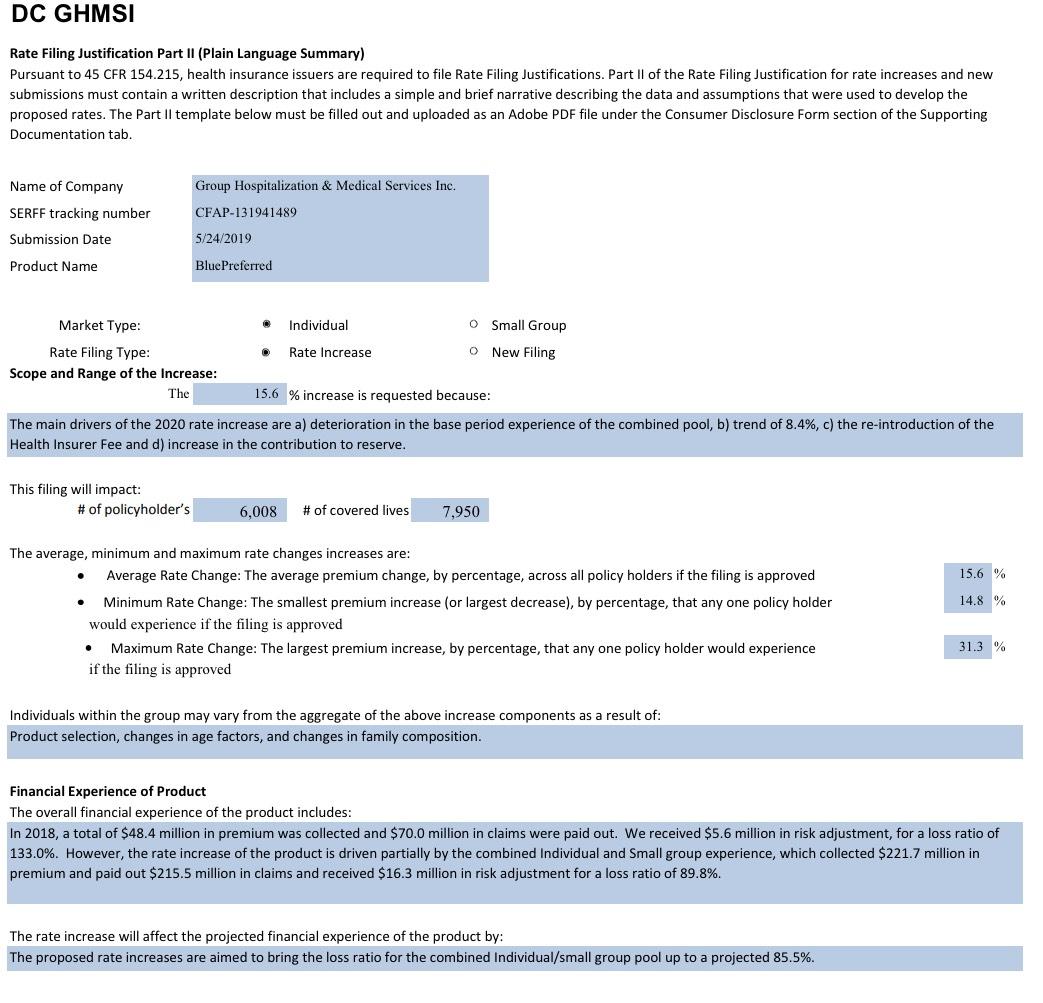 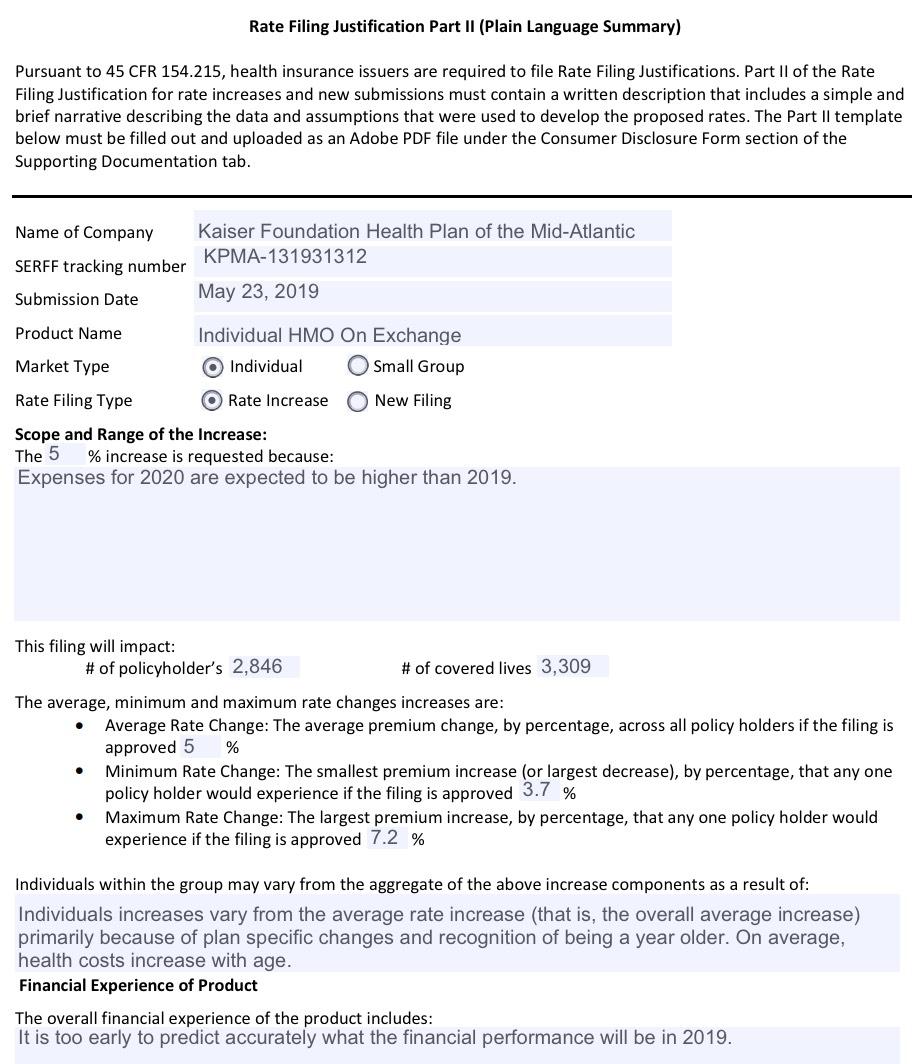 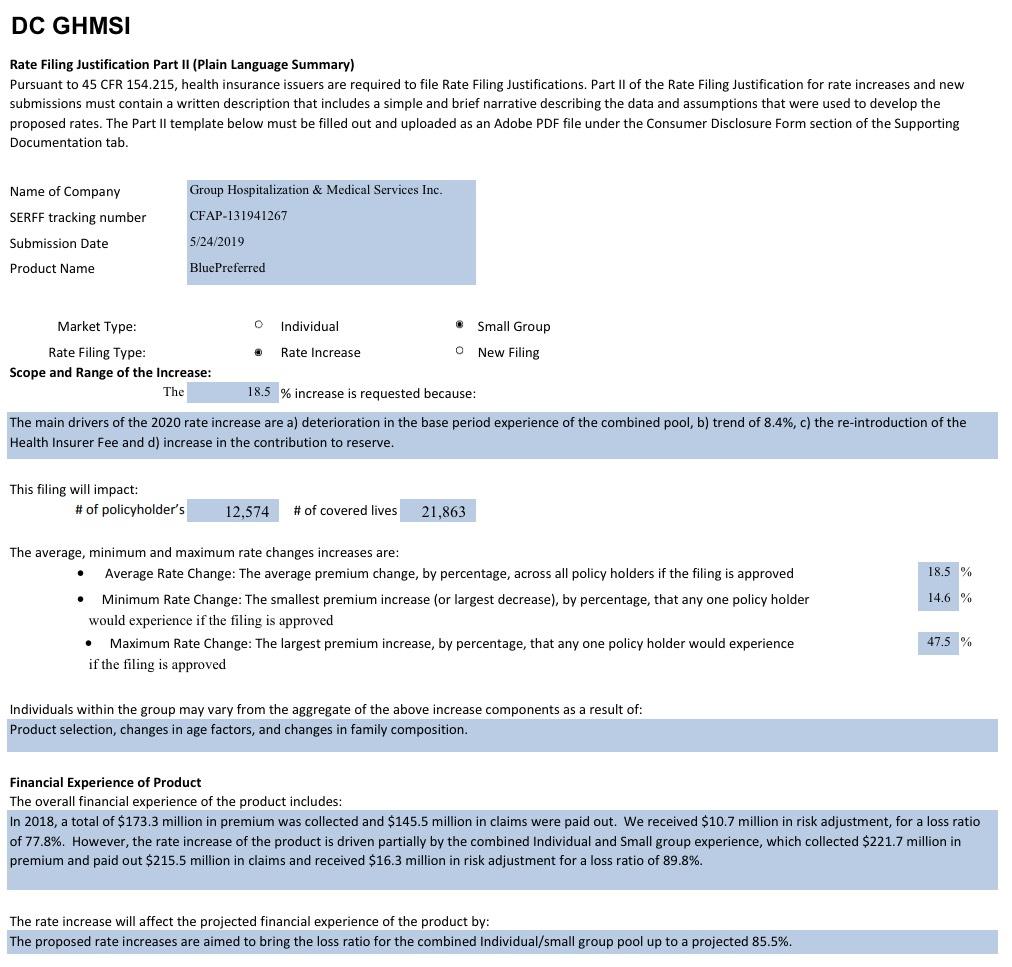 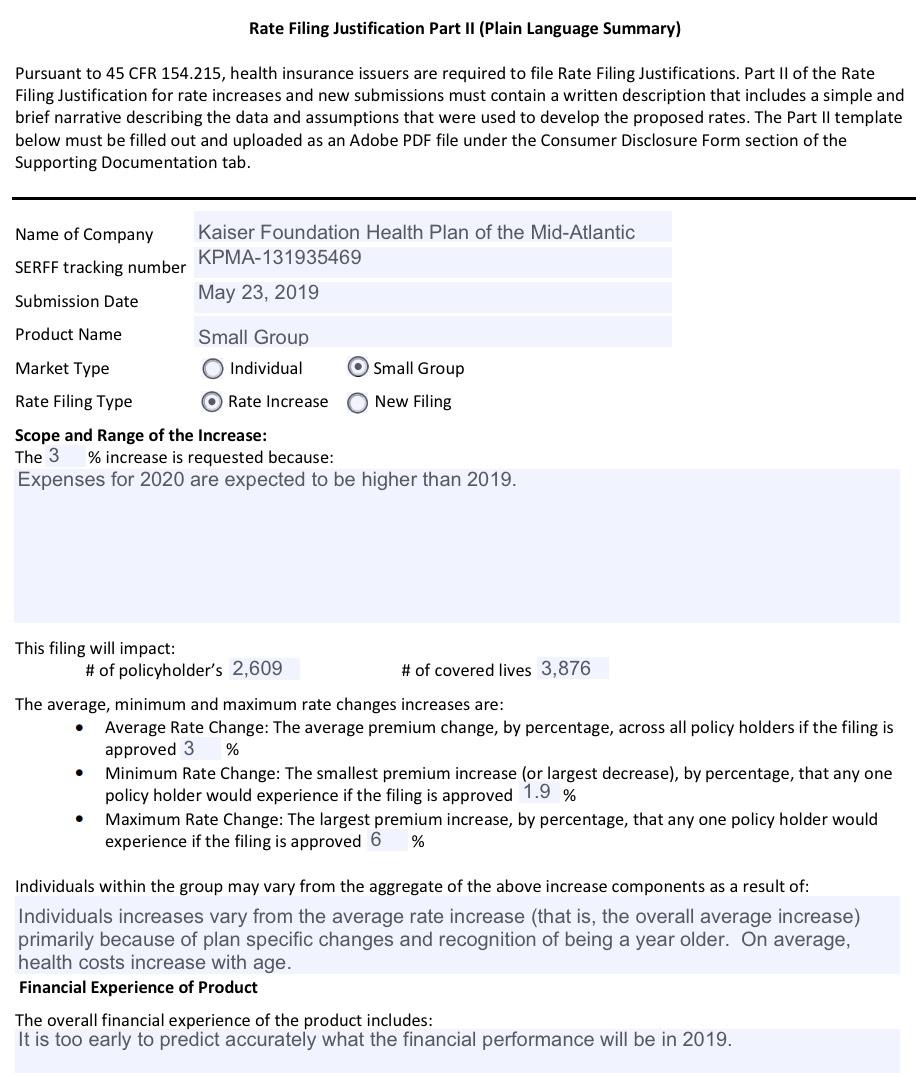 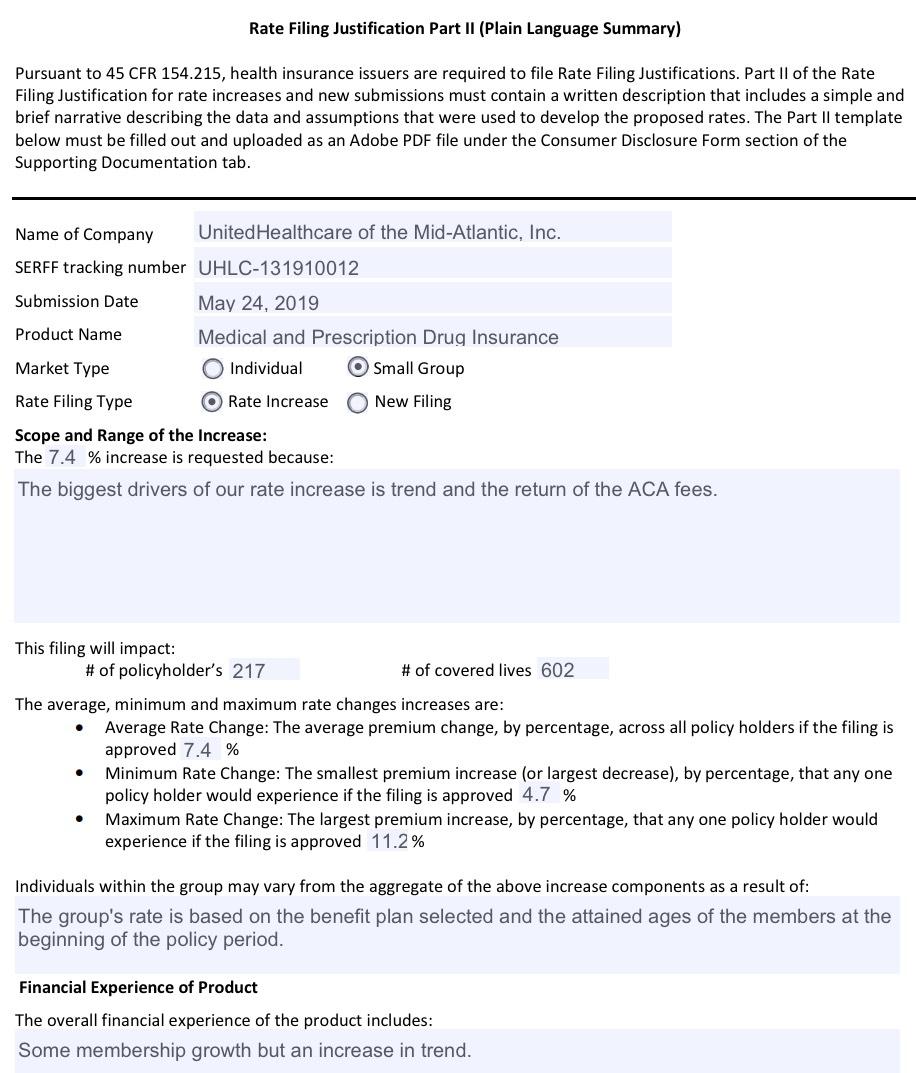 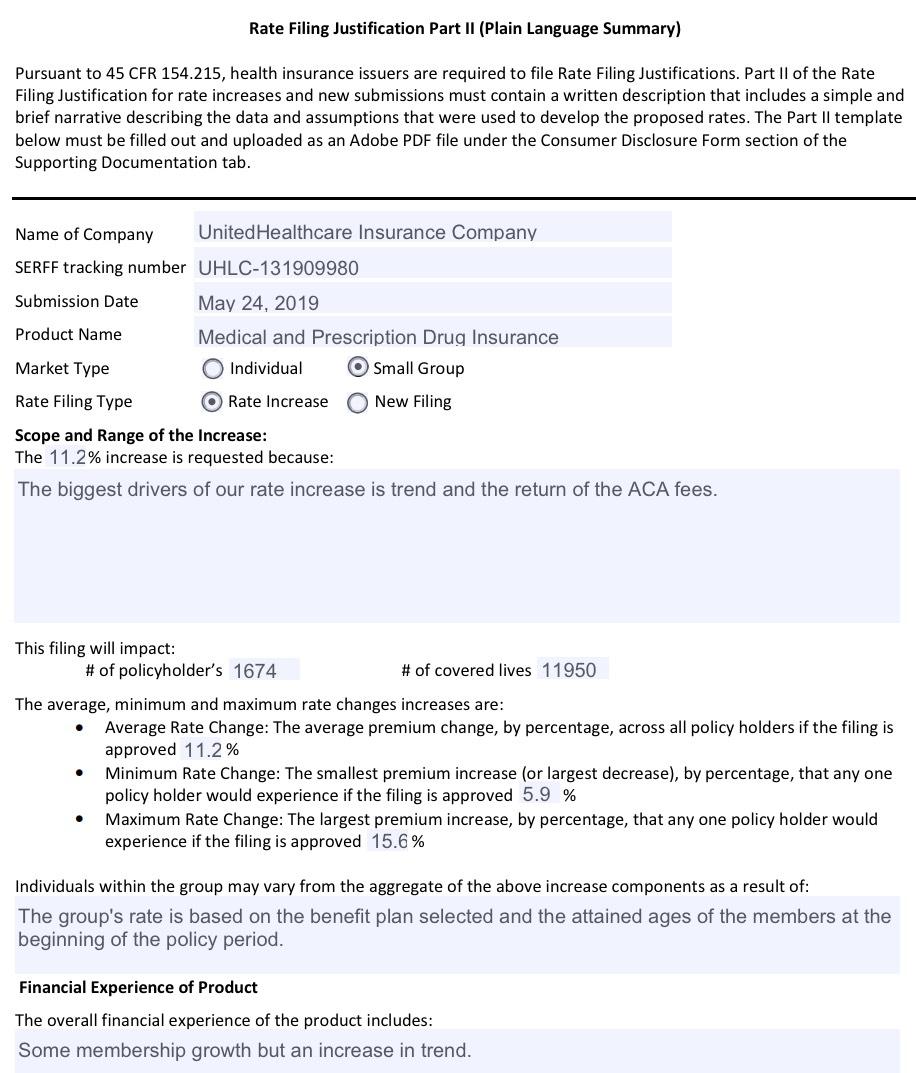 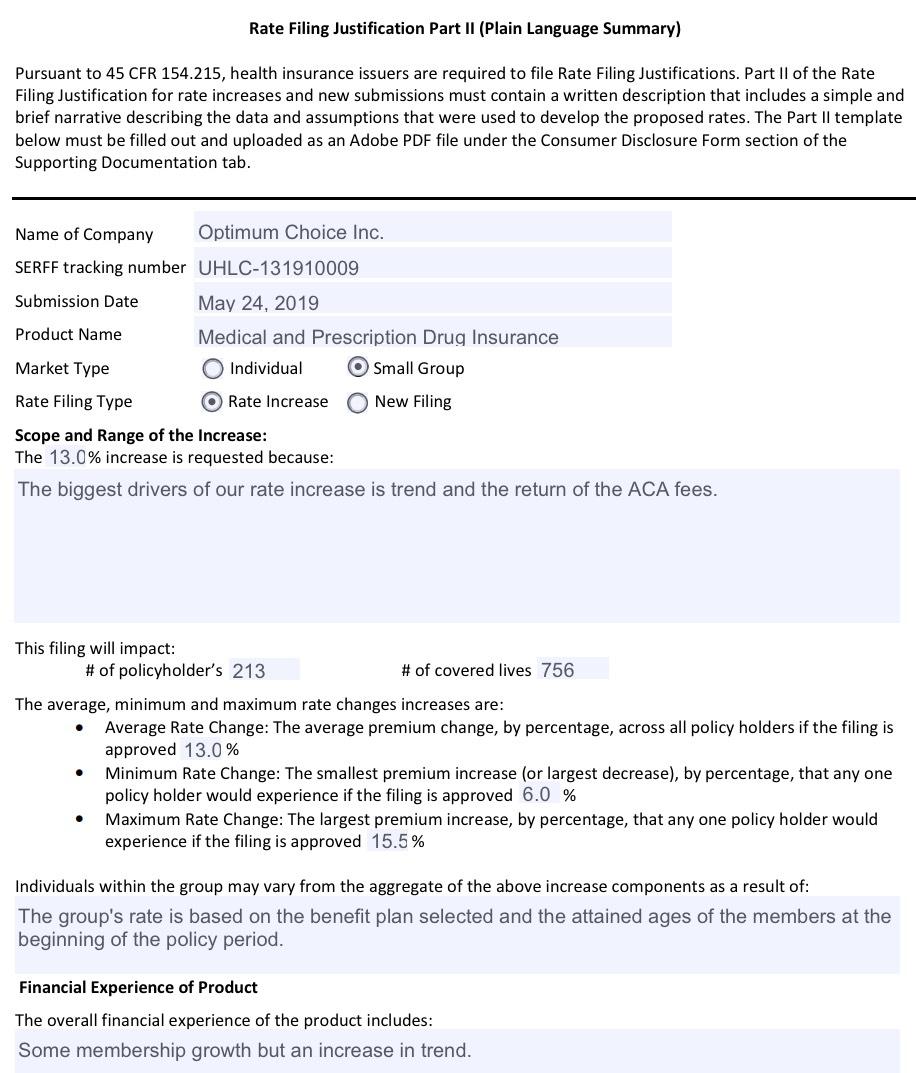 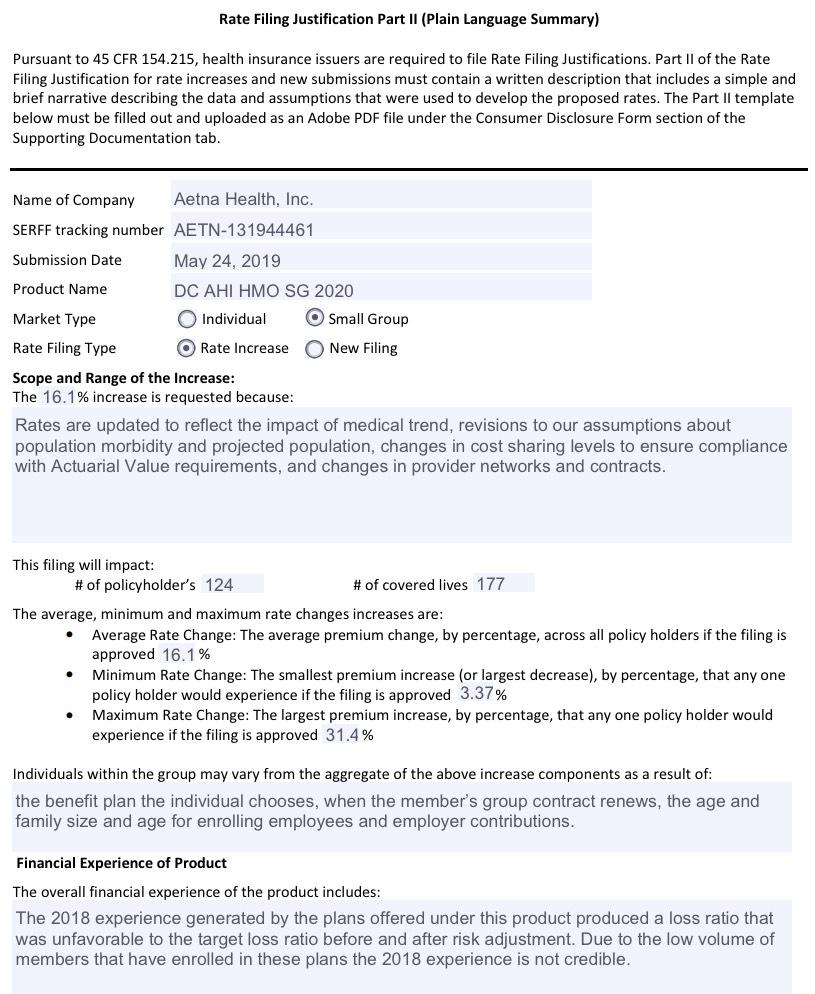 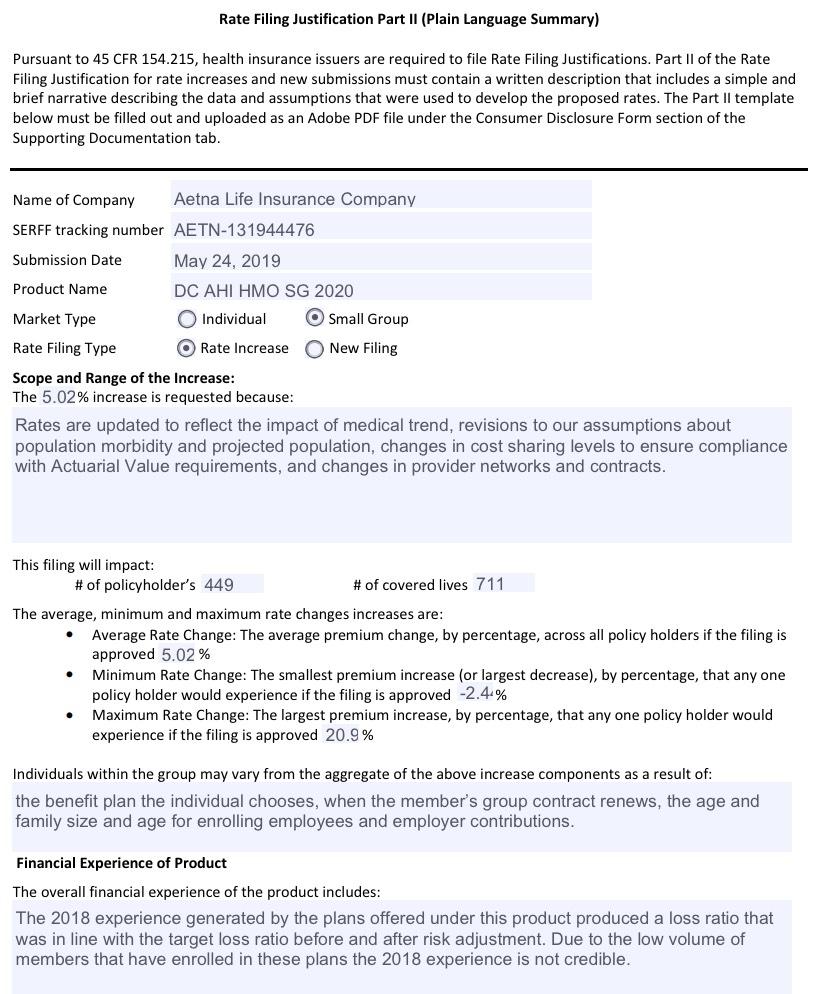 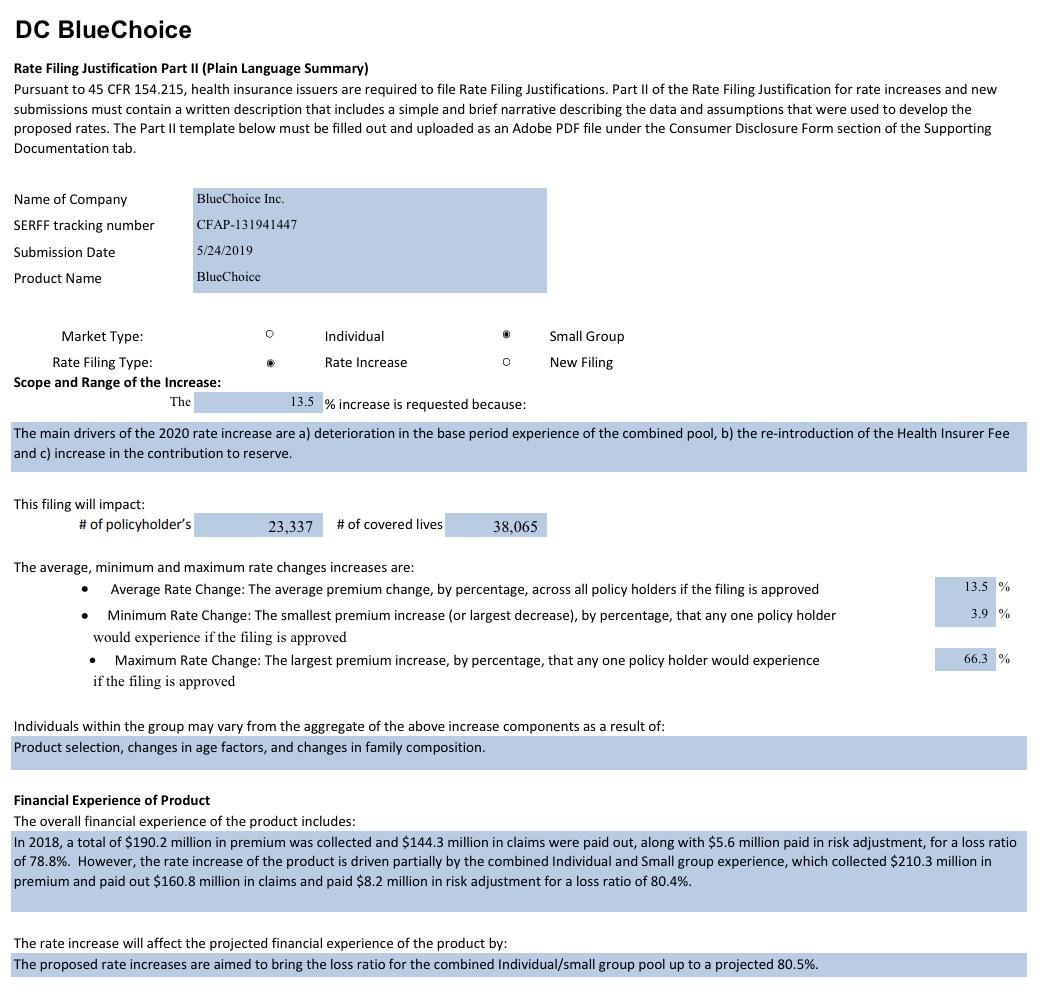