This Just In via the Washington State Insurance Commissioner's office...

All 39 counties will have at least one insurer selling inside the Exchange, Washington Healthplanfinder.

“Despite the Trump administration’s effort over the last two years to sabotage the Affordable Care Act, this year’s filings are evidence that our full adoption of the law and the steps we’ve taken to defend and preserve it are stabilizing our market,” said Insurance Commissioner Mike Kreidler. “We have more work to do to lower the cost of health care and to help lower out-of-pocket costs, but these proposed rates are welcome news.”

Approximately 248,000 people who don’t get coverage from their employer must buy their own health insurance through the individual market, with most shopping on the Exchange. In Washington, 65% of people who buy plans on the Exchange qualify for subsidies that help lower their monthly premiums. 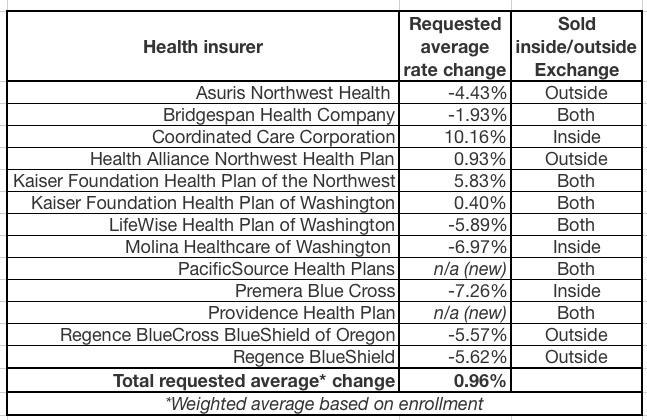 When I plug the hard numbers in from all of the insurers based on the rate filing summaries, I get a slightly higher weighted average of 1.43% instead of 0.96%, but that's pretty nominal and could be accounted for by several factors. Also, the grand total enrollment comes in at just 214,000 instead of the 248,000 noted in the press release; I'm not sure where the other 34,000 enrollees are...perhaps they're the last remnants of grandfathered plan enrollees? I did see one 2020 filing listing 6,300 enrollees in grandfathered LifeWise policies; it's possible that the other 28,000 or so are in grandfathered policies which aren't being renewed.

In any event, the nominal ~1% average rate increase (it ranges from a 7.3% reduction to a 10.2% increase by carrier) means unsubsidized Washingtonians will only be paying around $8/month more on average next year. 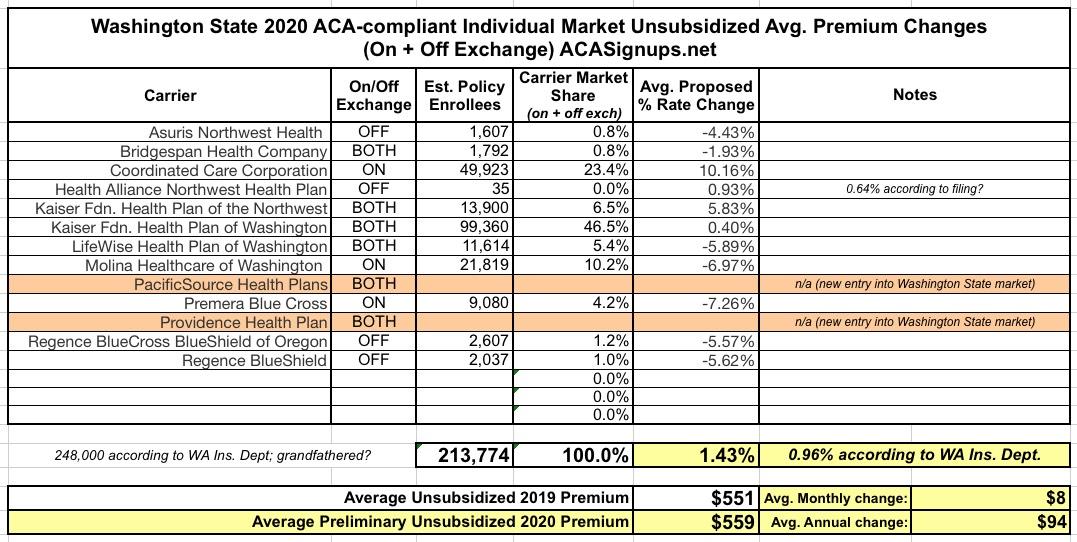 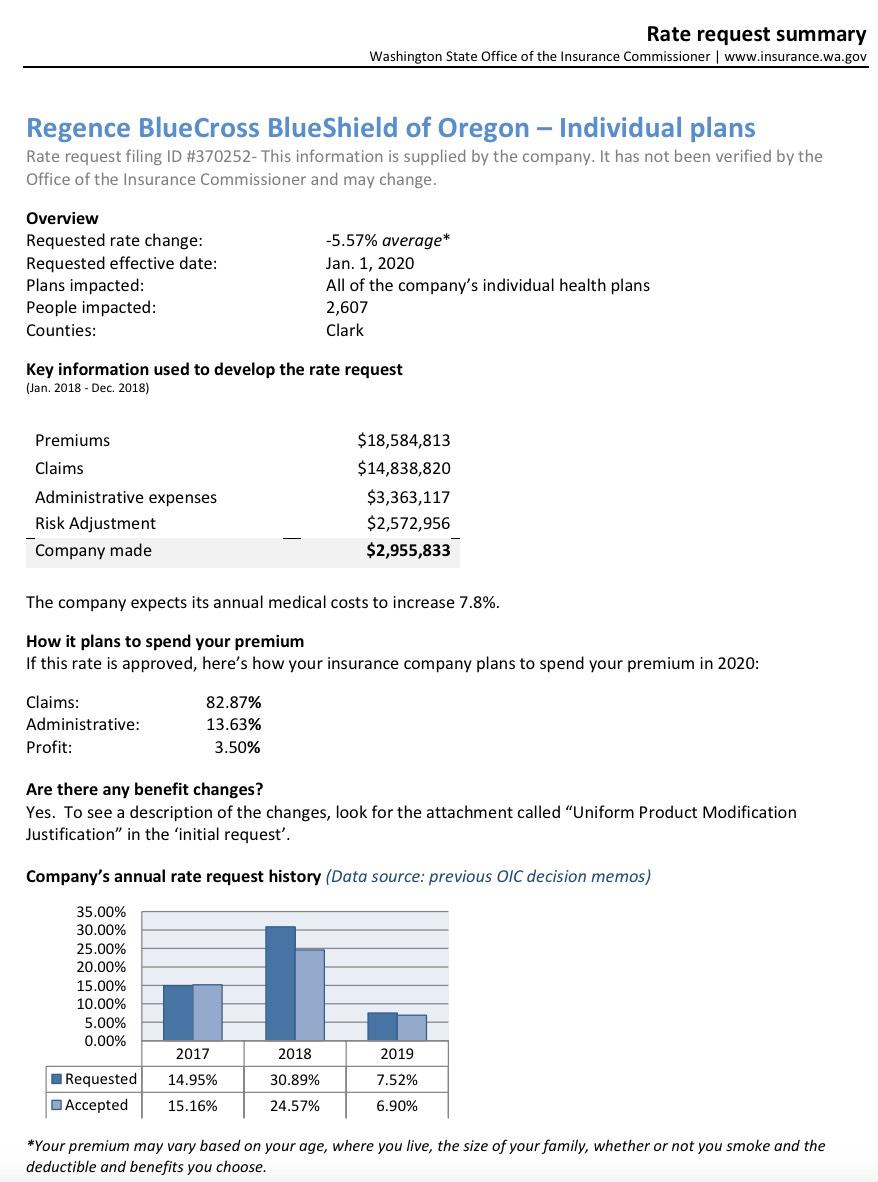 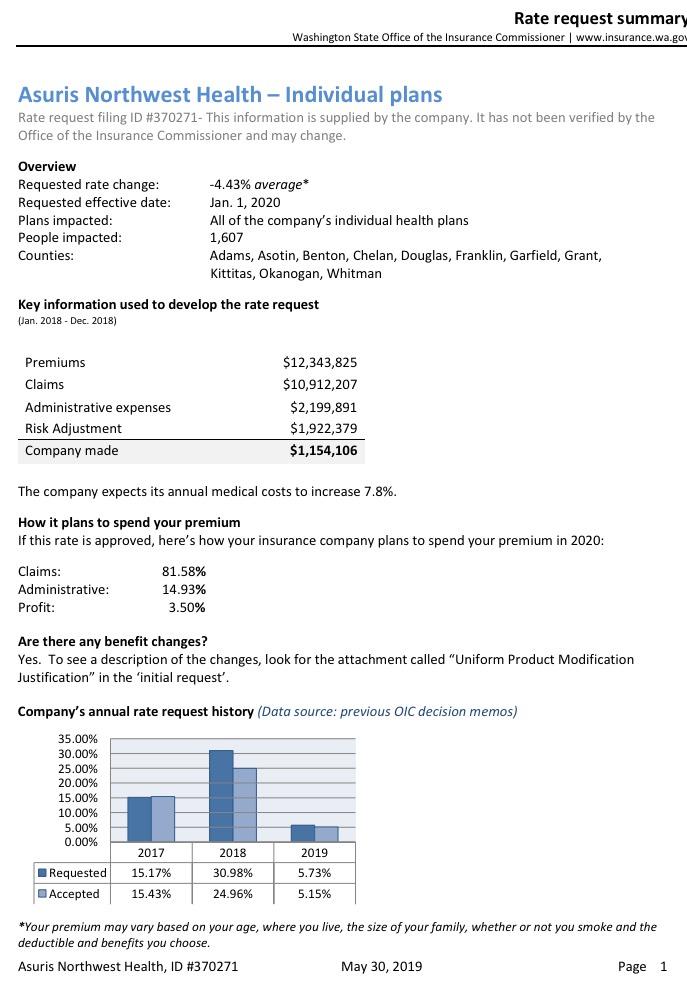 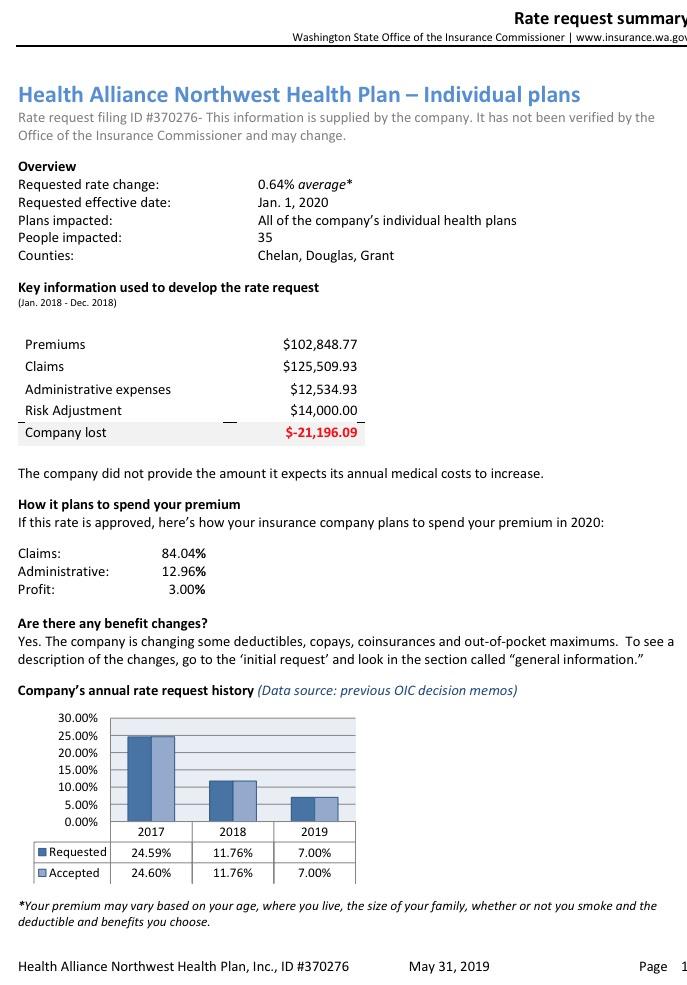 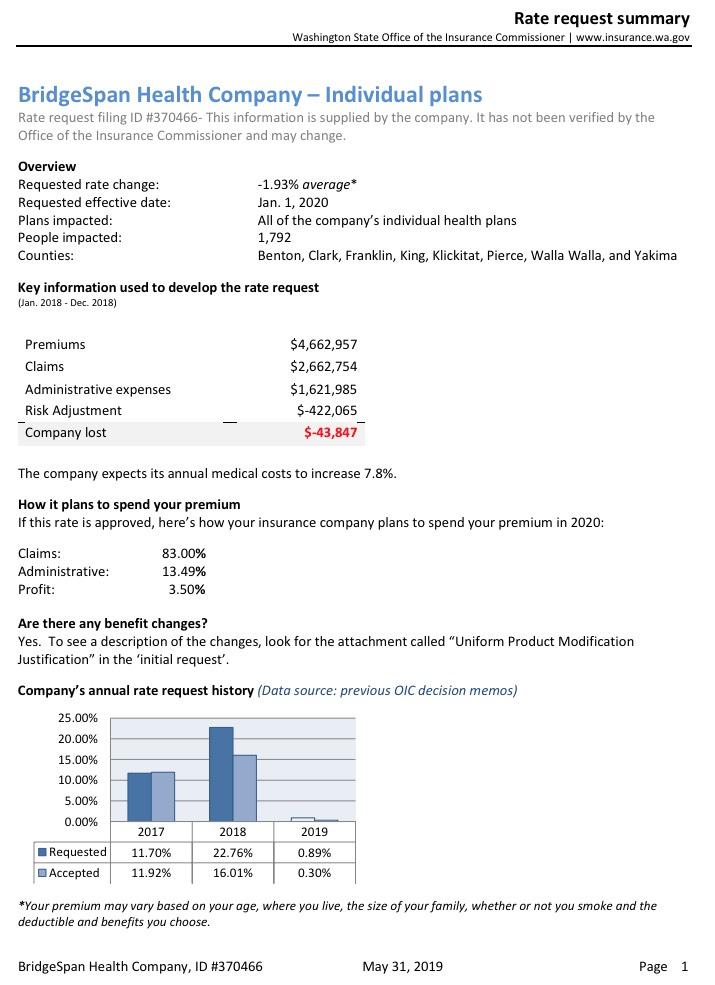 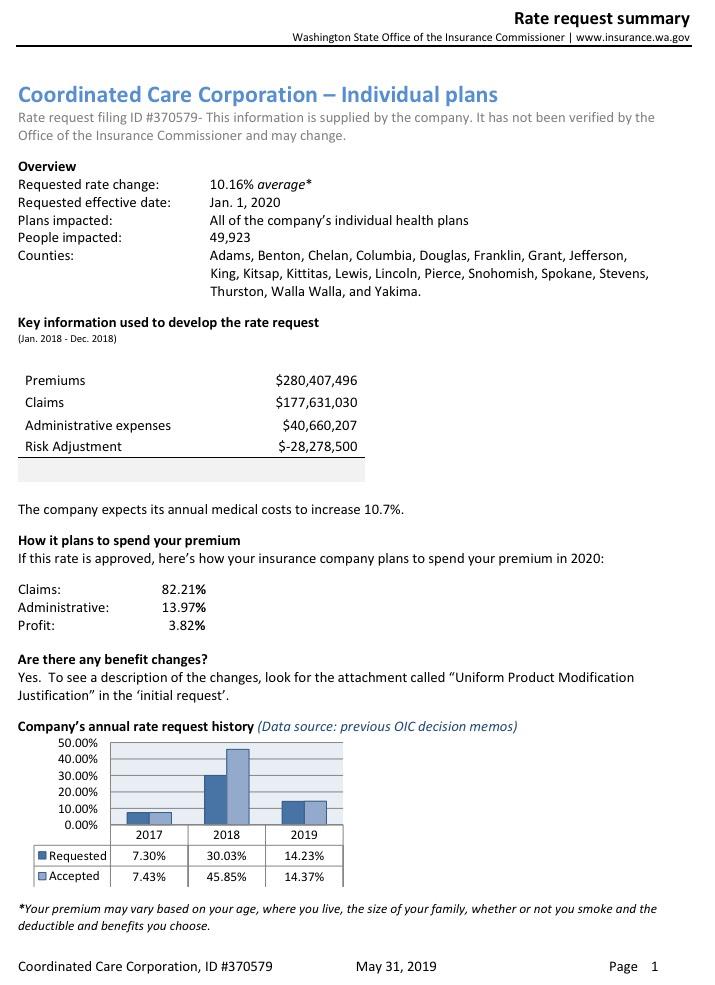 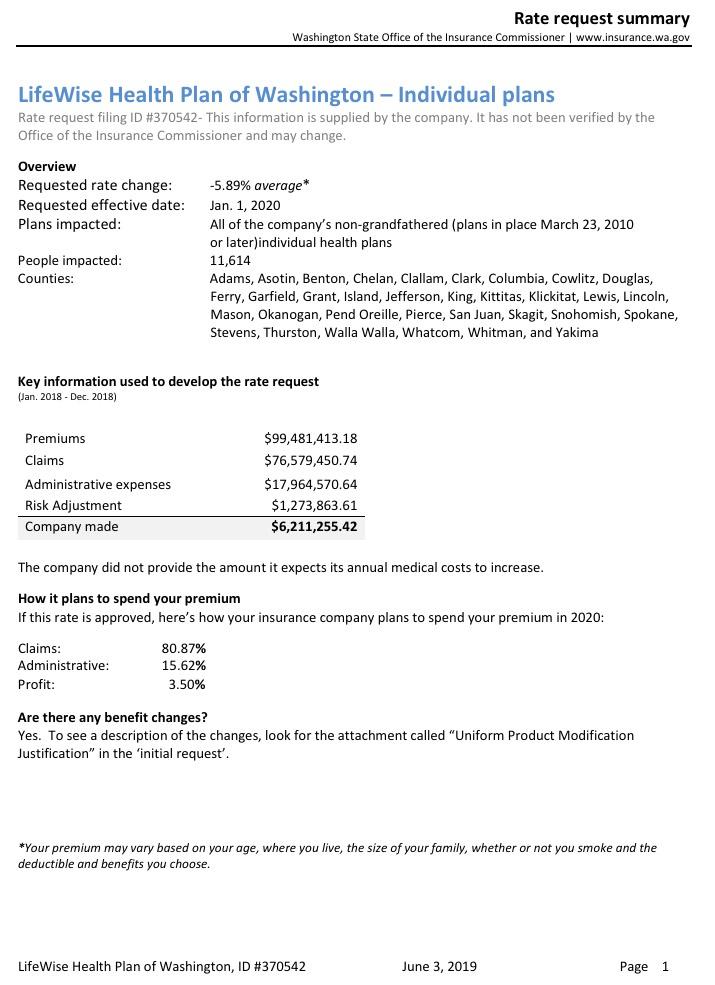 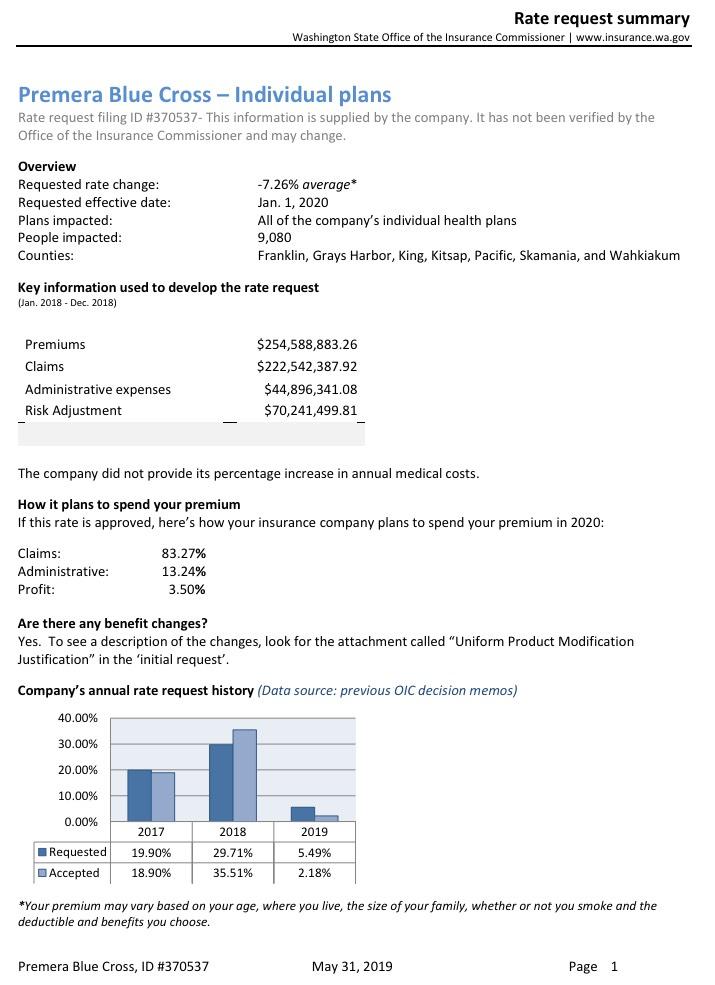 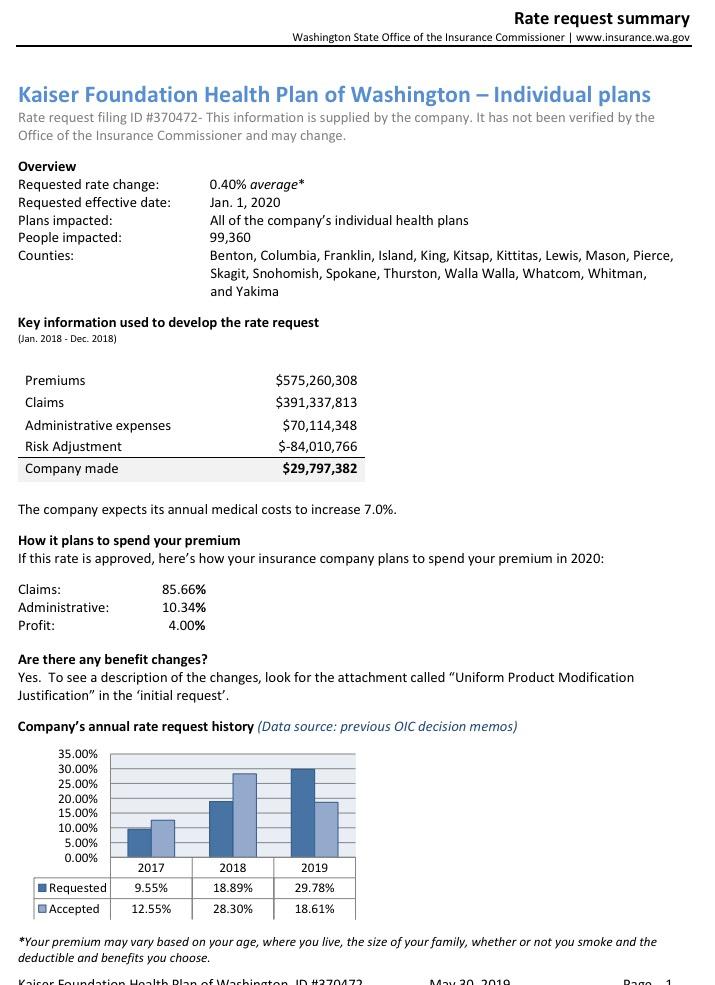 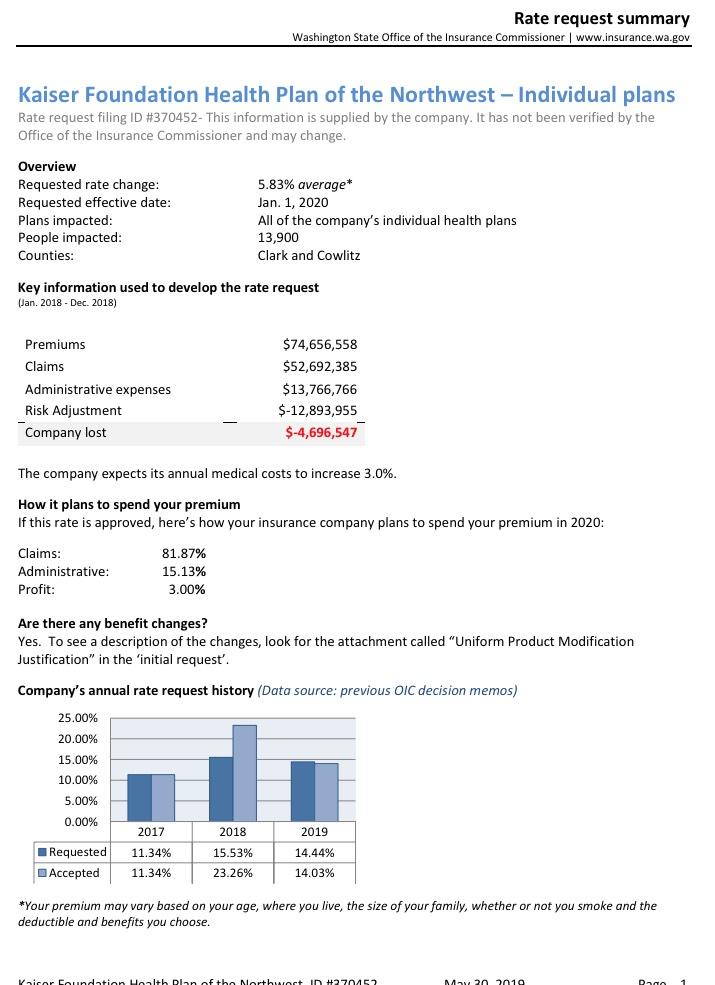 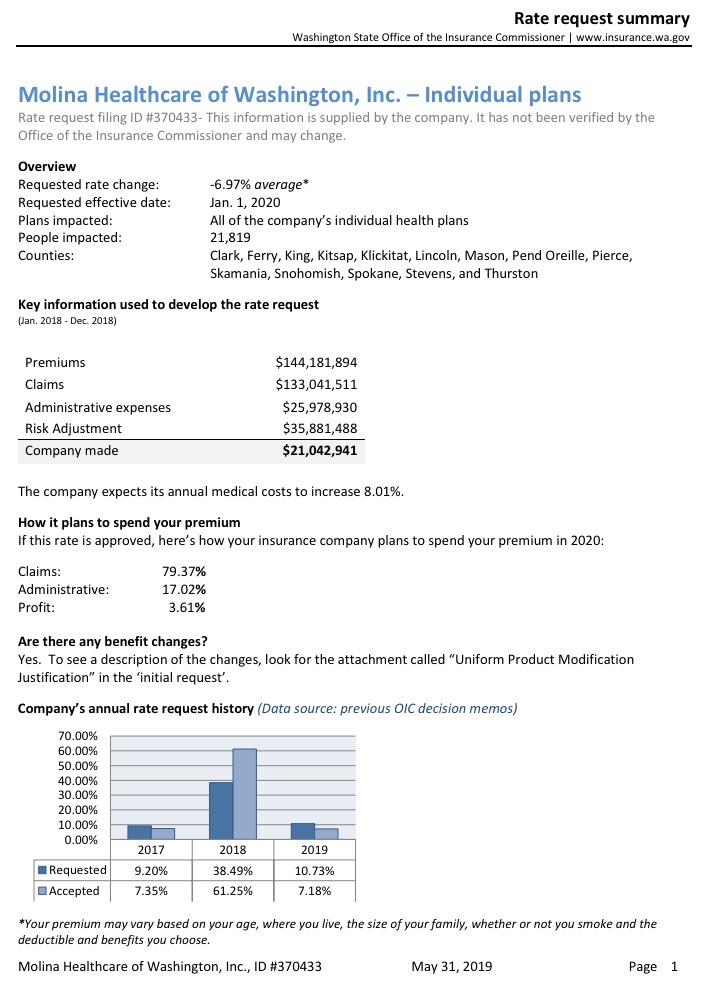 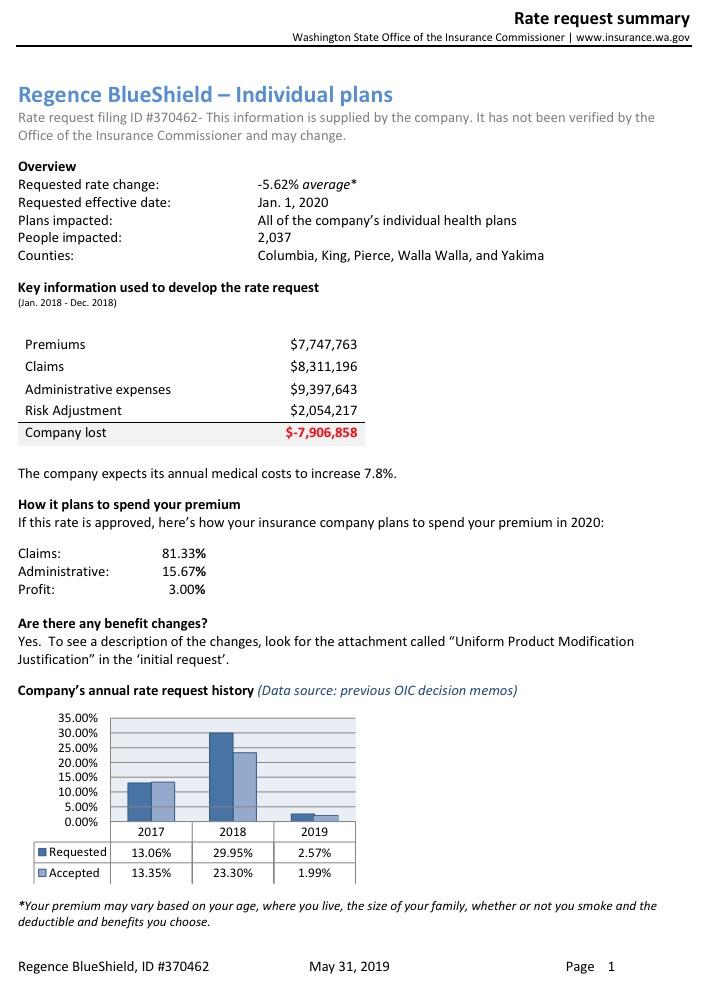 I was also able to plug in the small group market rate filings...it looks like the total enrollment is roughly the same as the individual market, but average premiums are actually going up around 6.7% next year on average (I don't know what the average dollar figure is, however).