Michigan: 20,000 *more* would lose coverage post-ACA repeal than just a few weeks ago.

Case in point: As of the beginning of January, roughly 640,000 Michiganders were enrolled in "Healthy Michigan", our name for ACA Medicaid expansion. By the end of January, that number had increased to just over 646,000.

Well, I just happened to check the Michigan Dept. of Health & Human Services website, and as of yesterday (2/27/17), that number had increased even more...and now stands at 666,728 people, over 20,000 higher than four weeks earlier. 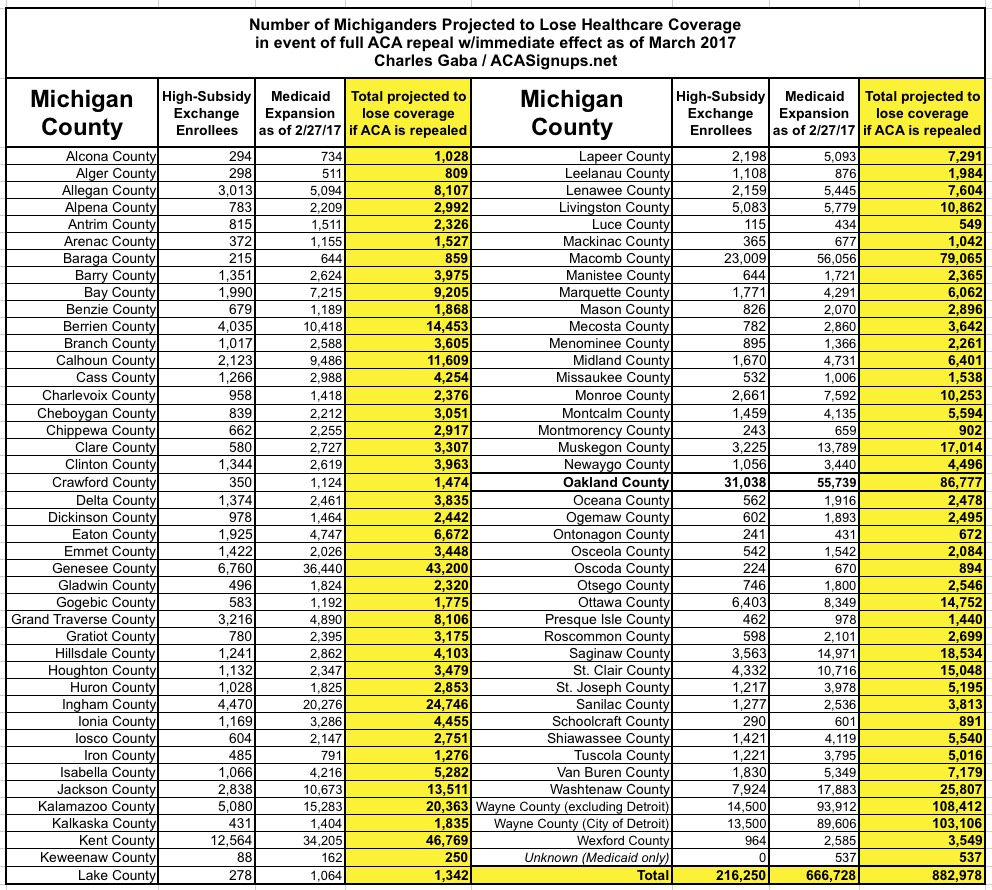 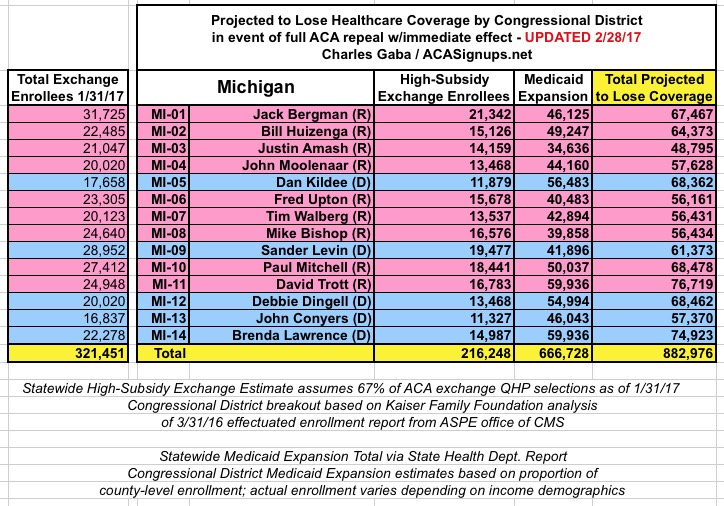 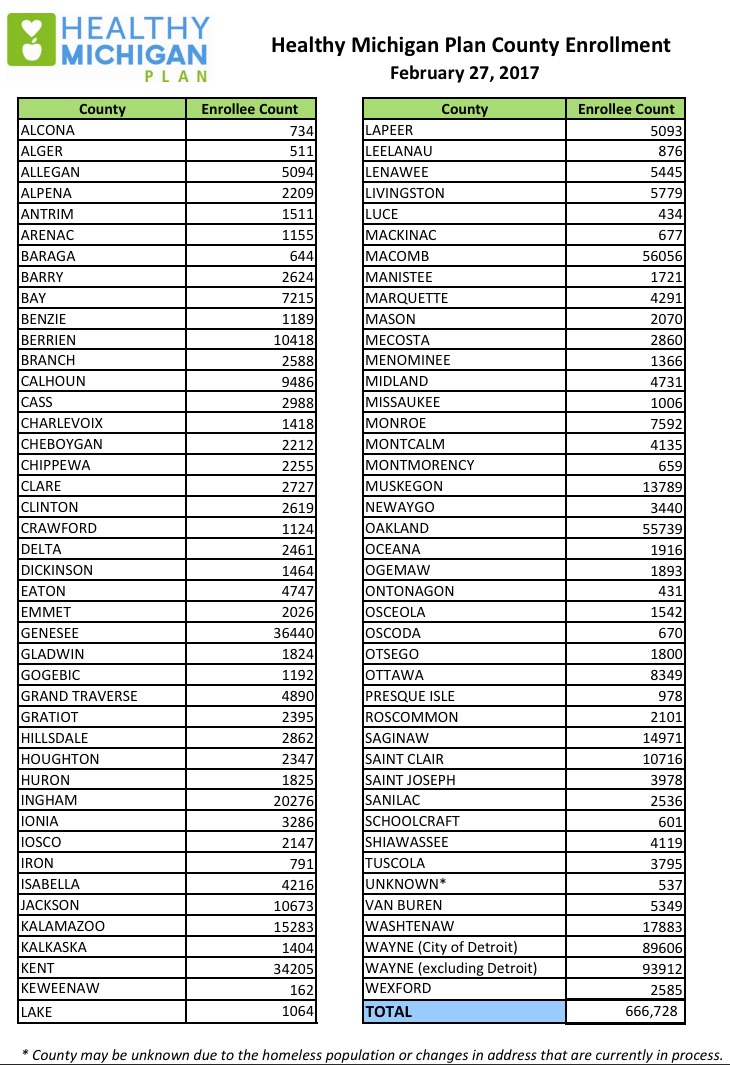