Over the past couple of weeks, I was touting not one, not two but three different local healthcare forum/presentation events I participated in which all just happened to take place within a two week period. The first was sponsored by Birmingham (Michigan) Indivisible; the second by the Ferndale Area Democratic Club; and the third (and by far the largest in both attendance and promotion) was sponsored by Fems for Change. There were perhaps 20 people who attended each of the first two, and nearly 100 for the third.

In all three cases, the featured speakers included myself (advocating for the "Medicare for America" universal healthcare proposal) and someone else advocating for "Medicare for All" (both the House and Senate versions), although Medicare for All had a different representative at each event. The third one actually featured five speakers total--besides the two of us, there were also staffers present from both Representative Haley Stevens (MI-11) office (to speak about ACA 2.0) and from Senator Debbie Stabenow's office (to speak about her "Medicare at 50+" proposal).

The Fems for Change event also featured an excellent keynote speech by Marianne Udow-Phillips, Director of the Center for Health & Research Transformation. She did an excellent job of giving more of a big picture of the main problems with the U.S. healthcare system and a general overview of the four different healthcare reform bills which we were there to provide more detail about.

I didn't catch the name of the MFA guy at the first event. The Ferndale Dems presenter was Kyle Minton, with Democratic Socialists of America (see tweet/photo), and the MFA guy at the Fems for Change event was Eli Rubin of Michigan for Single Payer Healthcare.

All three events went pretty well, but perhaps the most important takeaway is summed up in Kyle's tweet above and the photo below. In all three cases, for all the bickering and acrimony on social media between MFA-die hard activists and "Incremental" healthcare policy reform advocates like myself (although Medicare for America is a lot less incremental than the word suggests), when we were actually presenting our cases for the two proposals, things were actually pretty cordial and friendly.

Eli Rubin even gave me an unexpected and extremely gracious personal shout-out for helping provide some guidance during the desperate Repeal/Replace debacle of 2017, although I think his claim that I was personally responsible for "1-2% of the ACA's approval spike" during that time is overstating things quite a bit. I appreciated it, though.

In fact, we agree on about 80% of what the vision for the future of healthcare policy in America should be...and the point was repeatedly emphasized at all three events that whatever differences there may be between the MFA and Med4Am crowd when it comes to healthcare reform, they pale in comparison to the GOP's "vision"...which has pretty much been either (at best) no vision whatsoever or, at worst, to consistently attempt to tear healthcare coverage away and/or make it more difficult for people to access or afford.

All three events gave me hope that when the dust settles and universal healthcare reform becomes a real possibility, the actual overhaul which ends up being pounded out and (hopefully) becomes the law of the land will be mostly accepted...well, at least by the 2/3 of the country which hasn't gone completely over to the dark side, anyway... 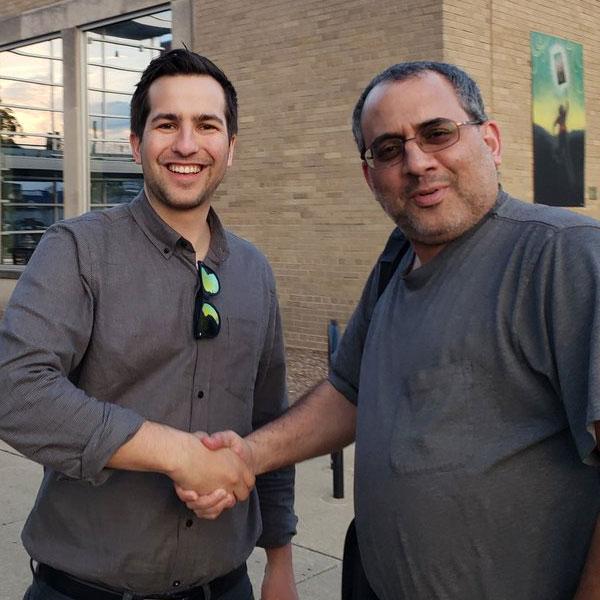 For what it's worth, I've attached a PDF copy of the PowerPoint presentation I used at these events. Most of it is just a rehash of graphics and info which has already been posted here at ACASignups.net, but it might be useful to some.