It's been several weeks since the most recent state was added to my 2017 requested rate change project (Michigan, with a weighted average of 17.2%). There are 15 states remaining...or rather 14 now, because Montana has finally posted their filings for 2017. Here's what the requested changes look like:

Montana's entire individual market was around 70,000 people back in 2014, and has likely grown to around 87,000 today, so it looks like pretty much everyone is accounted for above (the remaining 9,000 or so are presumably enrolled in grandfathered policies; Montana is among the few red states which didn't allow transitional plans).

As for the actual requested rate hikes...ouch. BCBS is seeking a whopping 62% average increase, and since they own 70% of the individual market, that means a statewide weighted average of right around 50% even. Things aren't as ugly on the small group market, but that 27.5% average is still pretty ugly. 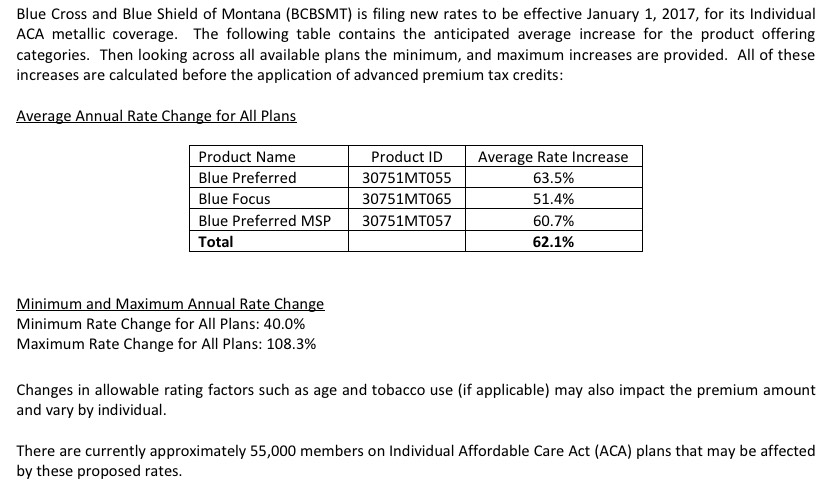 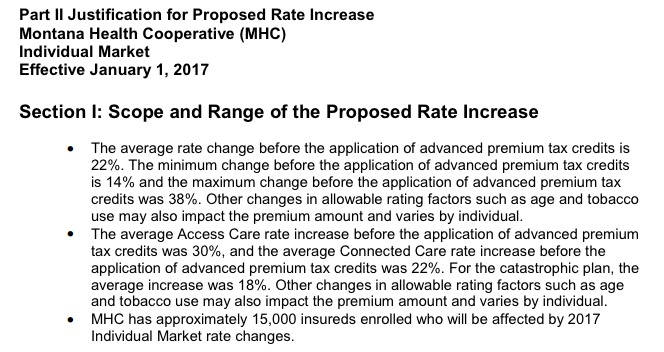 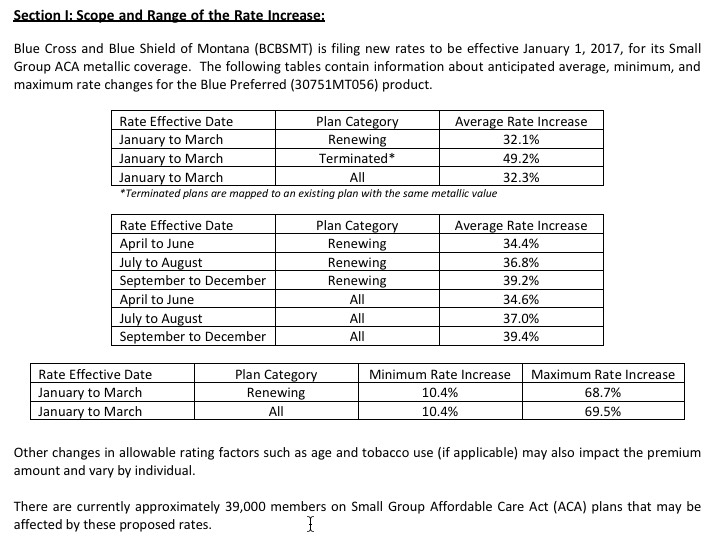 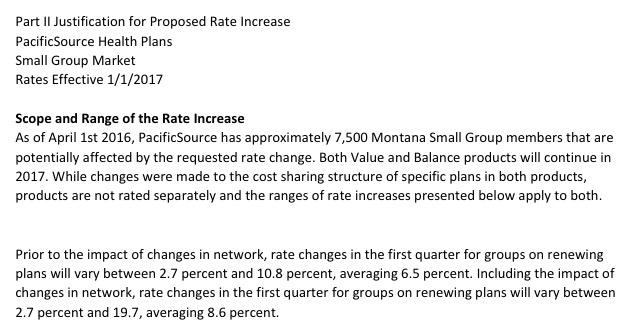